The Original 'Child's Play' Soundtrack Is Coming to Vinyl

Joseph Renzetti's score was last on the format in 1989

By Calum Slingerland
Published Oct 15, 2019
Having recently brought the soundtrack for the recent Child's Play reboot to vinyl, Waxwork Records has now announced plans to do the same for Tom Holland's 1988 original.

The label will bring Joseph Renzetti's score for the original Child's Play back to wax as a 2-LP set on 180-gram "Chucky" coloured vinyl. A selection of Renzetti's music was previously treated to a vinyl release in Europe in 1989 following the film's release.

Waxwork's new package will feature Renzetti's complete score, remastered for vinyl from the original master tapes. The release also features new cover artwork from Phantom City Creative (seen above), while both records will be housed in a tip-on gatefold jacket with satin coating.

You can see more photos of the package and vinyl within below.

Renzetti's hybrid of electronic and orchestral elements is said to swing "from hellish soundscapes to driving, chase-like rhythms in violent fashion." The soundtrack is now available for purchase. 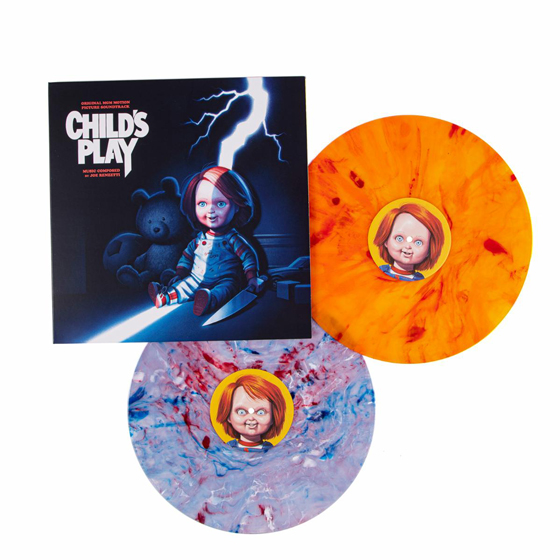 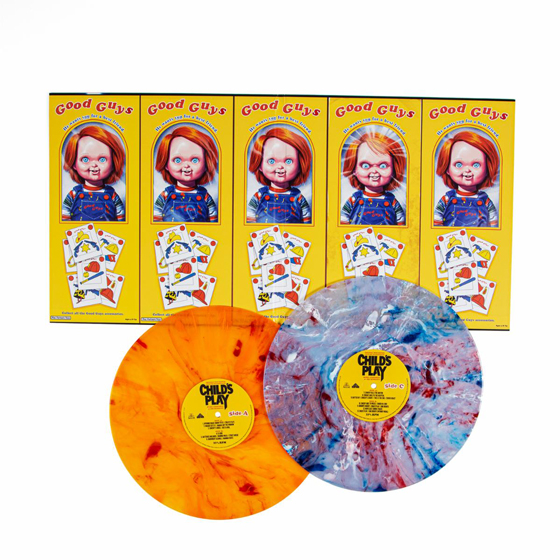