By Gregory Adams
Published Oct 17, 2014
Sleater-Kinney's career-spanning Start Together box set officially hits stores next Tuesday (October 21) through Sub Pop, but it's looking like there could be even more music coming our way from the Olympia, WA-bred indie rock trio.

The Wondering Sound blog [via Pitchfork] managed to get an early copy of the collection, which they report includes an unmarked 7-inch with a supposed new tune from the group.

Despite having the hard copy of new music in the box, the paper sleeve for the single also features the date 1/20/15 written on its label, along with the signatures of band members Carrie Brownstein, Corin Tucker and Janet Weiss on the wax itself.

While an early tracklisting leak suggested the track included on Start Together was called "Bury Our Friends," Wondering Sound used the Shazam app while listening to the 7-inch and yielded an image of dead flowers and the title "No Cities to Love" (you can see that below). Wondering Sound suggested this could in fact be the name of a new album. Nothing, mind you, has been confirmed by the band or Sub Pop.

You can also sample the track in question below via Stereogum. 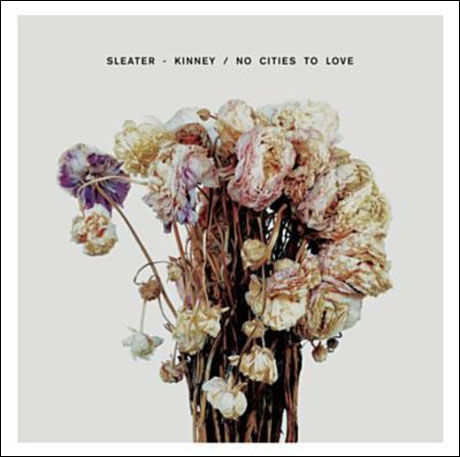 You heard it here first: the first new #SleaterKinney song in 9 years! The song's called "Bury Our Friends" and appears in their new box set on a surprise 7" marked "1/20/15." Check out Stereogum.com for more on the rumored new album.