By Josiah Hughes
Published Nov 17, 2015
Thinking back on our time in elementary school, pop quizzes definitely fall into the category of shit we don't like. That said, students at Chicago's John Fiske Elementary School were recently treated to a test on the life and career of one Chief Keef.

As the Chicago Sun-Times reports [via Fake Shore Drive], a substitute teacher treated a sixth grade class to a study in Sosa. The grammatically iffy questions included "What Kanye West's song was Chief Keef featured in?" and "What was Chief Keef debut album?"

One concerned parent named Katrina Sanders had plenty to say about the quiz, telling the Sun-Times, "I had never heard of him. But after careful research I found out that his music is about having sex, using the 'B' word, anti-police and supporting gangs."

"What happened to the musical composers?" she continued. "The music that this teacher is presenting is the very thing that the children don't need: profanity, drugs and acting as if being arrested is a badge of honor."

According to DNAinfo, Sanders became increasingly concerned when her son came home from school with questions about the Illuminati.

A screenshot of the substitute teacher's curriculum also suggested that other topics discussed in the classroom were the lives and careers of Chris Brown, Fetty Wap and Tyga: 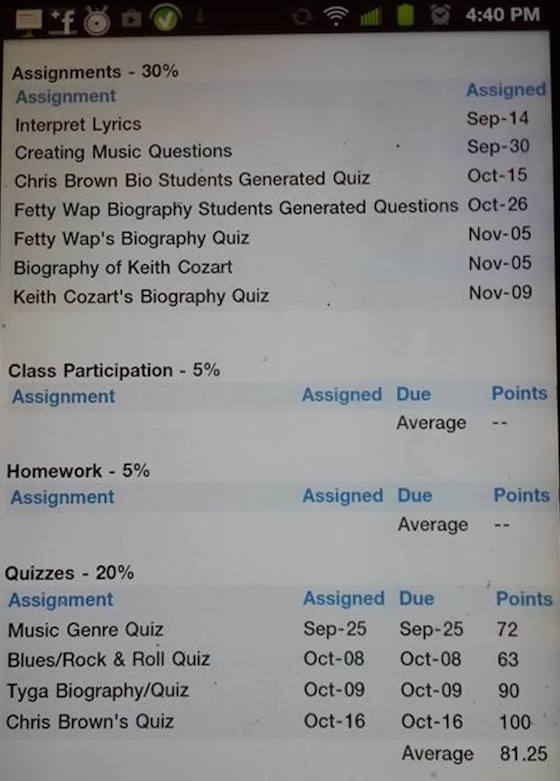 Thanks to DNAinfo, you can also try your hand at the Chief Keef pop quiz below. Are you smarter than a 6th grader?