By Matt Bobkin
Published May 03, 2018
Montreal is an easy city to mythologize. Its cheap rental prices, vibrant art scene and European charm have lured in many a wide-eyed dreamer (myself included), language barrier be damned. Smack dab in the heart of French Canada, the city has churned out a series of renowned scenes, from the Franco psych-folk of the '70s (Robert Charlebois, Harmonium, Beau Dommage) to the punishing torrent of post-rock in the late '90s and early '00s, centred around Constellation Records and their flagship band, Godspeed You! Black Emperor.

The city's legend grew as the aughts rolled onward, culminating in the largest wave of international acclaim at the height of indie's peak. The likes of the Unicorns, Arcade Fire and Wolf Parade helped establish Montreal as one of the cores of the largest independent rock boom, alongside New York, Austin and Toronto.

But by 2008, the scene had hit a tipping point. While Arcade Fire and Wolf Parade were enjoying international fame on the heels of their sophomore albums, the Unicorns were long gone and their afterglow was fading fast on main offshoot Islands. Land of Talk were recording their long-awaited debut LP with future indie icon Justin Vernon; the Dears had just parted ways with almost all of their longtime lineup; and while Patrick Watson had won the Polaris Music Prize, his majestic folk was failing to catch on with international audiences.

The crop of bands that had established the city as home to one of indie rock's most fertile scenes was either establishing themselves as part of the international zeitgeist, or rapidly falling out of it.

Plants and Animals dropping Parc Avenue came like a sigh of relief. The three-piece — guitarist Warren Spicer, bassist Nicolas Basque and drummer Matthew "Woody" Woodley — had been around since 2003, largely as a vocals-averse folk-prog outfit heavily influenced by the city's storied post-rock scene. Over time, they had slowly indulged in their orchestral tendencies, pushing Spicer's vocals to the fore.

Embodying the wide-eyed wonder that had driven the scene's best albums, Parc Avenue was an exuberant tour-de-force that oscillated consciously between ragged, breathtaking symphonics and subdued, folksy musings. The artwork, featuring the band and no fewer than 20 of their friends, relatives and collaborators, paralleled the record's sound, packed with arrangements seemingly designed to shoehorn in as many contributors as possible. Woodwinds, horns, strings and several choirs all have their moments on Parc Avenue. 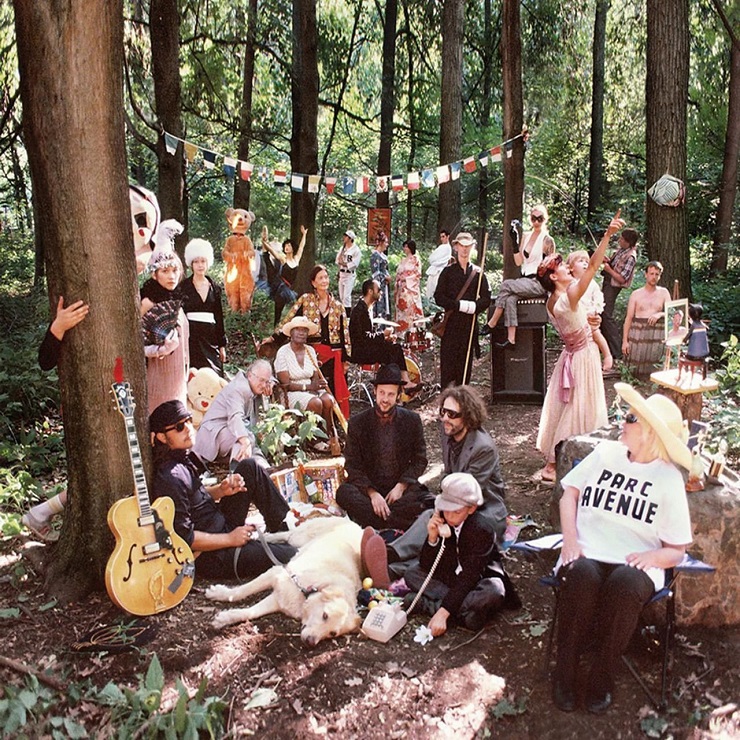 When Parc Avenue hit shelves on February 26, 2008, the fourth release on emerging local label Secret City, the accolades quickly poured in. The record netted them stories on the covers of since-shuttered alt-weeklies Montreal Mirror and Hour; positive reviews from the likes of Exclaim!, Pitchfork and Under the Radar; and a spot on that year's Polaris Music Prize shortlist.

Coming a week after Jagjaguwar's re-release of Bon Iver's For Emma, Forever Ago and a few months before Fleet Foxes' self-titled debut, Parc Avenue was Canada's champion in the rise of indie folk. But in the following years, the band eschewed their folk leanings for echo-y electric guitar on sophomore album La La Land, released in 2010, giving the new sound a bit more bite while retaining their childlike exuberance.

By that point, the world had moved on — reception for La La Land was decidedly more lukewarm, and that trend continued for 2012's The End of That. The band's fourth album, Waltzed In from the Rumbling, marked a return to Parc Avenue's lush folk, and with it came renewed interest, but still nothing resembling the band's debut.

When the band revived Parc Avenue for its 10th anniversary on a short tour earlier this year, it was as if the missteps of the past few years were erased. Whereas many of their Montreal contemporaries were too big for the tour's smaller venues — among them Toronto's Horseshoe Tavern and new Montreal venue Le Ministère — Plants and Animals comfortably packed those houses.

The Montreal music scene blew tender, intimate observations up into fist-pumping rock epics, and Parc Avenue was no different. But whereas the songs from Funeral and Apologies to the Queen Mary are now enjoyed in a live setting in packed, cavernous venues, Parc Avenue retained its intimacy. At the Horseshoe Tavern show, the crowd hollered and sang at the top of their lungs.

Parc Avenue was the last record from Montreal's halcyon days. Now, Plants and Animals are the last band standing.