'Fight Club' OST Gets New Vinyl Release, but You'll Have to Destroy the Cover If You Actually Want to Play It

By Calum Slingerland
Published Nov 14, 2016
Way back upon its release in 1999, we called David Fincher's Fight Club a masterpiece, a tour de force, and one of the most powerful films of our time. Now, the film's original score is set to come back to vinyl thanks to the soundtrack aficionados at Mondo.

Famously scored by the Dust Brothers (and standing as their only film score to date), the release marks the score's first appearance on vinyl in 15 years. The upcoming 2xLP package will come on pink soap-coloured wax as you can see in an unboxing video below.

Mondo had this to say about the Dust Brothers' score:

The Dust Brothers only film score to date, Fight Club is arguably one of the most enjoyable soundtrack albums to come out of the 90's and part of that has to do with the fact that it's one of the best sequenced scores of all time. Weaving all of the films cues from the film into 16 songs, the album winds up feeling like the best instrumental Trip-Hop album you've never heard.

The sleeve and packaging artwork was designed by Alan Hynes, with its IKEA furniture theme and penguin graphic lending clever nods to the film. As you'll also quickly notice in the video below, you'll actually have to rip open the cover if you want to play the records inside.

Mondo adds: "Buy it or you will be incomplete. But be warned, this album will not stay beautiful, clean or perfect. It will not stay mint, or even VG+. It will become fair at best. Just like you."

Mondo is set to release put the release on sale this Wednesday (November 16) at noon CST. Take a look at the packaging below. 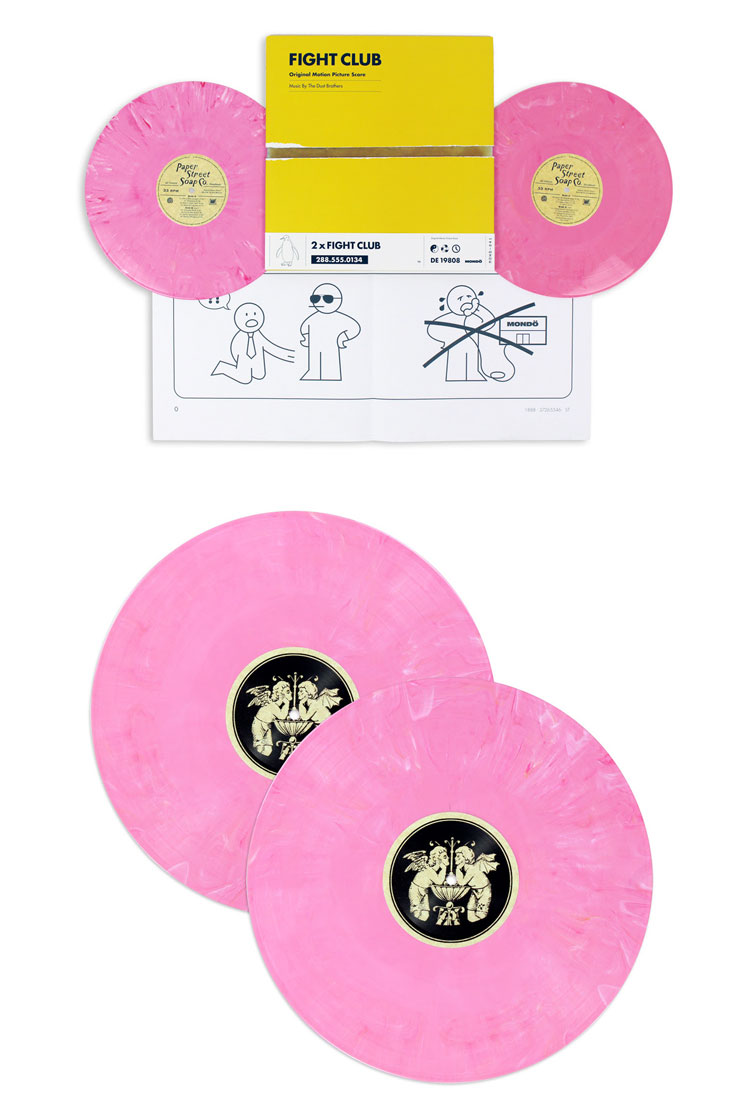