By Gregory Adams
Published Jan 12, 2015
In an announcement that's bound to blow some minds, film score authorities Mondo have revealed they'll be delivering the music from Canadian body horror icon David Cronenberg's Scanners and The Brood on a single slab of vinyl tomorrow (January 13).

The Mondo blog confirmed that the label has teamed up with Howe Records for a release placing Howard Shore's score to 1981's Scanners on the A-side and his "The Shape of Rage Suite" for 1979's The Brood on the flip.

"Cronenberg put no restrictions on me at all," Shore said in a statement of working with the filmmaker. "He talked to me as if I were part of the acting ensemble. It was a very pure way of writing music, and he would make only very minor tweaks once I recorded it. You were allowed to achieve whatever you wanted to achieve given the subject matter."

The limited-edition release is described as a "two cover" LP, with new artwork from Sam Wolfe Connelly being featured on both sides of the jacket. Scanners is above, while The Brood is below.

Likewise, colour variants are modelled after the two films, with the Scanners variant being pressed on "cream with brown & red splatter" to mimic the psychological horror's infamous head explosion scene. The Brood-inspired vinyl appears on "gray with green splatter," so as to reflect film character Nora's external womb.

Side B: The Brood: 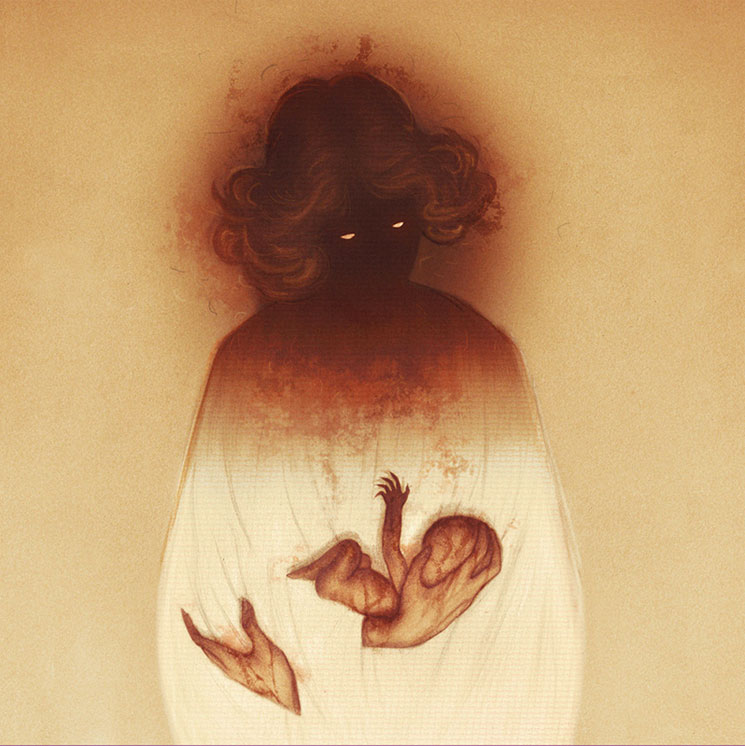