An Essential Guide to Ryan Adams

By Sarah Murphy
Published Jul 14, 2015
Ryan Adams has come a long way since his days as the wild child of Whiskeytown. From the hard-drinkin', harmonica-slingin', blues-singin' alt-country poster boy, to the rebellious rocker, to the guy that had to step out of the spotlight to cope with a crippling case of Ménière's disease, to the rejuvenated, seemingly more relaxed, cat-obsessed tweeter that recently returned to the stage, the musician has never pigeonholed himself into a particular public persona.

His music has changed just as drastically over the years, with releases running the gamut from experimental metal albums to acoustic 174-song live collections. His last studio album arrived self-titled last year, and since then he's already unveiled an impressive series of 7-inch singles, the staggering Live at Carnegie Hall box set and a vinyl reissue of his 2000 solo debut Heartbreaker.

Few artists have accumulated the sort of catalogue that Ryan Adams has, and navigating the enormous wealth of output is not an easy task for new listeners — so, we've done the hard work for you. Exclaim! has compiled our Essential Guide to Ryan Adams, offering a selection of suggested entry points into the singer-songwriter's extensive, ever-evolving, and always interesting musical history. 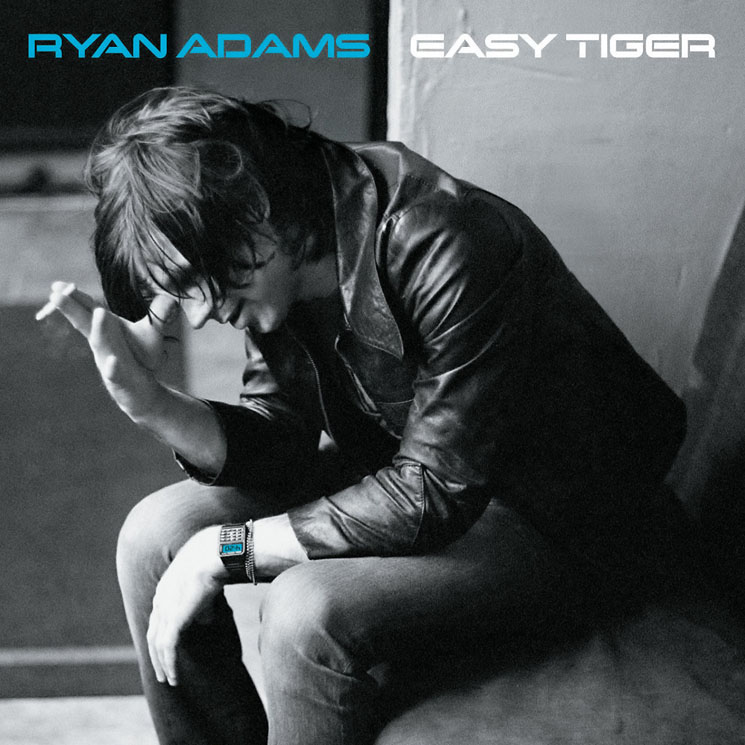 Easy Tiger marked a comeback of sorts for Adams — serving as his first solo LP after a string of releases with the Cardinals, as well as his first record following treatment for a substance abuse problem that saw the dude speedballing cocaine and heroin on the regular. Slick and shiny production makes it one of the more easy listening options from an artist with a musical catalogue that's anything but simple, but it still hears Adams firing off some classics. Regaining some of his country swagger (in part thanks to backing contributions from the Cardinals), Adams opens the album with a one-two punch of the twangy, guitar-driven "Goodnight Rose" and soundtrack-friendly, Sheryl Crow-featuring "Two." That bluegrass spirit rears its head again on banjo-heavy ditty "Pearls on a String," but it's the contrast between the bombastic drama of "Halloweenhead," the heartbreaking vocals, acoustic picking, and piano emphasis on "Oh My God, Whatever, Etc." and the sweet-sounding blend of romance and sadness on the revamped "These Girls" (formerly "Hey There, Mrs. Lovely) that really highlight his talent as a songwriter. 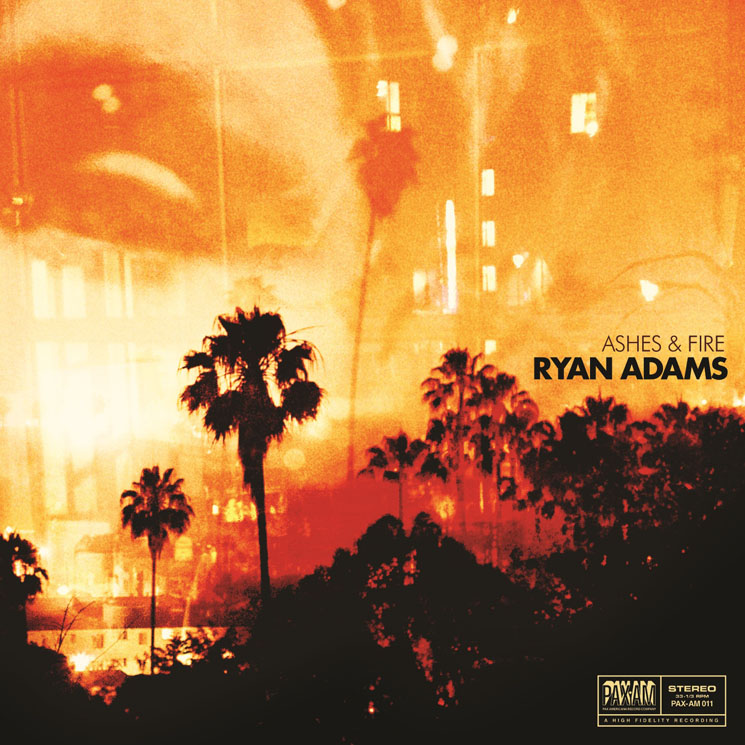 After disbanding the Cardinals in 2009, Adams went on hiatus, taking the time to cope with a debilitating case of Ménière's disease, marry Mandy Moore, and finally leave New York to live in California. Ashes & Fire served as a triumphant return and hears Adams at his happiest and most laid back, waxing poetic on the electric piano and singing about dancing in a downpour ("Dirty Rain"), delivering old-timey bluesy romance ("Ashes and Fire") and offering up an oddly upbeat, orchestral bounce on single "Chains of Love." That unusual levity is still balanced by a quiet reservedness on tracks like "Come Home" and "Kindness," but even on the slower, gentler numbers are doused in an analogue warmth — courtesy of his PAX-AM Studio. The record also marked Adams' first full-length solo album to get released on his PAX-AM label, allotting him a previously unheard musical freedom; not only does his fearlessness to experiment shine through on Ashes and Fire, but so does his rejuvenated love of the craft. 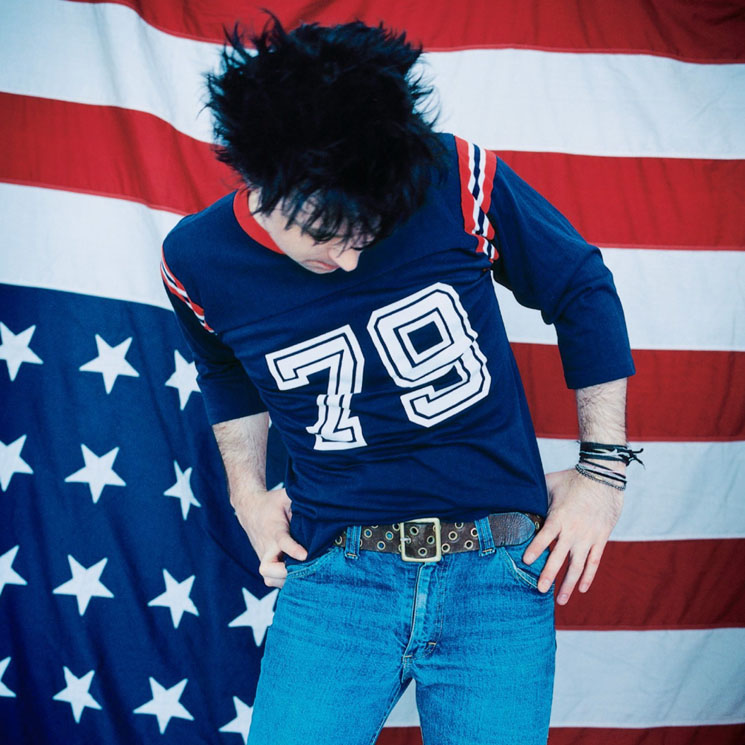 The much-anticipated sophomore offering, Gold finds Adams at his most palatable, creating a collection of songs that perfectly toes the lines between pop, rock and country. If the sound alone wasn't enough to garner generate mass appeal, the record dropped two weeks after the 9/11 attacks and "New York, New York" became a de facto anthem for the city after Adams performed it on The Late Show with David Letterman that fall. The American flag on the album sleeve probably didn't hurt sales either. "Firecracker" is a harmonica-fuelled love song that has managed to stand the test of time without falling into the realm of total cheese, while the self-deprecating, voice-cracking Adams heard on "Answering Bell" is still totally endearing. There are still the token songs to wallow to ("La Cienega Just Smiled," "Sylvia Plath," "Harder Now That It's Over"), but on the whole, Gold is a solid, accessible introduction to an artist that hasn't played it this safe since. 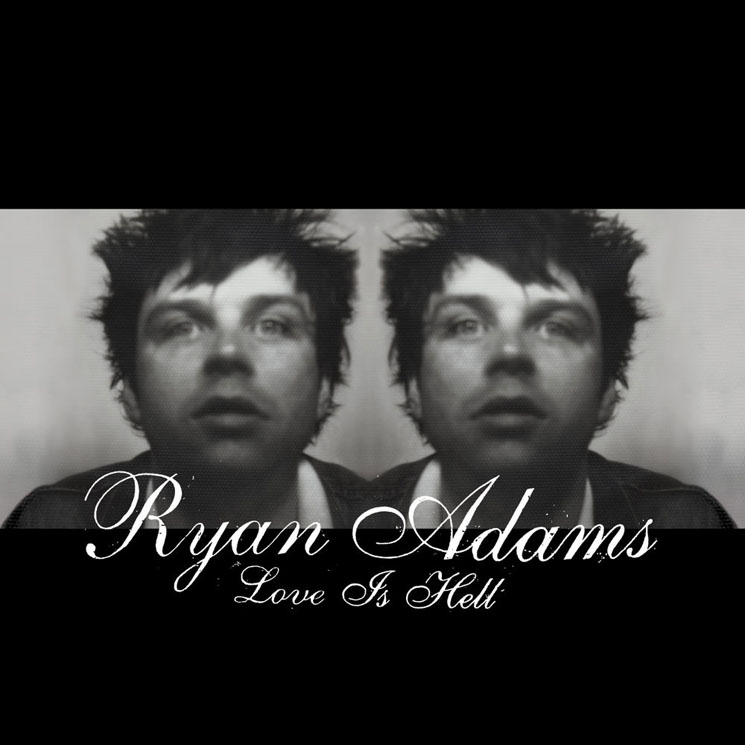 Nope, not a misnomer. This album is dark and painful and documents Adams at his most damaged, but the results are stunning. The songs are often sparse and propelled by piano, while Adams' vocal delivery ranges from a broken whisper to strangled falsetto to frustrated yells — sometimes all in the same song ("Political Scientist"). "Afraid Not Scared" is a bone-chilling ballad, while "This House Is Not for Sale" brings the energy up a bit with a burst of the rock-tinged alt-country sound Adams built his career on, and both are still frequent additions to live sets. We hear Adams at his most desperate ("Anybody Wanna Take Me Home," "Please Do Not Let Me Go"), distressed ("Avalanche," "I See Monsters"), and at odds with the city of New York that he long called home and once propelled him to a post-911 alt-rock icon ("City Rain, City Streets," "Hotel Chelsea Nights"). A documentation of the artist at his lowest of lows — hell, he even managed to make Oasis' nonsensical, singalong radio hit "Wonderwall" depressing — Love Is Hell is by no means an easy or necessarily enjoyable listen, but one that gives listeners a voyeuristic glimpse into a really fucked-up period in the songwriter's musical and personal evolution. 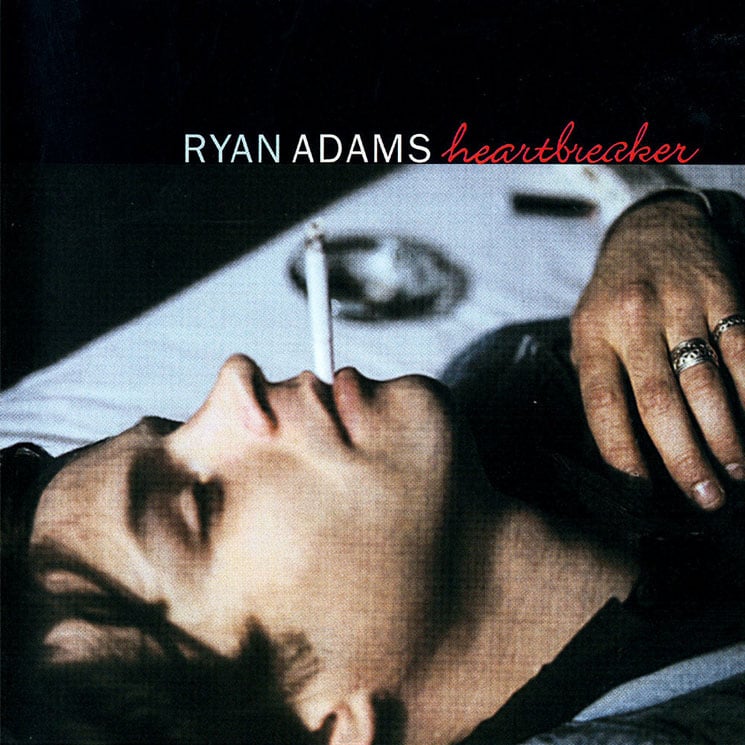 From an artist who has managed to build a career on making a lot of pretty good records, Heartbreaker is Adams' undeniable masterpiece. His solo debut following the implosion of Whiskeytown, the record opens with Adams and David Rawlings arguing about which Morrissey album "Suedehead" appears on before launching into the honky-tonk blast of "To Be Young (Is to Be Sad, Is to Be High)." It's a rare moment of lively, rock-tinged, country twang (that really only resurfaces on "Shakedown on 9th Street") before the album spirals into a melancholy set of slower-paced, deeply personal bluesy folk songs. A gorgeous sadness permeates the 15-track collection, perhaps nowhere more so than on the heart-wrenching ode to a wandering soul, "Oh My Sweet Carolina." Acoustic guitars, strings and piano add some expertly arranged drama to the song, but it's Adam's raw, honest voice and Emmylou Harris's perfectly paired harmonies that stick with the listener long after the song ends. "Come Pick Me Up" stands as the album's other classic track, delivering a menacing, harmonica-fuelled anthem for the lovelorn and bitter. That unfiltered, primal emotion weaves its way through the entire album, giving the listener a cutting, cathartic glimpse into Adams' process of turning pain into beautiful music. 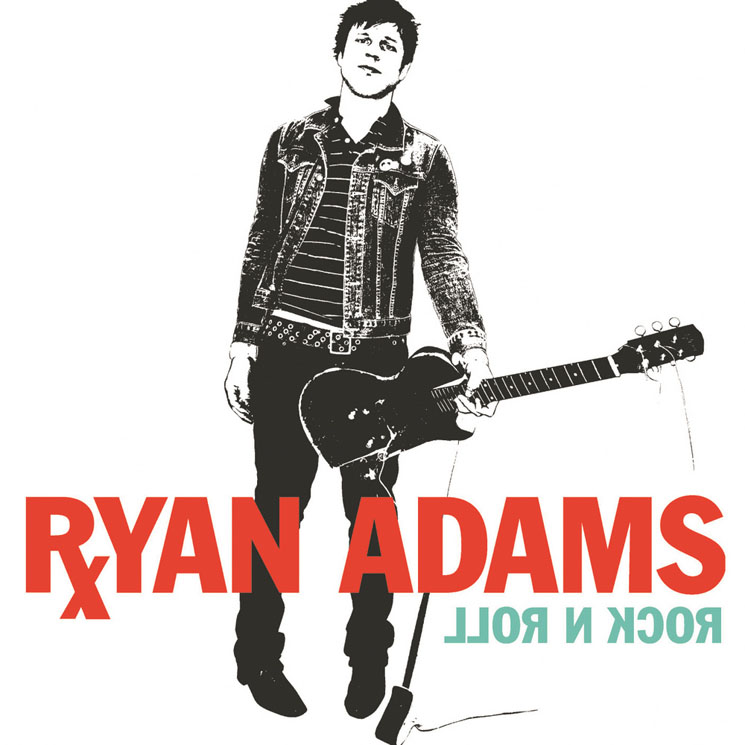 Once you've fallen under Adams' spell, you'll probably find most of his back catalogue worth at least a listen. For the uninitiated, though, there are a few efforts you can probably skip over for now. Despite giving treasures like "Desire," "Dear Chicago" and "Tomorrow" a home, Demolition falls a little flat. It couldn't quite follow the commercial success and mainstream pop-rock appeal of Gold, but also failed to return entirely to his alt-country roots, leaving it in a strange limbo.

Rock'n'Roll served as the follow-up to Demolition, but only because his label Lost Highway refused to release Love Is Hell at the time. Plagued by over-production, an affected bravado and guest appearances from unlikely collaborators like then-girlfriend Parker Posey, Melissa Auf der Maur and Billie Joe Armstrong, the album took its name a little too seriously, pelting the listener with obnoxious guitar licks at every opportunity and really hammering home the theme of living a life of excess. Obviously serving as a form of release for Adams, who claims it was one of the more fun records he's ever recorded, Rock'n'Roll just seems to be covering up Adams' real talent with unnecessary noise.

And it probably goes without saying that if you want to gain a cursory understanding of what Adams does, you should leave endeavours into metal like Orion and his Dio tribute album on the shelf until you're better acquainted. 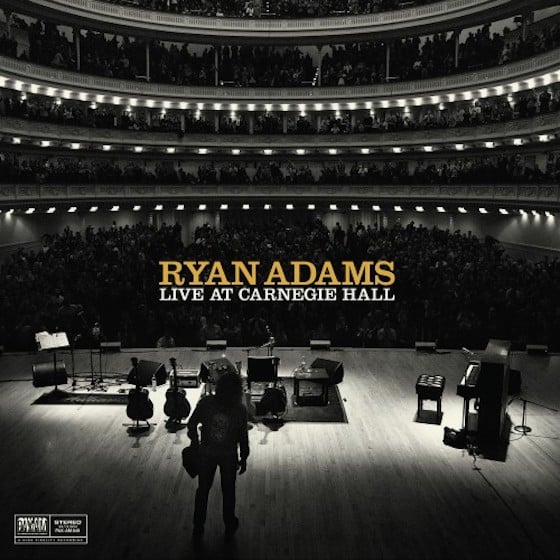 Once you've conquered the solo work, take a trip down memory lane to revisit Adams' early days with Whiskeytown. The band's 1995 debut Faithless Street is perhaps the strongest, blasting out alt-Americana classics about drinking and small-town U.S.A. like "Midway Park," "Too Drunk to Dream," the Caitlin Cary-sung "Matrimony" and the strung-together-in-the-studio, honky-tonk jam "Hard Luck Story." It's cuts like the title track and "Excuse Me While I Break My Own Heart Tonight" that really foreshadow the solo artist that Adams would become. Strangers Almanac (1997) and Pneumonia (released in 2001, after the band had broken up) are also well worth repeated listening.

Despite the solo artist label, Adams has constantly collaborated in his music making, most notably with the Cardinals. Formed in 2004, the ever-revolving lineup (which currently only features one founding member, Brad Pemberton) gave Adams an outlet to indulge his more psychedelic, jam-rock tendencies. Their 2005 debut Cold Roses is a bit of an over-indulgent monster of a record with 18 tracks, though standouts like "Magnolia Mountain, " "Easy Plateau" and "Let It Ride" are still live staples for Adams. Released the same year, Jacksonville City Nights is a tighter offering, and a must-hear for anyone partial to the sound of a pedal steel guitar.

Finally, the recently released Live at Carnegie Hall box set is a charming and comprehensive live record that really showcases Adams' career highs and proves that he's nowhere near finished yet.  Recorded in November 2014, the set features songs from across his career — from Heartbreaker to Ryan Adams — but it also showcases his personality, which (these days) is more akin to a stand-up comedian than a young drunk punk that might ask you to leave the show if you hound him to play "Summer of '69." It's a genuinely touching, hilarious and fantastic-sounding live album that demonstrates just how staggering — both in quality and quantity — Adams' body of work truly is.