David Bowie's Characters Detailed in 'The Official Handbook of the Bowieverse'

By Calum Slingerland
Published Feb 03, 2017
From Ziggy Stardust to the Disco King, David Bowie's musical universe is dotted with a number of colourful characters, and a new illustrated character guide is set to explore the many figures that have been written into the Thin White Duke's songs.

The Official Handbook of the Bowieverse, written by Alex Firer and illustrated by Kenny Keil, promises profiles of "all the greatest heroes and villains of the Bowieverse" including details on "histories, strengths, weaknesses, and special powers of the astronauts, giant hands, prayer machines, queen bitches and laughing gnomes."

As you can see in the excerpts below, vital stats are provided for everyone from Major Tom of "Space Oddity" and "Ashes to Ashes," to the Hand Reaching Down for Me from "O You Pretty Things." A map to the world of Diamond Dogs, which you can also find below, will be included with the book.

The book arrives a little over a year after Bowie's passing, a year that has seen him also immortalized in postage stamps and have his final recordings released on a new EP.

The Official Handbook of the Bowieverse can be purchased in physical and digital editions through Devastator Press over here. 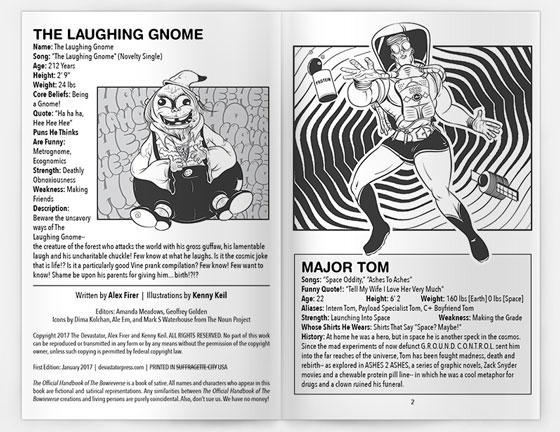 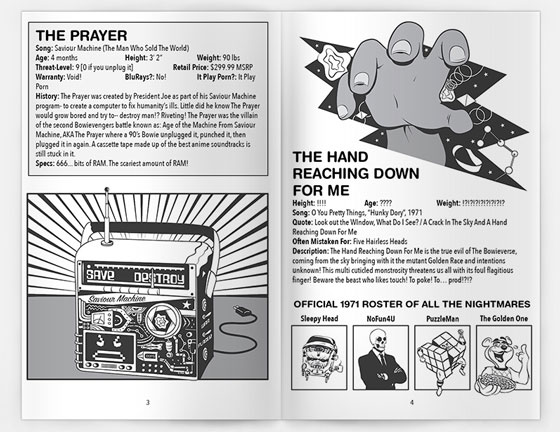 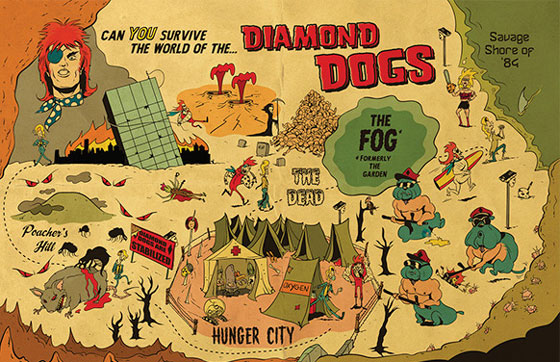