By Alex Hudson
Published Mar 24, 2020
Bright Eyes recently reunited for the first time since 2011. Now, Conor Oberst's band have released a new single called "Persona Non Grata" and confirmed that they will put out a new album in 2020.

The song is a dramatic piano ballad that swells with pounding drums and even some bagpipes. With its poetic lyrics and tense sense of melancholy, it has the vibe of classic Bright Eyes. In a statement, the band explained that their new songs "are all quite different, but this one seemed as good of a place as any to start."

The statement also notes that, while Bright Eyes are currently reassessing their touring plans due to coronavirus, they "will be releasing a new album this year no matter what."

Hear the song below, and scroll past that to read the full statement. 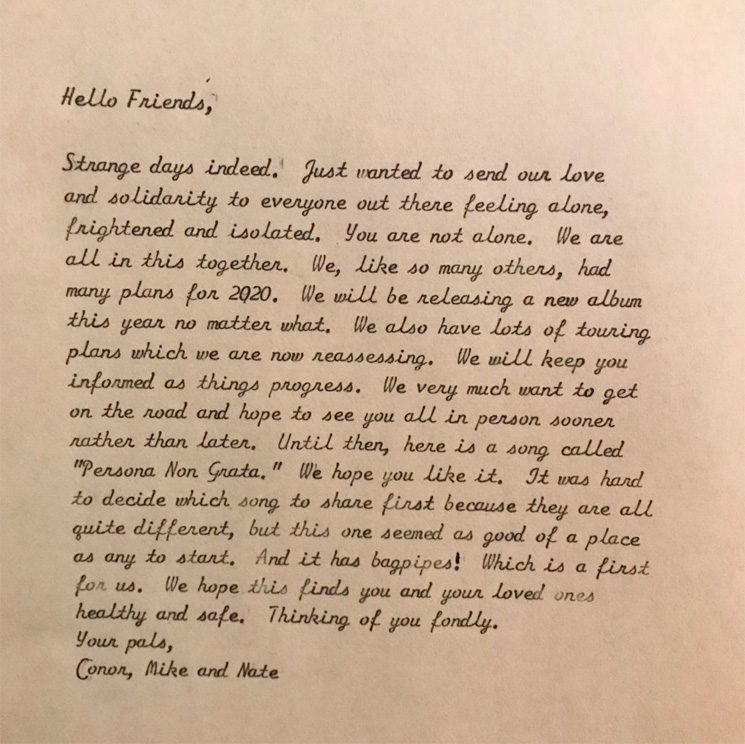