By Brock Thiessen
Published Jan 19, 2016
Following a recent leak, the Bonnaroo Music and Arts Festival has unveiled its official lineup. The reveal was made on Conan, with the titular host revealing the acts set to play the 15th edition of the fest in Manchester, TN, from June 9 to 12.

As previously reported, headliners include LCD Soundsystem and Pearl Jam, along with Dead & Company, a new collaboration between members of the Grateful Dead and John Mayer.

You can see all the acts set to play at the fest over on its website, where you can also get ticketing info. 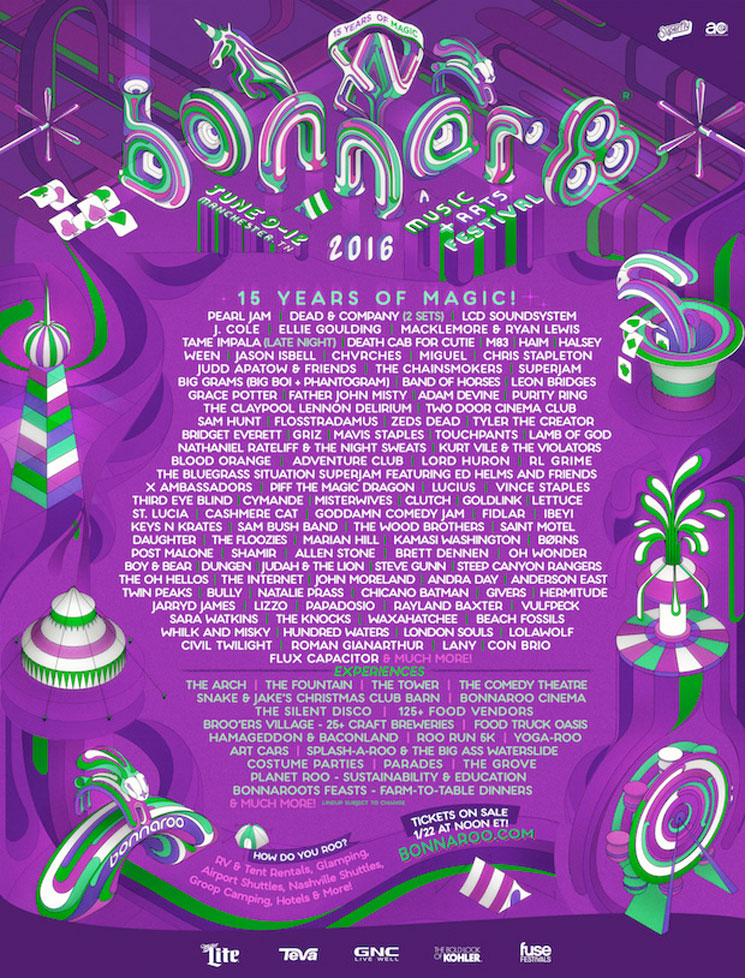