When it comes to the human race's technological advances, the subject of robotics and artificial intelligence rarely fails to create riveting fiction, whether the humanoid machines are helping maintain society or blowing it up.

A forthcoming addition to the popular canon of films that pit mankind versus machine, Luke Scott's Morgan follows a team's as they make the decision whether or not to end the life of an artificial human created in a laboratory — one that is growing increasingly violent.

Like filmmakers, musicians have long been inspired by the advent and uncertain future of artificial intelligence for decades; from Black Sabbath's crushing "Iron Man" to Styx's dystopic "Mr. Roboto" to Dan Mangan's tuneful "Robots." Before Morgan arrives in theatres on September 2, plug yourself in to our list of eight musical odes to machines, below.

No strangers to exploring the world of science fiction in song, Rush's "The Body Electric" tells the story of "an android on the run" in search of freedom from its electronic existence. In linking the world of robotics to the human race with the song's protagonist's individualist aspirations, the song's chorus features bassist/vocalist Geddy Lee singing the binary code '1001001,' which translates to a capital I.

And here's some irony: "The Body Electric" comes from the band's 1984 record Grace Under Pressure, on which machines — namely, Lee's synthesizers and Neil Peart's electric drums — played a prominent role in their songwriting.

Boasting a body of work set in a world of androids and Afro-futurist themes, one could fill a wealth of lists with all of the human/machine references across Janelle Monáe's Metropolis series. For its bombastic blend of pop, rock and soul, we picked the title track from her 2013 solo LP The Electric Lady.

The song cleverly plays up the several meanings of "electricity," referencing both robotics and having a thrilling and captivating persona. As far as androids go, Monáe and Solange Knowles team up to create an image of a robotic woman that will "have you raising up your antenna" when she walks in the room. "I'll reprogram your mind, my spaceship leaves at 10," Monáe warns.

"Little man, little lady, cute little baby / Reach your hand out to the future of automated robotics," El-P proclaims in the opening verse of "Stepfather Factory." Drawing from the horrific experiences with his own stepfather in childhood, the songs finds the MC looking to build "tomorrow's fathers today" to save other families from what he went through.

In describing the "paternal unit, class A, type one," El-P promises all units are "true to human emotion and trained to be domestic" and come with a 90-day warranty, but it isn't long before he admits that the cheapest way to keep the robotic stepfather fuelled is with booze, running the risk of "physical aggression towards you and your loved ones."

The Flaming Lips' "One More Robot…" concerns itself with mechanical beings beginning to experience feelings outside of their own programming. Fitting within the story of the band's celebrated Yoshimi Battles the Pink Robots, the robot in question is designed to battle protagonist Yoshimi to the death, yet becomes "something more than a machine" and relents.

From Coyne's liner notes: "This robot's circuitry (3000-21 model unit) has the capacity to react to changes with synthetic emotions. And even though it's programmed to kill her, it falls in love with Yoshimi, and by the end of the song (the sad reprise) the robot has decided to kill himself."

As electronic music pioneers, the influence of technology and robotics on Kraftwerk is impossible to ignore. It's apparent both in their recorded work and their imagery as performers, and never clearer than on "The Robots" ("Die Roboter" in German), taken from their seventh studio LP, all-too-fitting titled The Man-Machine.

Alongside the song's mechanical melody, the lyrics describe a number of robotic functions: charging batteries, functioning automatically and serving their creators. For added effect, the lyrics are sung through a vocoder, while a modulated voice that marks the bridge sections says, "I'm your servant, I'm your worker" in Russian.

Sounding like it could have been plucked straight from a Kraftwerk record, Neil Young's "Sample and Hold" comes from the electronics-indebted Trans, Young's confounding 1982 disc that prompted a lawsuit from label boss David Geffen alleging the songwriter had made work that was both misrepresentative and unsellable.

Like much of the record it comes from, the song features heavy use of a vocoder and octave effects to mask Young's recognizable croon. On a surface level, the lyrics allude to a mail-order robot companionship service, for which Young can be heard listing preferred features such as weight, hair and eye colour to open the song. "We know you'll be satisfied / When you energize / And see your unit come to life," robotic harmonies croon, in search of a deeper connection between man and machine.

As music's most notable pair of robots, Daft Punk are primarily recognized for their influence on electronic music. But before they donned their futuristic helmets, both Thomas Bangalter and Guy-Manuel de Homem-Christo had their roots planted in rock music with their short-lived group Darlin'.

With that in mind, it's only natural that the pair would create "Robot Rock," a loop-driven song reminiscent of guitar power chords that sounds like what one might expect should they hand traditional rock instruments over to musically inclined machines. As Bangalter told Q in 2007: "In a way I think we were exploring if you can take the essence of rock — that power — and mix it with dance."

Two years prior to releasing their debut LP, Brooklyn's TV on the Radio released a collection of demos titled OK Calculator. One of the strange yet humorous inclusions on the disc was "Robots," a pop culture critique voiced by an Apple text-to-speech program over lush production driven by percussion and wind instruments.

The humour of this examination remains lewd in its approach. "I could not help but noticing, all these robots fucking in the middle of the mini mall," the voice reads aloud, before seeing them in the car wash, the White House, the subway, a Jay Z video and "in the middle of a telecast with Tom Brokaw announcing his love for puppies." 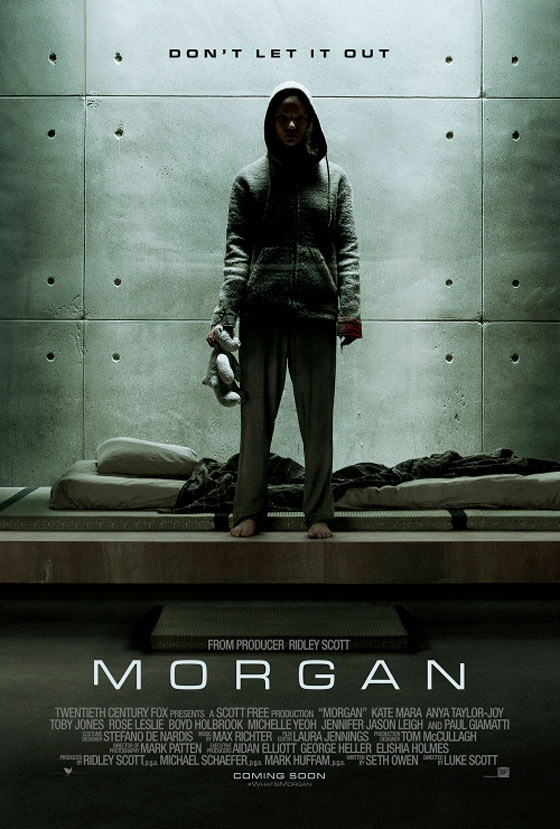