By Calum Slingerland
Published Oct 04, 2017
While Andrew W.K. is best known for shredding an axe shaped like a slice of pizza, he has now immortalized another god-tier party food in six-stringed glory.

In celebration of National Taco Day (October 5), the party rocker teamed up with ESP Guitars to create a taco-shaped axe. Hand painted by W.K. himself, the instrument features a ground beef taco topped with shredded cheddar cheese, chopped lettuce and jumbo diced tomatoes, fully equipped for some mouth-watering riffage.

"I started pondering, what's another food that's as party as pizza? When it comes to edible celebration, tacos are partier than almost anything else," W.K. explained in a statement. "Pizza and tacos are among the partiest foods on the planet, and I realized that since I had paid musical tribute to pizza, I now had to pay musical tribute to tacos. I was destined to make a taco shaped guitar — it was inevitable."

The back of the instrument features a giant turquoise eyeball, which we definitely don't recommend eating. While we're unsure whether or not the guitar will be seen on his ongoing "The Party Never Dies Tour" or heard on his forthcoming full-length LP, you can watch a video of the instrument's creation here.

Find some more detailed photos of the taco axe below, and head over here to find out how you could win a pizza party with the man himself. 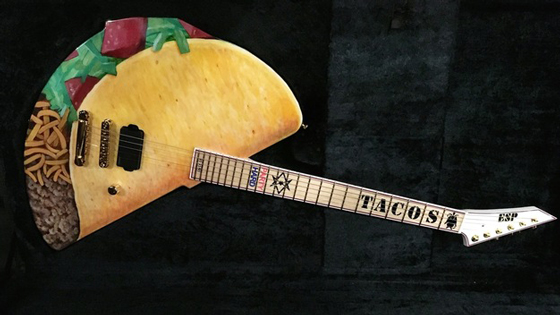 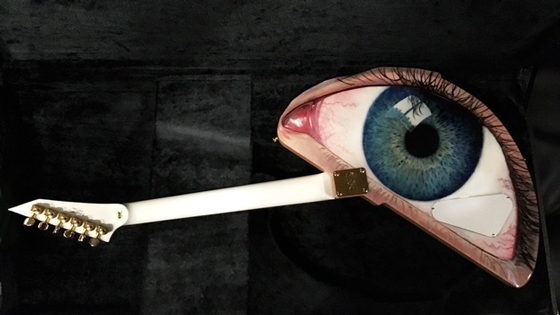