The Top 5 Best-Worst Christmas Movies Ever

By Exclaim! Staff
Published Dec 21, 2016
Whether you're a Sugar Plum Fairy or a total Scrooge, let's face it — it's nearly impossible to get through the month of December without sitting through hours of holiday programming. Of course, there are the classics like It's a Wonderful Life, A Charlie Brown Christmas and A Christmas Story, and plenty of frightening festive flicks for horror geeks, but there's also an entirely different category of Christmas movies: the ones that are so bad they're good.

Shamelessly cheesy and endlessly quotable, these movies may never have garnered critical acclaim, but they've certainly earned a spot in our hearts and on our screens.


The Top 5 Best-Worst Christmas Movies Ever: 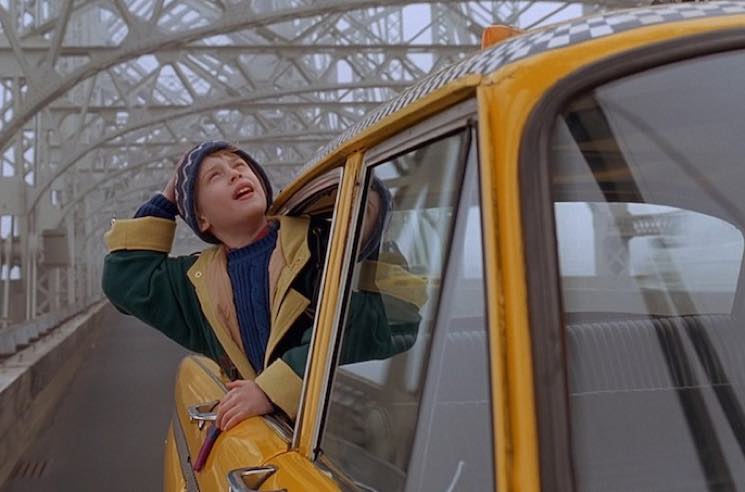 You'd think that leaving your eight-year-old kid alone on Christmas while the rest of the family flies off to Paris would be traumatic enough for Kevin McCallister's mom to never let that kid out of her sight ever again — but alas, that wouldn't make for an exciting sequel to Home Alone.

In Home Alone 2: Lost in New York, Kevin once again gets separated from his family, hopping on a plane to New York while the rest of the clan heads for Miami. It's mainly the premise that's problematic here — sure it was pre-9/11, but how does anyone (let alone a 10-year-old child) simply walk onto a plane and turn up alone in NYC? But once the action gets underway, the film is actually totally great.

It's got all the classic New York landmarks done up for Christmas, an unlikely holiday hero in the form of a pigeon lady and plenty of wince-inducing pranks pulled off by the young protagonist (can anybody say staple gun?).

Macaulay Culkin never did top his role as Kevin, the incredibly clever, resourceful and charming burglar-taunting, boobytrap-setting child — who, frankly, seems to do pretty okay for himself without his neglectful parents and siblings. Home Alone 2 is family-friendly slapstick at its best and a damn good sequel that too often gets overlooked by its (also excellent) predecessor.
Sarah Murphy 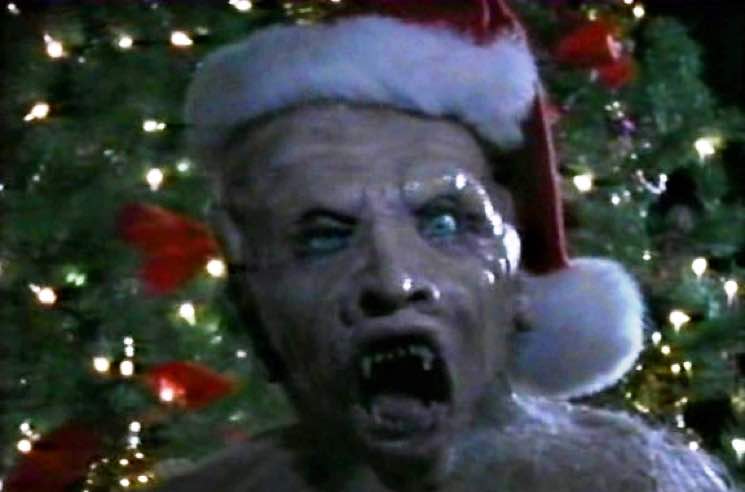 The 1989 horror flick Elves rightly made it onto our list of the best Christmas horror films, but it's without a doubt also one of the most ridiculously awful Xmas flicks ever. Dubbed a "gruesome holiday shocker" about some seriously evil elves, it's — as we pointed out — very much a soulmate to the king of best-worst movies, Troll 2.

In Elves' runtime, you will experience everything from anti-Christmas witches, Grizzly Adams Santas and plots of breeding Nazi elves with virgins, to lines like "First your Santa, then you die" and even a scientific explanation outlining the genetic properties of elf sperm.

Yes, Elves is utter garbage, but it's garbage of the best kind.
Brock Thiessen 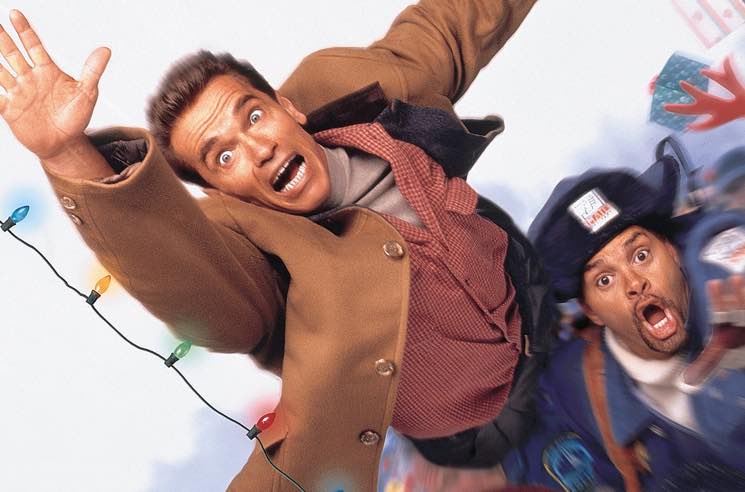 If box office hit Kindergarten Cop gave Arnold Schwarzenegger the idea to act in more family-friendly films, Jingle All the Way was the lump of coal that firmly drove him back to sticking with action movies.

Ahhhnold delivers a litany of delightfully awful one-liners as Howard Langston, a workaholic father who looks to impress his wife Liz (Rita Wilson) and son Jamie (Jake Lloyd) by fulfilling the latter's holiday wish of unwrapping a Turbo-Man superhero action figure on Christmas morning. Unfortunately, Turbo-Man is the season's hottest toy, leading Howard on a wild chase against rival father Myron Larabee (Sinbad) to track one down before the big day.

The film's look at Christmas consumerism is hyperreal. Schwarzenegger and Sinbad chase each other through a mall in search of the toy before brawling an entire black market toy factory staffed by dudes in Santa suits. Later, Ahhhnold calls in a bomb threat to a local radio station in hopes of stealing their action figure up for giveaway, and when that fails, even breaks into the neighbour's home to steal the Turbo-Man under his tree. Black Friday brawls seem childish in comparison — and aren't nearly as much stupid fun to watch.
Calum Slingerland 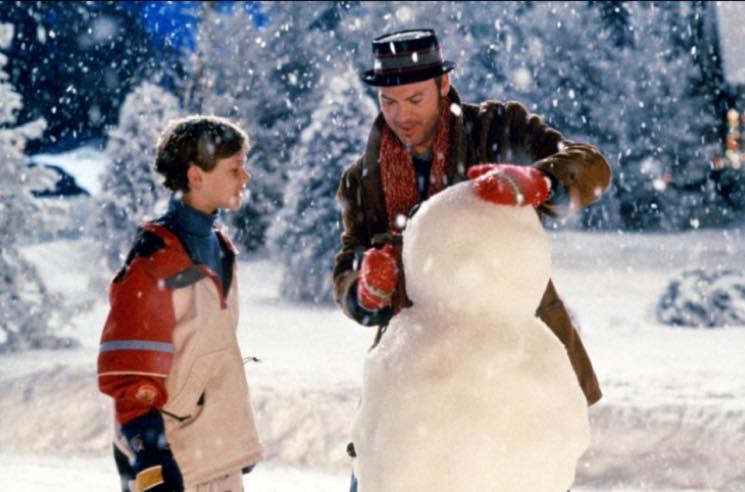 Not to be confused with the identically named Christmas horror film from one year prior, 1998's Jack Frost is a true masterpiece of Hollywood schmaltz.

The remarkably stupid Jack Frost sees Michael Keaton star as Jack Frost, a literal blues dad who fronts the aptly titled Jack Frost Band. As is often the case with travelling blues dads, Jack Frost does not make enough time for his family, and his 11-year-old son Charlie is particularly disappointed by the cold shoulder he's getting from his father.

Things prove even worse for Jack Frost when he's killed instantly in a blizzard thanks to a faulty windshield wiper. It's an ice cold demise for our hero, but then something magical happens. For no good reason, he's reincarnated as a wise-cracking, snowboarding snowman. As this roly-poly hero, Jack Frost reconnects with his son and teaches him a wide array of life lessons before he melts and dies again.

Jack Frost is next-level dumb, and it's made all the more entertaining thanks to its ridiculous cameos. Not only does the film feature appearances from Frank Zappa's children Dweezil, Ahmet and Moon Unit, but it also features hardcore legend Henry Rollins as an uptight hockey coach. 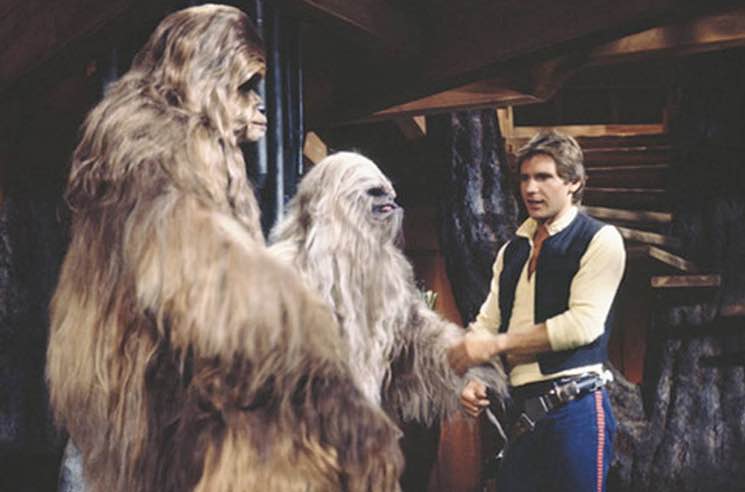 While Rogue One wows audiences all over this holiday season, it's easy to forget that one of the biggest offenders in the bad Christmas movie canon is actually Star Wars. Back in 1978, the world was (unfortunately) gifted with the Star Wars Holiday Special, a truly horrible yuletide offering that continues to boggle the mind to this very day.

Directed by Steve Binder (yeah, we've never heard of him either), the story revolves around Chewbacca getting home for, um, "Life Day," a Wookiee holiday celebrated by the inhabitants of Kashyyk every three years. Amazingly, then, the film is often entirely in wookie, as Chewie's father Itchy, his wife Malla and son Lumpy talk in a series of unintelligible howls, grunts and purrs (all minus any sort of subtitles).

If this doesn't sound bad enough, it's all presented in a bad variety-show kind of format, complete with song-and-dance routines and even an animated section courtesy of Toronto animation studio Nelvana. Believe it or not, though, this special also marked the first time the world ever saw Star Wars fave Boba Fett. And while the special includes Star Wars cast members Harrison Ford, Carrie Fisher, Mark Hamill and others, it also includes, um, Bea Arthur.

Making the whole thing fit for cult legend, the Star Wars Holiday Special was aired only once and met with seriously dismal reviews, leaving it to exist purely on the dark realms of the Internet and via various bootlegs. But it's all these amazingly bad points that make all it such essential viewing, if only to remind yourself that Star Wars can indeed do some serious wrong.

Luckily, you can watch it for yourself below — if you dare.
Brock Thiessen