By Exclaim! Staff
Published May 01, 2019
Revered by Marvel Comics readers as one of the most significant X-Men storylines ever written, the series' "Dark Phoenix Saga" had long been treated as a footnote when it came to the burgeoning film franchise. That changes this June with the arrival of Dark Phoenix, which will provide the first feature-length look at mutant Jean Grey's struggle to contain a malevolent inner force that magnifies her superpowers.

The forthcoming film, directed by Simon Kinberg, is partially based on the 1980 comic book storyline penned by Chris Claremont in which Jean Grey serves as an avatar for the Phoenix Force, a cosmic entity that is said to be the sum of all life in the universe. The Phoenix Force assumes Grey's likeness, powers and psyche under the codename Phoenix, unbeknownst to her X-Men comrades. However, a brush with evil soon transforms Phoenix into an immensely unstable, destructive force, with the newly risen "Dark Phoenix" soon threatening the entire universe.

In Kinberg's adaptation, which also marks his directorial debut, the Phoenix Force is an entity inside Grey that awakens unexpectedly while traveling the cosmos. The force is ignited within her during a rescue mission in outer space, on which a solar flare hits the team's X-Jet aircraft. The surge of energy causes Grey to lose control of her mutant abilities, leading her to reckon with the warring forces of darkness and light that control her and threaten to divide her fellow heroes.

Ahead of the film's arrival in theatres, get up to speed on the genesis of Jean Grey and her path to becoming Dark Phoenix, along with her character's past appearances in the X-Men film universe, using this guide. If you've read the corresponding Marvel Omnibus front to back, there might not be much here that is new to your mutant mind, but those who don't know their Magneto from their Mystique would be wise to follow.

After first playing a young Jean Grey in 2016's X-Men: Apocalypse, English actress Sophie Turner will reprise her role in Dark Phoenix. In preparing to bring her character's psychological duality to life onscreen, Turner studied dissociative identity disorder and schizophrenia. "It's about the butterfly effect of this thing happening," she explained to Entertainment Weekly of her role. "What happens when the person you love most falls into darkness?" 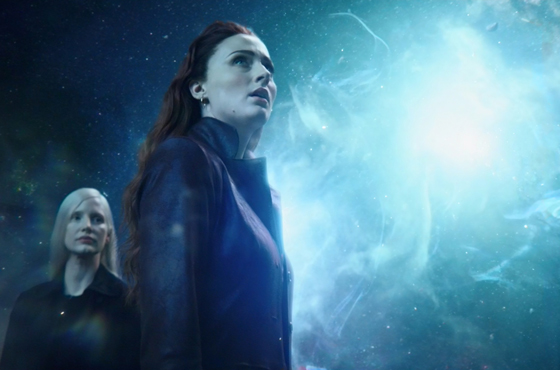 Jean Grey first appeared in 1963 as the sole female member of the original X-Men team. Her powers manifested earlier than in most mutants; after witnessing a friend get hit by a car as a child, Grey was able to form a telepathic link with her friend and experience the death firsthand. At age 11, she was referred to mutant expert Professor Charles Xavier (a.k.a. Professor X), who would teach Grey to control her powers ahead of becoming a founding member of X-Men.

What follows is a brief examination of Grey's primary mutant powers, and how they are affected when the Phoenix Force takes control from within.

As a child, Grey had trouble coping with her telepathic abilities in the wake of witnessing the aforementioned car crash. Experiencing the death of her friend through a telepathic link left her comatose, leading Professor X to block her ability until she was better able to control it. Grey's telepathic abilities allow her not only to read the minds of others, but also control their physical movements, project thoughts of her own into the minds of others, cast mental illusions and stun opponents with forceful psionic blasts. She is also able to communicate with animals.

Grey's powerful telekinetic abilities allow her to levitate, in addition to giving her the power to move animate and inanimate objects. She is also able to harness her telekinetic energy to form force fields and emit concussive blasts. In the third trailer for Dark Phoenix, Grey can be seen using the power to hold the shattered X-Jet together while weathering the solar flare. Elsewhere, she demonstrates telekinetic strength by blasting a house to smithereens before inexplicably turning the power on one of her X-Men teammates.

The effect of the Phoenix Force on Grey's mutant powers has varied throughout her history onscreen and in Marvel Comics pages, though Kinberg's forthcoming adaptation appears to stay true to the original source's representation. As Dark Phoenix, Grey's telepathic and telekinetic abilities show demonstrable increase in power, shown in the film's third trailer when she turns an army helicopter on its side in effortless fashion. Physical changes include the appearance of orange, lightning-like veins on her skin, while her irises glow a brilliant bronze. Past films have seen Grey surrounded by flames in the form of a large phoenix when using her powers — a fire that burns independent of a fuel source.


Jean On the Screen 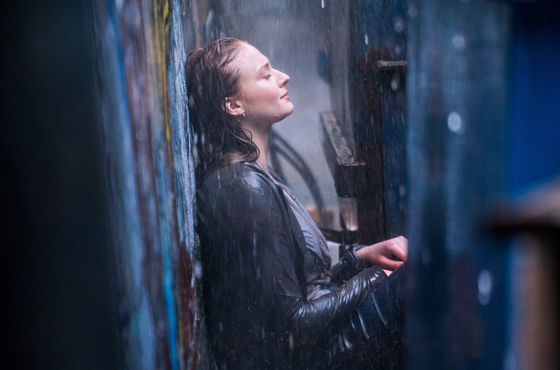 While the arrival of Dark Phoenix marks the first time the lauded Marvel storyline has been adapted as a full-length feature in the X-Men film franchise, it won't be the first time that Jean Grey's battles with the mysterious force have taken place onscreen.

In 1994, Fox first adapted the saga for a pair of episode arcs within the third season of X-Men: The Animated Series. The episodes played out in similar fashion to the source material, with one episode featuring crossover cameos from Spider-Man and War Machine.

In 2001, Grey's transformation into Dark Phoenix was then foreshadowed in the second season of animated series X-Men: Evolution. An episode titled "Power Surge" saw the hero grapple with the powerful force in her subconscious, but the series was axed before the storyline could be adapted in a later season.

In 2009, the entity was featured heavily in a three-episode arc as part of Wolverine and the X-Men, a Marvel-helmed animated series that only aired for one season. That storyline involved the Phoenix Force being transmitted from Grey's mind and body into those of the Stepford Cuckoos, a set of mutant quintuplets who then attempted to harness its power.

After it was confirmed in November of 2016 that Bryan Singer would not be returning to the franchise to direct Dark Phoenix, Simon Kinberg was confirmed as the film's director in June of 2017. His cast of mutants includes Sophie Turner (Jean Grey/Phoenix), James McAvoy (Cyclops), Michael Fassbender (Magneto), Jennifer Lawrence (Mystique), Tye Sheridan (Cyclops) and Jessica Chastain.

Having co-written 2006's X-Men: The Last Stand, Kinberg's familiarity with the source material of the "Dark Phoenix Saga" was undeniable, making him a shoo-in when it came time to adapt it for a standalone feature. As the newly minted director told Entertainment Weekly, "[The film] was so clear in my head, emotionally and visually, that it would have killed me to hand this to somebody else to direct."