By Josiah Hughes
Published Nov 30, 2015
As previously reported, the cult classic comedy show Mystery Science Theater 3000 is coming back. Now, the series has gotten some big-time star power with one Patton Oswalt.

Over on the project's official Kickstarter, MST3K creator John Hodgson explained that he's been a fan of the comedian ever since he saw him riffing on an awards show on MTV. He initially offered Oswalt the opportunity to guest write an episode, then decided to offer him an actual part on the show instead: 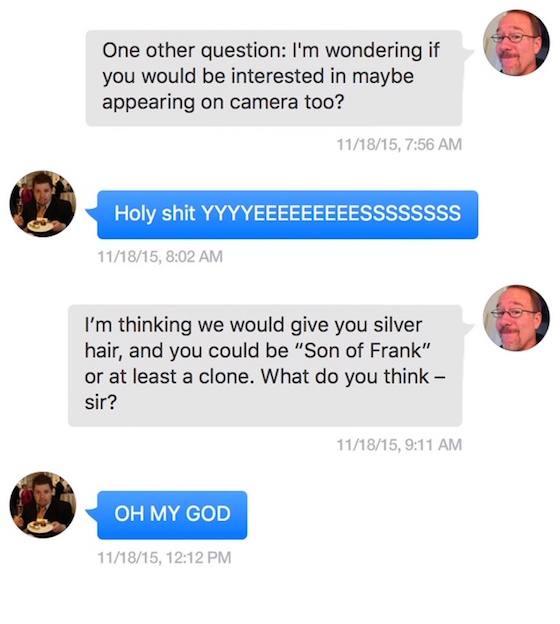 From there, Hodgson explained how Oswalt's role was born:

I took "OH MY GOD" as a yes. We started working out the details, and I asked a graphics friend to create an image that sort of cloned Patton into someone who would look like Frank's son. I think the image turned out great. Then, last week, after we talked a little more, Patton said, "I want to be called something like 'TV's Son of TV's Frank.'" So I guess that's what we're going to call him.

MST3K has now surpassed the half-way mark toward its $5.5 million goal. If it reaches that goal, the show will return for 12 full episodes in a partnership with Shout! Factory.