Some highlights from this year's Vegas get-together

By John Price
Published May 01, 2018
Here's a scoop for you — the movie business is huge. Like, staggeringly massive. In fact, last year's haul, touted as a decline in box office revenues, grossed $3.7 billion. While there may be a mild decline domestically, the State of the Industry, it seems, is strong, and North America accounts for about 30 percent of it.

CinemaCon is not like the Fan Expos or ComicCons of the world. Sure, there'll be talent to fawn over and sizzle reels to clap for. But it's not for consumers or fanboys — it's for exhibitors; the folks that facilitate our theatre-going experiences. Everyone from runners of that campy drive-in to the king execs accepting achievement awards. The latter is almost always infused with stories about getting started in this business — ma and pa cinemas where they ripped their first ticket. Of course, it's not quite like that anymore. The current spectacle of movies exists in a sphere of bells and whistles and twinkly lights, all in glorious 3D, available to those with the dollars to build it. Fittingly, this annual event happens in Las Vegas.

Here, you can wander the trade floor and take a ride on ICE (Immersive Cinematic Experience), where you clunk around in roller-coaster seating and have water sprayed in your face. Pray no one farts on screen. When 3D took on its mainstream resurgence in the early aughts — launched with James Cameron's Ghosts in the Abyss in 2003 — revenues climbed. The perfect storm of superhero obsessions didn't hurt, either. And that's the big takeaway in 2018; more bigger, more better. Don't expect a return to the corner movie house anytime soon. The cineaste will be irked to hear this, but the target ain't them. It's a family of four, looking for a theme-park experience in their hometown. 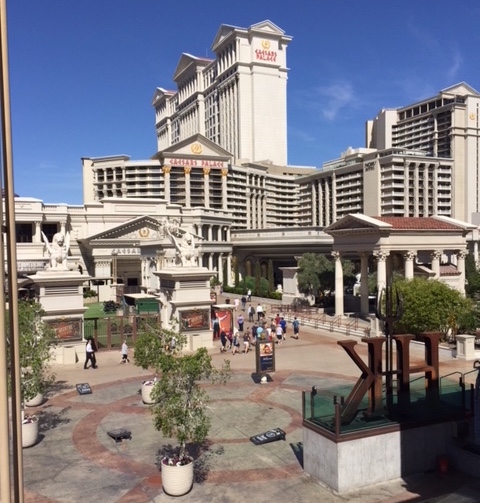 Sony brought some thunder on day one, opening their presentation with Quentin Tarantino. After the Weinstein debacle, the studio was able to snatch up the rights to Once Upon a Time in Hollywood, Tarantino's take on the Charles Manson era. He's later joined by lead Leonardo DiCaprio, to the crowd's delight. The rest of the slate, which included a Will Ferrell appearance in support of Holmes and Watson, is a mash of sequels and reboots and spandex boots — Superfly, Sicario: Day of the Soldado, The Equalizer 2, Venom, Men in Black, Jumanji, and of course, another Tom Holland Spider-Man.

Disney pulled their punches on the talent, instead opting for sneak peeks. Shown were scenes from Avengers: Infinity War, SOLO: A Star Wars Story, Incredibles 2, and Ralph Breaks the Internet: Wreck-It Ralph 2 (by far the best). I think we all expected them to trot out some Avengers, but no need.

Warner pulls the talent trigger too, starting with Lego Batman himself, Will Arnett. He's our host for the presentation, and we notably get a first look at Aquaman. In tow are Sandra Bullock, Cate Blanchett, Anne Hathaway (Ocean's 8), Eddie Redmayne (Fantastic Beasts: The Crimes of Grindlewald), but the big play might be Bradley Cooper's A Star is Born. Oscar hopes loom.

There's a lot going on with FOX right now, but true to form, they're taking the piss. Appropriate, then, is their opening musical number, a Deadpool inspired Chorus Line bit. Ryan Reynolds beams in to say he can't be there, and let the industry gags commence. With the Disney merger in play, the tone is bittersweet: FOX is a studio with deep history, and we're treated to a greatest hits reel — Alien, Sound of Music, Patton, Butch Cassidy and the Sundance Kid, etc. Is this FOX's last CinemaCon? Could be.

Universal is a studio in search of a franchise, and may have crapped the bed with its "Dark Universe". Seems like a stretch to band together a team of Silver Screen monsters, but that's the idea. There's also a continued foray into horror films, as we may get some good ones with Eli Roth's The House With A Clock in its Walls and a Halloween sequel this fall. There's also The First Purge, a look at the origin of the series, and possibly the best poster on display (a MAGA hat that instead boasts the film's title). There's another Mama Mia movie, and a reliable box office grab from Illumination Entertainment (Despicable Me, Minions) with The Grinch. 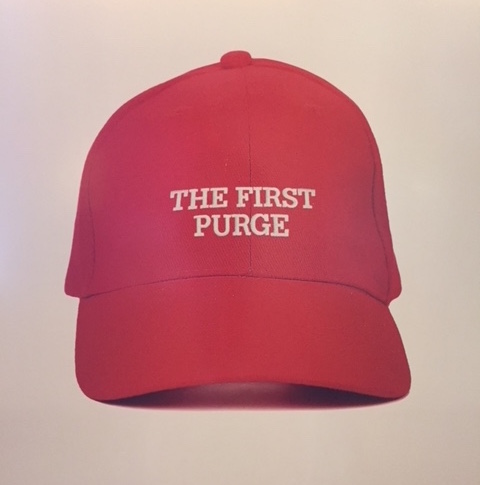