A long-time cult favourite amongst fans of the Marvel Comics universe, the character Wade Wilson (best known as Deadpool) is set to become an even bigger hit with the masses thanks to a solo feature film arriving this month through 20th Century Fox.

First appearing in 1991 as part of The New Mutants, "the Merc with a Mouth" has captivated readers in his role as an anti-hero fighting alongside Marvel's cast of superheroes. Though his initial debut showcased him as a morbid mercenary fighting for evil, further character development found Deadpool's snappy, bizarre sense of humour, tendency to break the fourth wall and near-immortality from his power of regenerative healing all more sympathetic.

Deadpool is set to arrive in North American theatres on February 12, but before heading out to a screening near you, look below to find a few of Exclaim!'s other favourite anti-heroes from Marvel Comics. 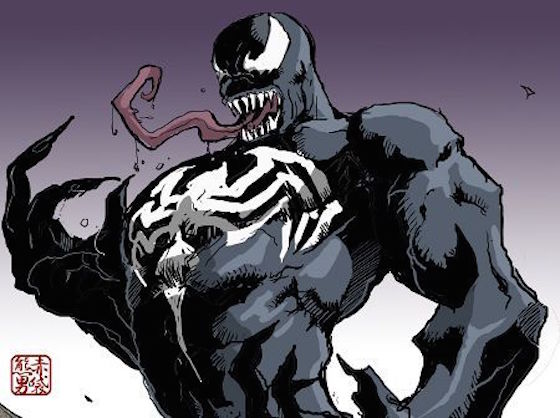 Venom has long been viewed as one of Spider-Man's most prominent (and coolest) enemies, though a number of instances have shown the longest-serving host of the Venom symbiote, Eddie Brock, using powers such as superhuman strength and agility for good.

The six-part Venom: Lethal Protector series (1993) cast Brock as an anti-hero, acting as a guardian for an underground society before having to partner with Spider-Man to fight the offspring of his own symbiote. Additionally, the 14-part Marvel crossover Maximum Carnage pits Venom, Spider-Man and a host of other heroes against Carnage, an additional and even more fearsome symbiotic offspring.

Recent storylines in which the Venom symbiote bonds with an American war hero as "Agent Venom" find the character involved with military missions, saving the life of Captain America and joining a black-ops sect of the Avengers. 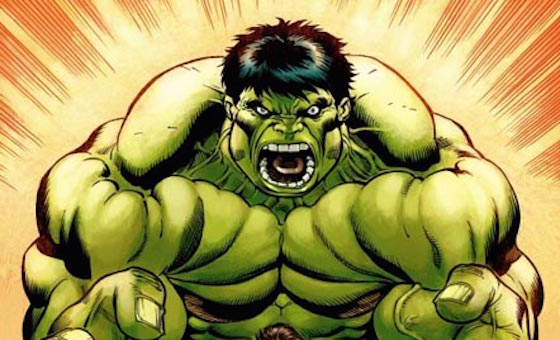 Often billed as a hero by using his incredible superhuman strength, stamina and durability in fighting with the Avengers and a wealth of other hero teams, the Hulk acts with intent to save people and defeat villains for the cause of good. At the same time, though, his destructive tendencies lead to great damage, and can cause severe injury to, and the death of, innocent people.

Marvel's short-lived 1970s magazine The Rampaging Hulk included stories that alluded to the fact that the Hulk's powers had additional negative consequences, while the fact was also briefly touched upon in the 2012 film The Avengers. 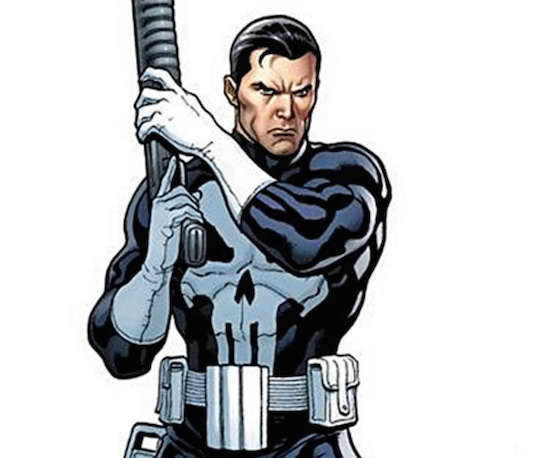 Often considered to be the truest definition of an anti-hero, the Punisher does not adhere to the codes adopted by other superheroes within the Marvel universe, but rather a strict one of his own. Despite having no superpowers, his past as a U.S. Marine made him a formidable strategist and fighter in his one-man war on crime.

After his immediate family was killed by the mob, Frank Castle dedicated himself to a life of fighting crime while also seeking revenge. His role as the Punisher involves protecting the innocent and not simply solving crime, but disposing of it by any means necessary — including but not limited to murder, torture, kidnapping and extortion. 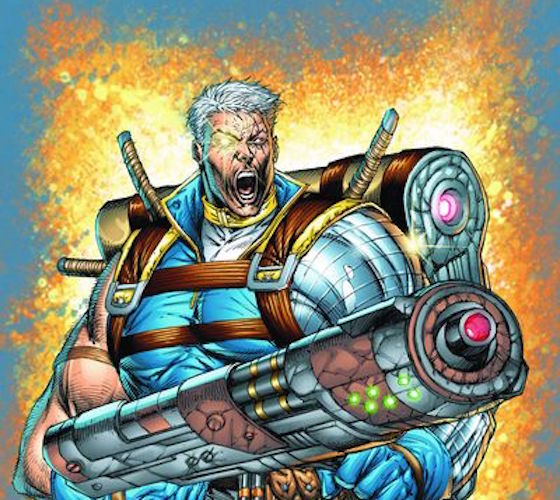 A mutant with techno-organic parts who's been a part of a number of major story arcs, Cable had one of his more notable moments as an antihero while leading his team of mercenaries, the Six Pack.

Ambushed on a mission by Cable's clone, Stryfe, team member Hammer was willing to hand over a disc of important information in exchange for the life of fellow teammate Garrison Kane. Cable shot Hammer in the back, paralyzing him, while Stryfe fled with the disc.

With their surroundings collapsing around them, Cable left the team to fend for themselves, throwing his leadership resolve into question. 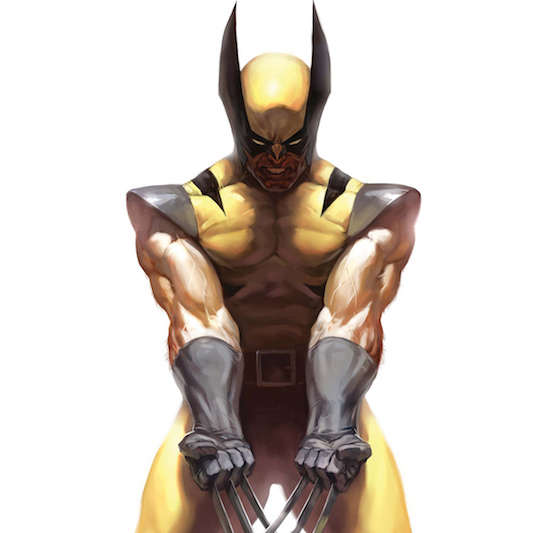 A fan favourite amongst readers of the X-Men franchise, Wolverine quickly became an archetype for comic book antiheroes upon his development in a solo series towards the end of the 1980s, characterized by his brooding nature and tendency to succumb to intense rage. A quote from issue 162 of Uncanny X-Men in which he admits, "I'm the best there is at what I do, but what I do best isn't very nice" is perhaps the most telling summary of his role.

At times while in combat, Wolverine is prone to lashing out. Though it's saved him many times, he's regularly mournful for those he has killed and looks back remorsefully on having given into his angry urges.

As he explained in the first volume of his solo comic in 1988, "Some of those folks died fighting... some praying... some accepted their fate... some cursed it... some begged for their lives... most were terrified. Details don't matter. What's important is that they died. And those scales have to be balanced. In kind." 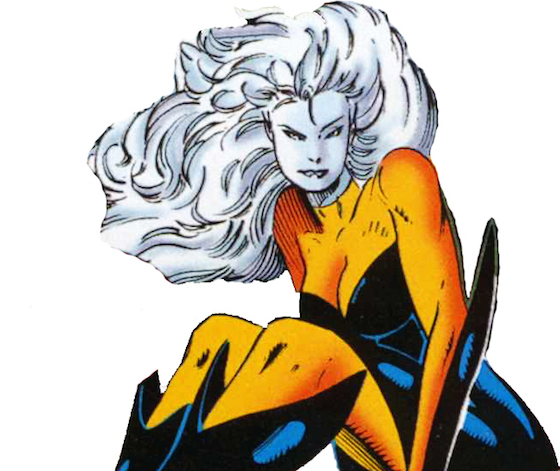 Copycat's mutant superpowers are apparent in her super name; she has the ability to alter her physical appearance and borrow special powers from other individuals at will, so long as she has prior knowledge of the subject.

Such powers are crucial to the major story arc that involves Copycat becoming a mercenary. Hired by Deadpool's employer Tolliver, she is sent on a mission to infiltrate the mutant team X-Force and destroy their leader, Cable. She morphs into Cable's old friends Domino, but it isn't long before Copycat begins to think of the X-Force as allies; eventually, she switches allegiances, and decides not to follow through with her original plot. 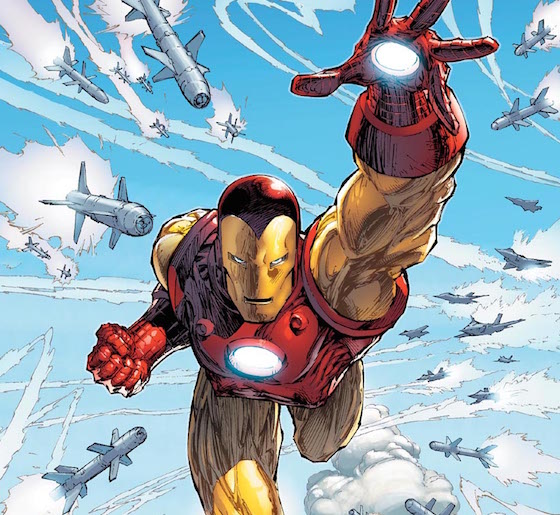 Even before Robert Downey Jr. brought Tony Stark to life on the silver screen with the popular film franchise, Iron Man was already a character that walked a fine line between flawed and flawless.

The manipulative side of Stark rose to the forefront when he was forced to design the War Machine Armor, after it was found that the interface of the Iron Man armour was damaging his central nervous system. With his health continuing to decline, Stark faked his own death, putting himself in suspended animation in order to survive. Close friend James Rhodes watched over the company and continued Iron Man's career, but became enraged upon learning of Stark's faked death, beginning a superhero career as War Machine.


Deadpool arrives in theatres nationwide on February 12. In the meantime, watch the trailer in the player below.