From classic characters created by the likes of Sir Arthur Conan Doyle and Ian Fleming, to Mark Millar and Dave Gibbons' Kingsman series, audiences the world over can't seem to get enough of spies and their gadgets.

But are poison pens just for the Gary Unwins, Harry Harts and Merlins of today's movies? Or can any regular person pick up a pair of shoes concealing secret weapons?

With X-Men: First Class director Matthew Vaughn's action spy comedy Kingsman: The Golden Circle slipping its way into theatres on September 22, we decided to dig up a few pieces of spyware from the past and present that prove some spy gadgets are more fact than fiction.

Slip a 8GB SD card inside this decoy electrical outlet and you've got hours of footage at your disposal. An LI-Ion battery that powers the thing allows it to last up to 20 hours at full charge, and this little device can even be connected to a TV for quicker viewing.

The Home Security Superstore says this simple but effective spy camera, which can be additionally activated by a motion detecting sensor or remote control, is mostly used as a nanny cam, but it's not hard to imagine a secret agent using it to record secret conversations or interrogations anywhere that has an electrical source.

Whether you're trying to track intruders hidden in plain sight or want to see who's hiding behind a thin wall, the Seek Compact Thermal Camera is here to help.

Simply plug one of their add-ons into the bottom of your Android device or iPhone and you'll be picking up heat sources like guard dogs, humans and high-powered machines in no time.

Their range of products are generally used by trades people looking to monitor everything from air leaks to missing or damaged insulation in commercial and residential buildings, but a wannabe Kingsman's spy gadget collection wouldn't be complete without one.

Developed by the CIA's research and development office in the 1970s, this bug within a robotic bug the size of a dragonfly could fly up to 200 metres in 60 seconds. Sadly, the project never fully made it off the ground; it was abandoned after the CIA discovered even the slightest crosswind could steer it entirely off course — see for yourself in the video below.

In the 1990s, the CIA moved away from robotic bugs and got even more ambitious with unmanned underwater vehicles and other aquatic robot technologies. Introducing Charlie: a remote controlled catfish that could swim its way through lakes and rivers collecting water samples undetected by traditional methods. (Here's hoping they kept it away from local fisherman.)

Undoubtedly the most dangerous item on this list, the WASP Injection Knife is a blade that packs a serious punch. Simply slip its serrated edge into whatever you please, then press the button on the handle and a pressurized canister of carbon dioxide releases a blast of air, causing a small internal explosion.

Why anyone would need this, we don't know (and maybe don't want to!), but one thing is for sure: watching this guy (below) blow up a watermelon is awesome.

Originally created to capture feral animals, The Net Gun uses a compressed air canister to launch a 52-square-foot nylon net at its targets. (And, good news for spies, the net is so strong it's impossible to rip through with bare hands or paws alone.)

The standard package comes fully loaded with four nets, but we suggest splurging for the platinum version, which comes with twice as many nets. (As Rob & Big can attest below, you'll need them.)

The Starchase Car Tracker, designed to help prevent dangerous police chases from tearing through public places, allows users to launch a projectile that contains a GPS receiver, wireless transmitter and battery from the front grill of their car, tracking the offending vehicle's whereabouts from a safe distance away.

Spies are all about style, which is why this Access Card from Shomer-Tec is so handy. Slide one of these miniscule lockpick sets, which is only half the thickness of a credit card, inside your wallet or jacket and you'll be silently slipping past doors and gates in no time (while maintaining a perfect silhouette in your Tom Ford suit, no less).


Kingsman: The Golden Circle hits theatres across Canada on September 22. 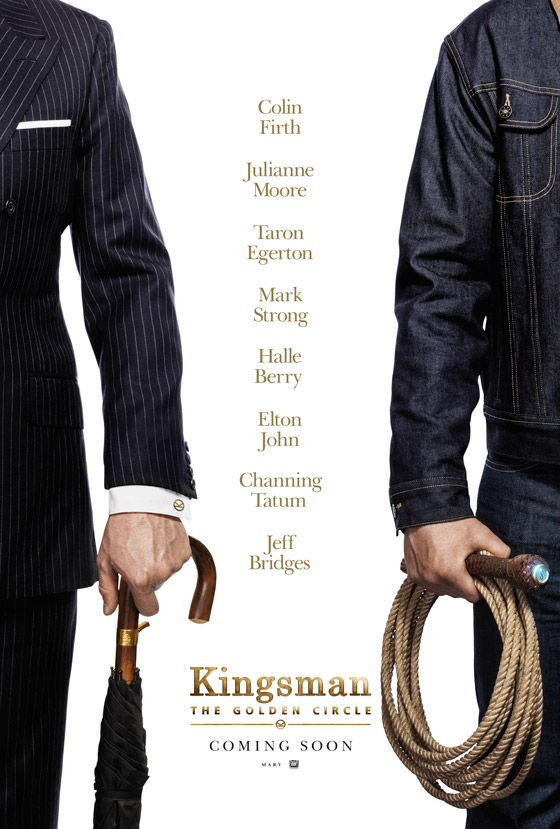