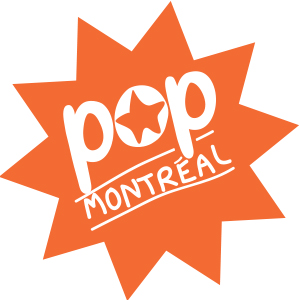 An annual not-for-profit cultural event, POP Montreal was launched in 2002 by friends and colleagues with an interest in collecting meaningful arts performances into one five-day bill.

The first ever POP Montreal — influenced by Maritime neighbours Halifax Pop Explosion — took place in approximately 40 venues around Saint Laurent Boulevard. The festival has since largely taken place in the Mile End area, with an attendance of over 50,000, usually at the end of September or beginning of October. POP Montreal is pure and simple in its goals of stitching together a community around the best in music and the visual arts.

Over the course of its existence, POP Montreal has seen incredible acts, like godmother of punk Patti Smith performing with local backing band A Silver Mt. Zion, as well as established favourites like Wire, Pere Ubu and Nick Cave and the Bad Seeds. They’re no slouches when it comes to new music, either; in recent years, they’ve shone a spotlight on harpist heroine Joanna Newsom and Canadian synthpop artist Grimes, as well as Montreal natives Ought, Arcade Fire and The Unicorns (whose former manager Daniel Seligman acts as creative director for the festival).

POP events spread across the year and across the globe, reaching audiences through stages at SXSW (USA), Green Zoo (Poland), Torstraußen (Germany), and Canadian gatherings like Hillside (Guelph, ON), CMW (Toronto, ON) and Sappyfest (Sackville, NB). Marché des Possibles, launched in 2014, is an offshoot of POP Montreal that takes place every weekend between June and August, featuring artisan and craft vendors, food trucks, a biergaarten and free eclectic shows.