It's a little less intergalactic-looking now

By Megan LaPierre
Published Oct 29, 2021
After a review panel ruled that its design was too Deep Space Nine, the $500-million entertainment complex proposed for Toronto's Exhibition Place now has a brand new look [via DailyHive].

Following the panel's concerns of inappropriate scale back in May, OverActive Media — the design firm the Weeknd (a.k.a. Abel Tesfaye) has shares in — has gone back to the drawing board and revised their plans. The result is decidedly "a little more Toronto" and a little less outer-space.

These changes primarily target the proposed 7,000-seat stadium, which now features a green roof with a gentle slope. OverActive predicts that the venue will host over 200 events annually, including music and entertainment bookings as well as esports tournaments and conventions.

"Over the past eight months, we have worked hand-in-hand with all of our city partners to bring our collective vision for the venue to the next level, and we could not be more excited to finally be able to share our latest plans with our fans in Toronto and the world," president and CEO Chris Holt said in a statement.

Meanwhile, the plans for the hotel — to be located just beside the stadium on the north side of Lakeshore Blvd., across from Ontario Place — haven't changed much in terms of scale, but the podium it sits on also seems to be less curved and different materials are covering the facade.

The city's Waterfront venue project, first announced in February, is estimated to be completed by 2025.

Check out a mock-up of the inside of the venue below. 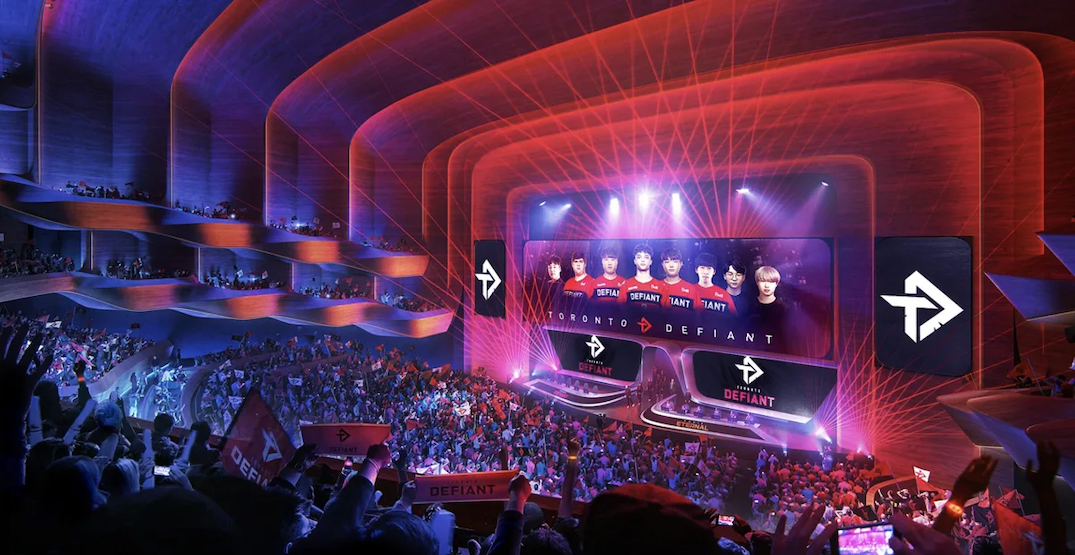