By Alex Hudson
Published Aug 03, 2015
In 2014, Japanese composer Ryuichi Sakamoto was sadly sidelined with throat cancer. Today brings happy news, as he has now revealed that his condition has improved and he is plotting his return to music.

In a statement on his website dated today (August 3), Sakamoto reported that he is now feeling "in great shape." The 63-year-old will be focusing on composition work that he can do from home and won't be playing live for the time being.

His first post-recovery job will be scoring Yoji Yamada's film Haha to Kuraseba (which translates as Living with My Mother). The flick is expected out on December 12 of this year in Japan. 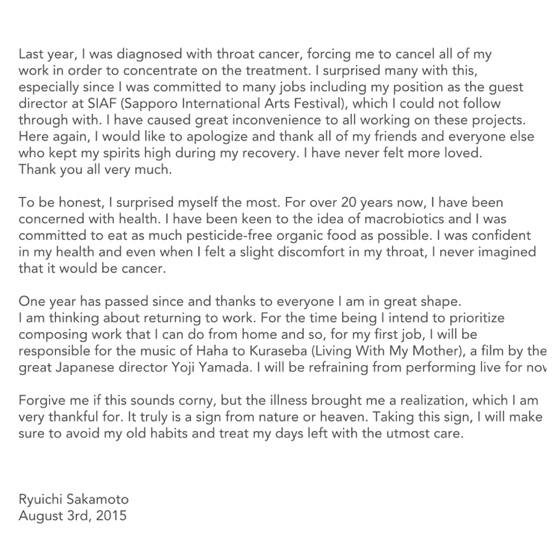