By Josiah Hughes
Published May 13, 2015
Royal Trux ended their 14-year run in 2001, but the beloved and prolific noise rock duo are finally set to reunite for at least one show.

The duo of Neil Hagerty and Jennifer Herrema are set to take the stage as Royal Trux at the Los Angeles festival Berserktown II, which runs from August 14 to 16. The group will headline the last day of the festival.

In addition, Berserktown features appearances from Thee Oh Sees, Total Control, Career Suicide, Fucked Up, White Lung, Dead Moon, Milk Music and many other punk, hardcore and experimental acts. The festival's poster is available below, while tickets can be purchased here.

If you can't make it to Berserktown, Drag City states that more Royal Trux shows could be in the works. In a press release, the label said that the reunion will take place "for at least one Earth night," adding, "And beyond that? Man, the future is UNKNOWABLE — but there's a few things that we've never minded envisioning. And they're always Royal Trux." 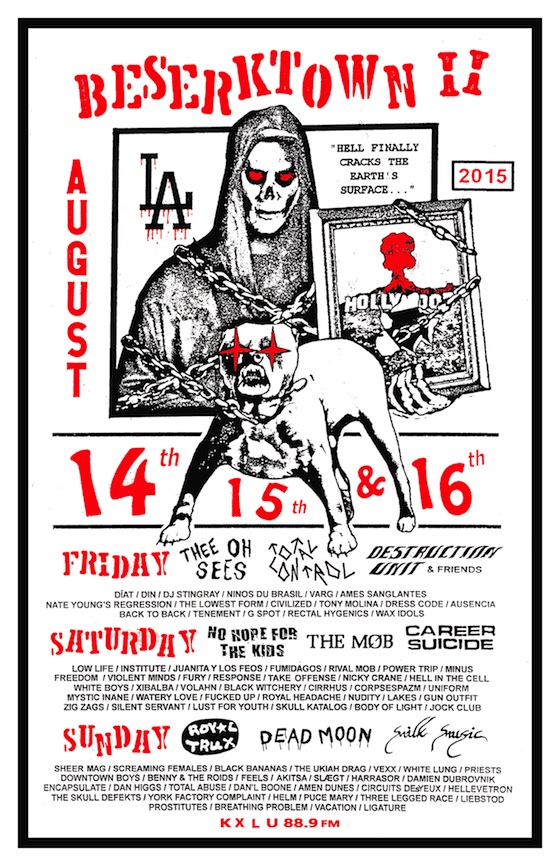