By Gregory Adams
Published Feb 19, 2014
Ikea has thrown record collectors around the world into a collective panic by announcing that its Expedit line of shelving units, favoured by many for its near-perfect dimensions for storing 12-inch LPs, is apparently being phased out.

As the Vinyl Factory reports, the home furnishing giant has put up signs in German stores warning that the Expedit series, which is available in various sizes from a single shelf to a 5x5 storage unit, is being discontinued in that country. A picture of an in-store sign is translated to read: "Last chance! We're always making room for new things. The EXPEDIT series is exiting the product line. Take advantage while it's still here!"

While the exact details are forthcoming, Ikea has announced that it will replace Expedit with a new, similar line going by the name of Kallax. Expedit fans are suggesting, however, that the dimensions of this latest shelving unit are unfit for record storage. The dimensions have not yet been revealed by Ikea and a listing for Kallax is not currently on its websites. For now, you can see a photo of the new Kallax shelf below.

The news of Expedit's downfall has led fans of the furniture piece to launch a Facebook page aiming to save their preferred shelving unit. So far its yielded more than 13,000 likes since being launched last month,and drummed up much conversation surrounding Ikea's decision. People have also taken to Ikea's German Facebook page to complain, and Twitter has also blown up on the issue.

Despite the apparent phasing out of the Expedit, it should be noted, however, that items are still for sale on the company's website, in case you need to stock up, and so far there is no word on if the shelving unit will meet a similar fate in North America. 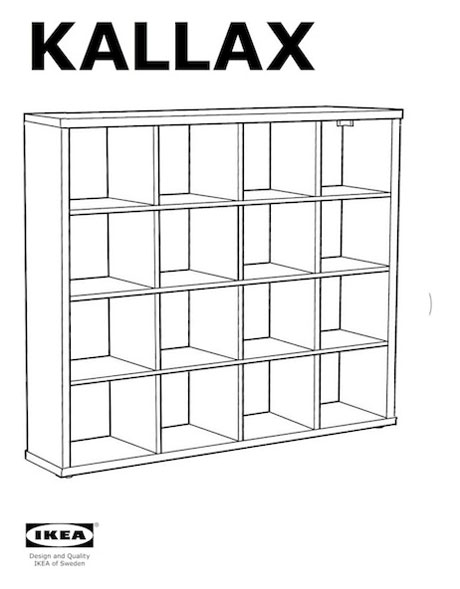