Check Out This Disgusting Anti-Piracy Campaign from Universal Music

By Alex Hudson
Published Aug 06, 2015
Here's an anti-piracy campaign that's almost as gross as the warning labels on cigarette packets. Some sleuths have dug up a series of gory ads from Universal Music, apparently rolled out in Brazil in 2007, that attempt to get their point across in rather extreme fashion.

The campaign features the slogan "Stop Destroying the Band You Like: Say No to Music Piracy," which seems like fairly straightforward stuff. The accompanying images, however, are truly bizarre. They show bloody, dismembered body parts (a finger, an ear, and eye) wrapped up in crumpled bits of paper.

The implication, obviously, is that stealing an artist's music is akin to chopping them up into pieces (i.e. "You wouldn't steal their finger, so why would you steal their music?"). There's even a skull-shaped ring on the finger and earrings in the ear, just to make it extra clear that they're from badass musicians. It was apparently made by the F/Nazca Saatchi & Saatchi advertising agency in Sao Paolo.

See the images down below. And next time you think about illegally downloading music, imagine your being watched by your favourite artist's disgusting, blood-caked, disembodied eye.

Thanks to Digital Music News for the tip. 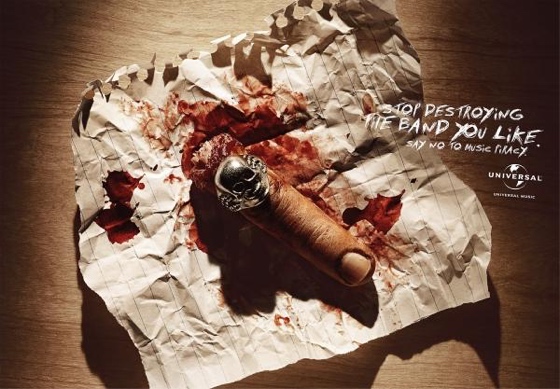 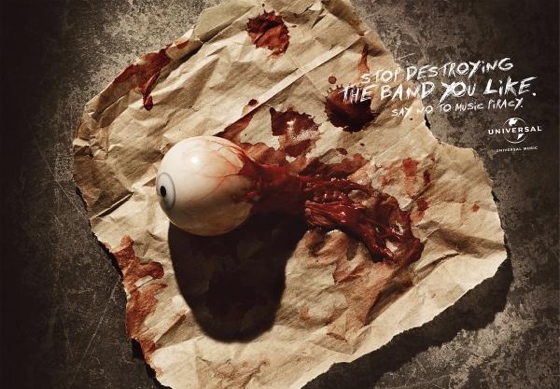 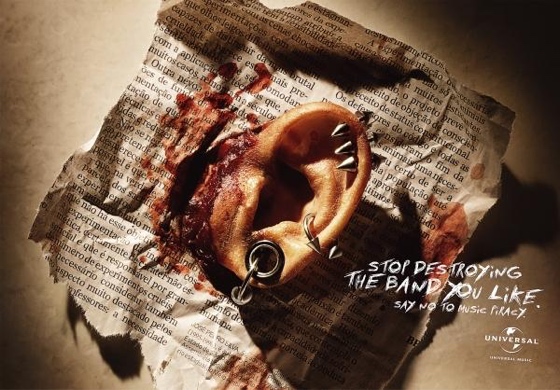