Challengingly Brilliant: Some of 2015's Most Acclaimed Records Required Heavy Lifting 2015 in Lists

By Ian Gormely
Published Jan 11, 2016
Both fans and critics want artists to move forward, push boundaries and confound expectations with their music. When it works, the results are thrilling. But 2015 saw a clutch of artists create dense, difficult works that challenged listeners with their length, scope, and emotional weight. These albums might not have received the repeat listens their accolades suggest, but their brilliance is undeniable. By nature, breakups are messy and difficult affairs. So it's hardly surprising that Björk's first record following the dissolution of her marriage to visual artist Matthew Barney cuts so deep. Against a backdrop of beats and strings, the Icelandic singer pours her heart out, wielding her feelings as both armour and weapon. Nobody said getting to the emotional truth was easy.

Kendrick Lamar
To Pimp a Butterfly In the wake of #blacklivesmatter, many turned to one of hip-hop's most outspoken voices. Yet few expected that To Pimp a Butterfly would offer nothing less than a treatise on blackness in America in 2015. It lacks the radio-friendly bangers most expect from blockbuster rap records, but Butterfly is a dense, confounding and ultimately rewarding listen that refuses to offer easy solutions. Divers pares down Joanna Newsom's ornate orchestrations into (relatively) digestible servings without losing any of the nuance that's inspired a devoted following. But the harpist pairs her arrangements with anxious lyrics that can only see fear of death in the face of love, making Divers the "glass-half-empty" record of the year. This is the soundtrack for the internet's collective detritus, while bringing the many sonic moods of producer Daniel Lopatin under one roof for the first time. But unpacking its larger context — a pubescent alien named Ezra whose story spills over into Twitter accounts, videos and even blogs back-dated to the mid-'90s — challenged even the most ardent fans.

Titus Andronicus
The Most Lamentable Tragedy 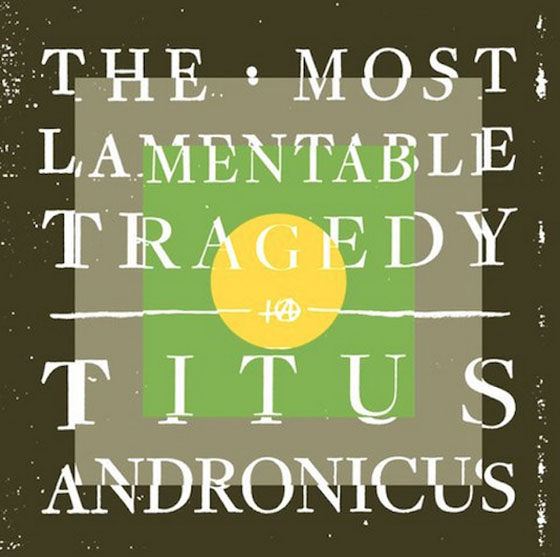 Patrick Stickles never met an idea too ambitious. His latest finds the Titus Andronicus mastermind exploring his own manic depression in a 93-minute five-part rock opera. Your typical punk rock record this is not, but Titus Andronicus never fit neatly into a box, and here the New Jersey crew once again confounded expectation while stretching the boundaries of what punk can be.