By Sarah Murphy
Published Apr 12, 2019
Ariana Grande has been open about her struggle with anxiety and PTSD, especially in the wake of the 2017 Manchester attack, but she got even more personal by sharing her actual brain scans on Instagram yesterday (April 11).

The thank u, next pop star revealed a text conversation featuring scans of a "healthy brain," a brain with PTSD and "my brain" on her Instagram story.

As seen on her scan, there's a lot more action going on in her brain than in either the healthy or PTSD-afflicted one.

Underneath the screenshot, she clarified that the post was "not a joke."

We're not doctors here at Exclaim!, so you can check out Grande's post below and draw your own conclusions.

Grande is currently out on her first world tour since the Manchester bombing. See her remaining dates here. 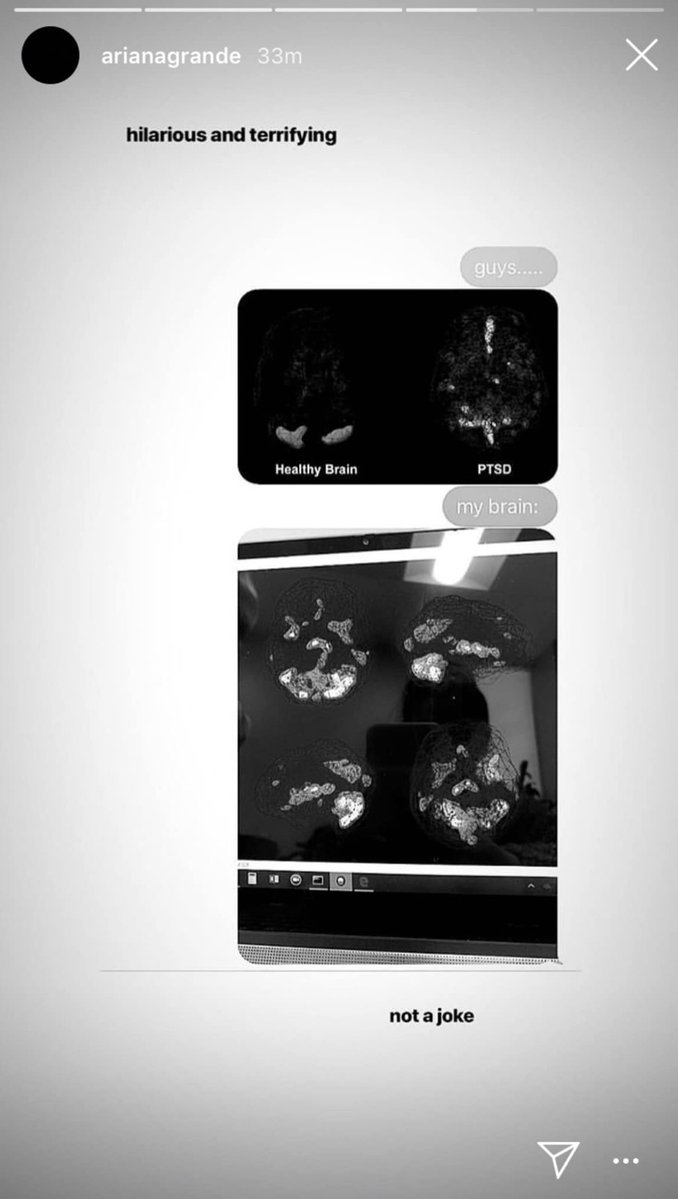