By Sarah Murphy
Published Jul 13, 2015
Toronto's Anamai brings together HSY's Anna Mayberry and Egyptrixx mastermind David Psutka, resulting in a unique brand of haunting, minimalist folk music. Now, the pair are ready to take that sound on a trip out to Canada's eastern half with a string of upcoming shows.

The tour kicks off in Wakefield, QC, on July 29 with a show at the Blacksheep Inn and keeps heading east, reaching Saint John, NB, on July 31, and then Sackville, NB, for a slot at SappyFest on August 1. Following a couple more East Coast shows, the band will work their way back home — stopping in Montreal on August 6 before a pair of Toronto festival dates wrap up the summer. You can see the full list of upcoming shows below.

In addition to the tour announcement, Anamai have shared a sneak peek at a new collaborative zine they've been working on with artist Morgan Criger. It was inspired by the "textures" of the band's debut album Sallows.

"The book can serve as a standalone or accompaniment to the music," Criger explained in a statement. "It's a loose impression of the album's lyrical themes, atmosphere and the winter landscapes of Ivan Bilibin."

You can see an example of Criger's "wordless art" in the image below and keep scrolling to find the full list of upcoming dates. 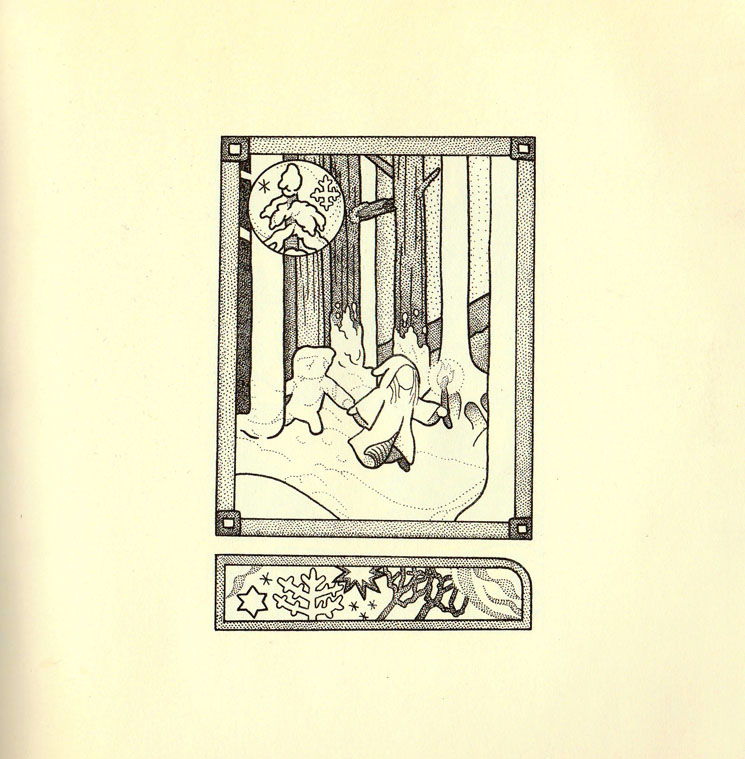