An Essential Guide to R.E.M.

Like the Fab Four, Michael Stipe, Peter Buck, Mike Mills and Bill Berry codified the genre, then laid out a career path that generations of subsequent bands would follow. They spent much of the '80s in the indie rock trenches before making a successful leap to the majors, and by the early '90s they'd become one of the biggest bands going, offering an enigmatic yin to U2's populous yang. Their creative powers dwindled in the 21st century, but their status as respected elder statesmen never waned.

The band have a deep, dense and diverse catalogue, and their influence remains ingrained in indie culture. And with their landmark 1992 LP Automatic for the People receiving a deluxe 25th anniversary reissue this month, there's no better time to (re)discover the Athens, GA legends. Below, dig into Exclaim!'s Essential Guide to R.E.M. 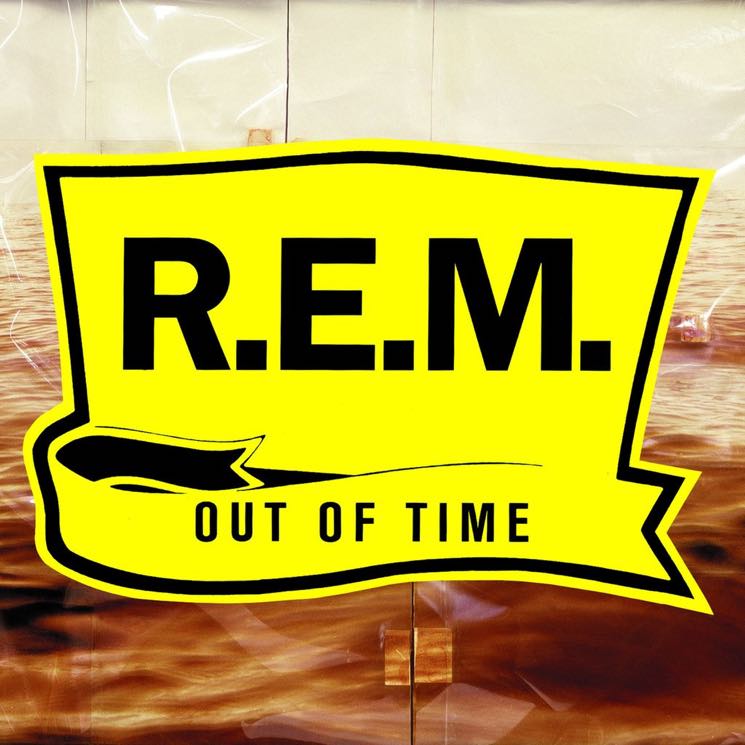 Canadian music critic Carl Wilson once described Taylor Swift's "Welcome to New York" as "perhaps the lousiest opening track to a great album since 'Radio Song,'" which opens Out of Time, and he's not wrong. The silly collaboration with KRS-One bears little resemblance to the other songs contained within; "Country Feedback," which chronicles Stipe's struggles with his new rock-star identity, is considered by many fans to be one of the band's finest. Paradoxically, it shares space with "Losing My Religion," the song that made them superstars.

And yes, "Shiny Happy People," featuring soaring vocals from the B-52's' Kate Pierson, is always better than you remember. Most notably, Out of Time pointed a way forward for indie bands looking to forge a career in the mainstream without losing themselves in the process. 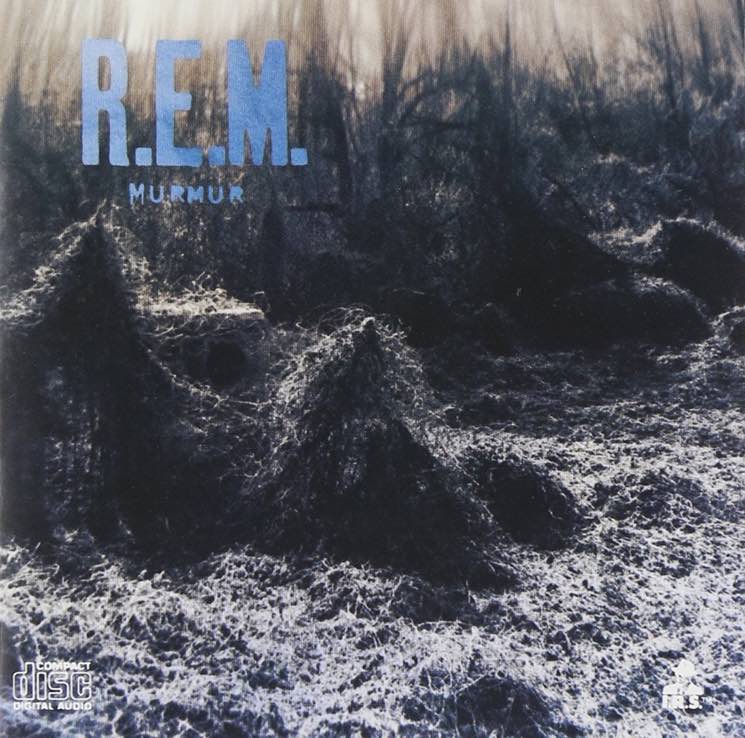 If you're looking for American indie rock's Rosetta Stone, look no further than R.E.M.'s 1983 debut. It's amazing how fully-formed the band were already; Stipe's voice and perplexing lyrics, Buck's arpeggiated guitar lines, Mills and Berry's locked-in groove are all on display here.

In today's world of mega-indies, internet-enabled distribution and the rock-bottom cost of recording, it's hard to fathom the degree to which R.E.M. were underdogs. Yet, the band succeeded, becoming critical darlings through sheer grit and superb songwriting. Ignored at the time, "Radio Free Europe" has rightfully become a ubiquitous anthem, while the album itself regularly ranks high on lists of the greatest albums of the decade. 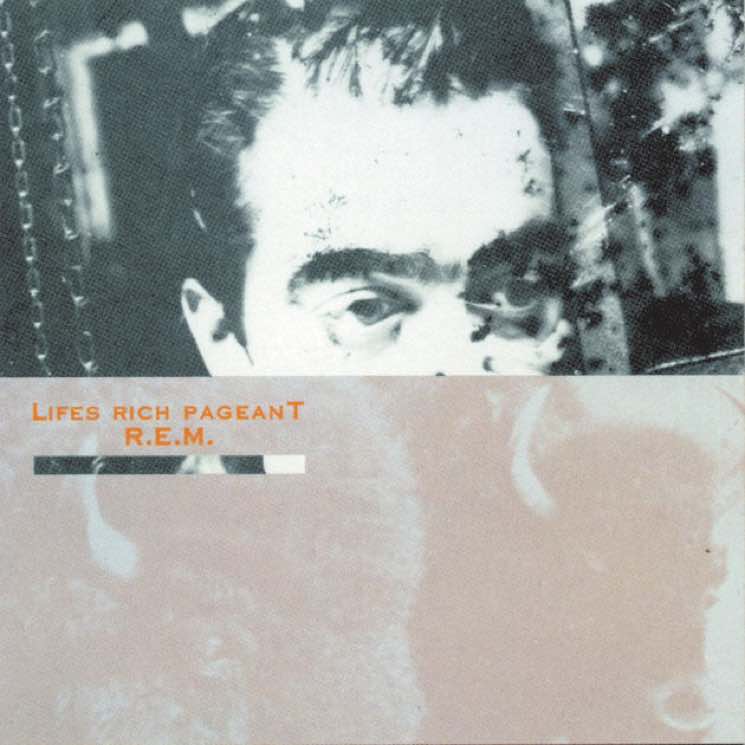 Life's Rich Pageant took them to the cusp of fame, producing a culmination of everything R.E.M. had been working towards. Opener "Begin the Begin" presaged the band's rock star phase, straddling the line between their more lyrical early material and the anthems that would come. "Fall on Me" was the band's first song to receive substantial play on mainstream radio, while "Superman" is an oft-forgotten cover that served as the record's second single, a rare instance of Mills taking lead vocals. 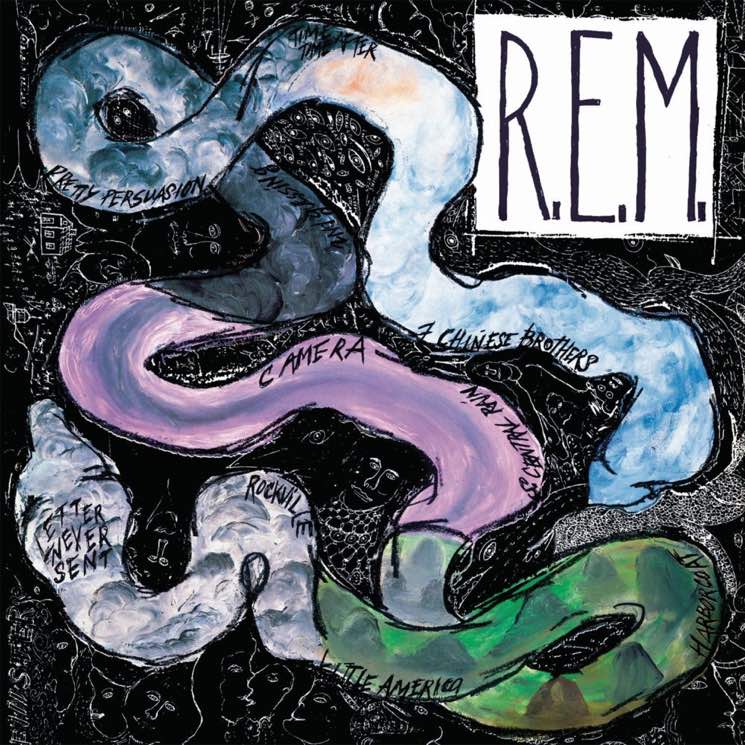 What R.E.M. started on Murmur came into full bloom on sophomore record Reckoning. Featuring crisper production that emphasized the band's live sound, Mills and Berry provide airtight rhythms around which Buck weaves his jangly playing. The case for Peter Buck: guitar hero begins here, but most notable is the emergence of Stipe. Where his vocals were once buried in the mix, here he begins to emerge from the murk, bringing slight clarity to a unique voice that he'd further hone over the next decade.

Of course, it comes down to great songs, and Reckoning has those in spades. The band's hot-streak of tunes continues here with opener and tone-setter "Harborcoat," which is followed by the chiming "7 Chinese Bros." "Pretty Persuasion" and "(Don't Go Back to) Rockville" were live staples, but they fit right in with the rest of the set. Reckoning entered a musical climate besotted with arena rock — Born in the U.S.A. and Van Halen's 1984 both dropped in the same year — but along with the Smiths, with whom R.E.M. would form a mutual admiration society, the band became the standard-bearers for anyone looking for another way forward. 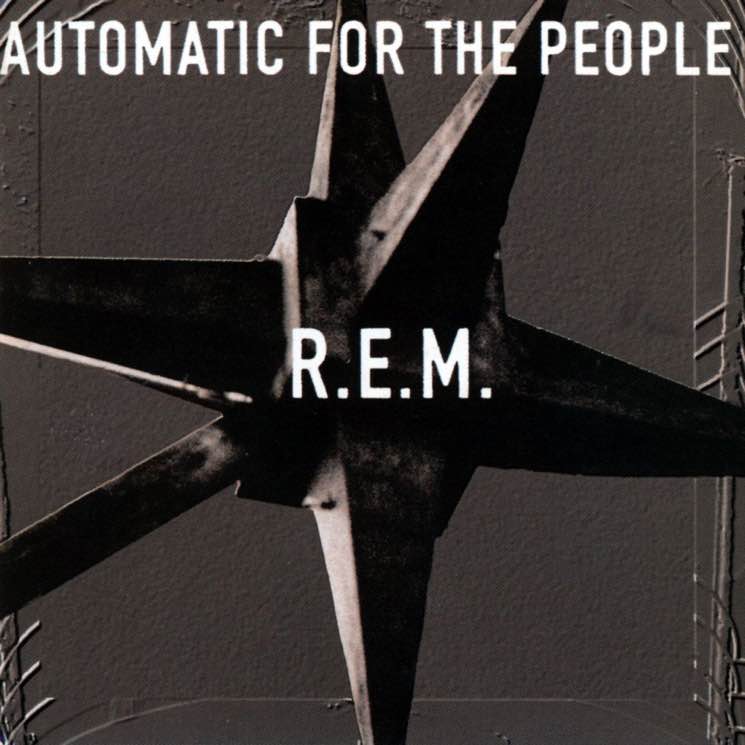 It seems incongruent to say that the best album that R.E.M., a band with such deep roots in indie culture, was also one of their most commercially successful.

Plenty will quibble, and much of that has to do with age: which version of R.E.M. did you grow up with? For me it was the MTV/MuchMusic-conquering acoustic-rock version that peaked here. Automatic for the People, which arrived barely 18 months after Out of Time, includes two songs that could be argued to be the band's most iconic — "Everybody Hurts" and "Man on the Moon" — but their ubiquity can blind listeners to its subtler charms. The stripped-down acoustic sound, shorthand for authenticity in the early '90s, sounds dated in lesser hands, but from slow-burning opener "Drive" through the elegiac "Nightswimming," Automatic for the People is reflective without being nostalgic, capturing the spirit of youth from a decidedly adult perspective. 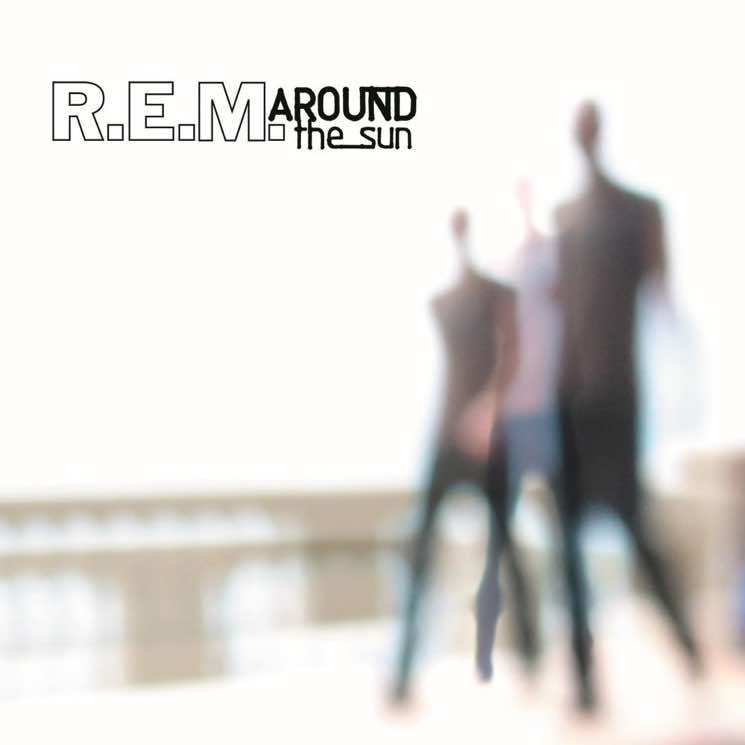 While there remains no consensus choice for R.E.M.'s greatest album, the unanimity for 2004's Around the Sun as their worst is as close to definitive as it gets. Slow, sombre and featuring none of the hooks or sharp songwriting that defined pretty much everything they'd done up until that point, it was critical and commercial disappointment that time has done little to blunt.

Dead Letter Office (1987) is no Around the Sun level snooze fest, but as a B-sides and rarities comp from the band's indie years, it should probably be the last stop on your tour of their early years (though it does included all five tracks from 1982's Chronic Town EP).

The band's song "Man on the Moon" famously paid tribute to comedian Andy Kaufman, so when Milos Forman made his 1999 biopic of the same name, he tapped the band for much of the Man on the Moon soundtrack. A mix of an orchestral score written by the band and some originals, it's little more than a curiosity in the grand scheme of the band's career; "The Great Beyond," a spiritual sequel to "Man on the Moon" is similarly fine, but inessential.

R.E.M. tended to avoid cheap stopgap cash grabs, but several hits comps have been compiled over the years with and without their input. 1988's Eponymous collects their best-known material from the I.R.S. years and includes several alternate takes/versions, though none are worth tracking down before immersing yourself in the original versions. That record has since been superseded by 2006's And I Feel Fine… the Best of the IRS Years 1982-1987, which is notable for its second disc of B-sides and rarities.

2003's In Time: The Best of R.E.M. 1988-2003 similarly collects the best-known songs from the band's major label records, while 2011's Part Lies, Part Heart, Part Truth, Part Garbage 1982-2011 spans their entire career. Both are impressive for the sheer volume of legitimate hits the band produced, but the new or "previously unreleased" songs appended to these comps are once again purely for the devoted. 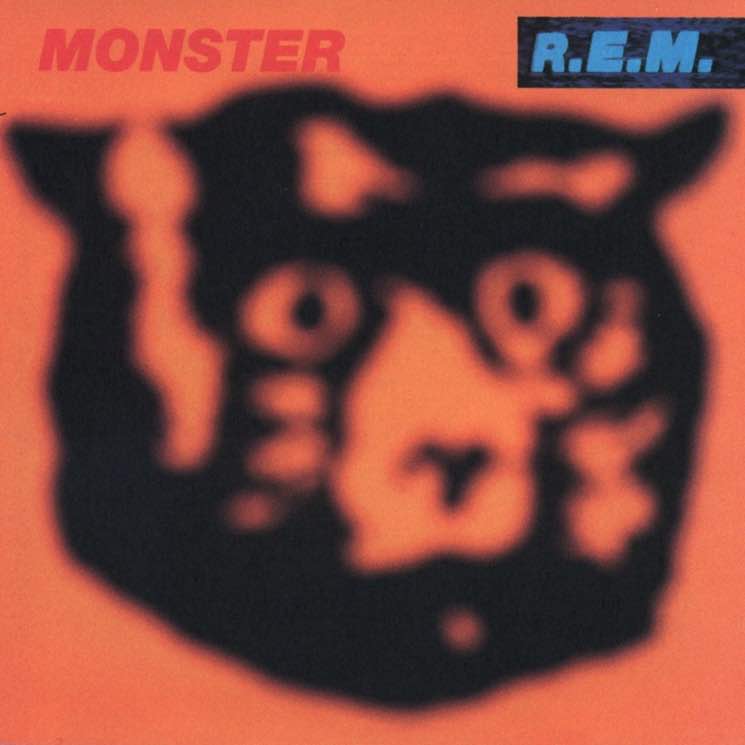 Is it wrong to call a band's commercial zenith underrated? 1994's Monster is, in many ways, best remembered today for its ubiquitous place in used CD bins, but it kicked off a trio of records that blew up the idea of what an R.E.M. album could be. Coming on the heels of the mostly acoustic Automatic for the People, Monster was the band's tongue-in-cheek rawk record, featuring blown-out, over-the top guitars. It was another massive hit for the band, and while many disliked the stylistic diversion, the years have been kind to it; it can now be viewed as one of the few times a superstar act managed to make an album that commented on their own stardom without seeming completely self-indulgent and self-serving. Its subsequent tour — their first in six years — nearly killed the band; drummer Berry suffered a brain aneurysm onstage, Mills had abdominal surgery and Stipe suffered a hernia.

The other fan choice for most underappreciated R.E.M. record might be 1985's Fables of the Reconstruction, an album whose reputation as the band's least favourite often pegs it as their sole stumble during the otherwise unparalleled run of classics they released during their time on I.R.S. Records. A Southern Gothic album recorded in England, its reputation has vastly improved over the years and is now mostly seen as an equal among the band's early records — in fact, arguments for the band's first five albums taking the top five spots could easily be made.

Document (1987), aka the one with "It's the End of the World as We Know It (And I Feel Fine)" on it, was once viewed as the crowning achievement of the band's I.R.S. run of records (before it, R.E.M. were a relatively popular critic's band), but the band's first full-length collaboration with producer Scott Litt made them rock stars. "The One I Love" was their first bona fide hit, propelling the album to platinum sales. Its status hasn't diminished; rather, those of its predecessors have simply increased. Really, it comes down to personal taste, and I've always preferred Lifes Rich Pageant to the more straightforward Document.

Monster was followed by 1996's New Adventures in Hi-Fi, a record recorded at sound-checks and in late-night, post-gig recording sessions that features the most diverse set of sounds R.E.M. ever put to tape; "Leave" and "E-bow the Letter," featuring Patti Smith on vocals, were instant highlights. Weird and wonderful, it was the first album the band delivered after signing a reportedly $80 million contract with Warner. If New Adventures' sonic excursions left anyone at the label wondering

if they'd overpaid, 1998's Up sealed the deal. After Berry left the group, the band teamed up with Radiohead producer Nigel Godrich to make their most studio-focused album, finding the band embracing Pet Sounds-inspired baroque pop and toying with electronic beats. It remains a fan favourite. It was also the last time the band would really push themselves outside of their comfort zone.

Opinions are divided on Green, R.E.M.'s 1988 major label debut; it was a bridge too far for some, while others saw it as a natural next step, even if it couldn't measure up to the one two-punch of Lifes Rich Pageant and Document. In retrospect, it's a perfectly fine album, and the band would take its brighter disposition to greater (and better) heights three years later on Out of Time. Still, as members of the band have stated, "Stand" is far and away the dumbest thing the band ever wrote.

After Up, R.E.M. began to embrace their role as a legacy act. Fittingly, 2001's Reveal seemed to circle the wagons, delivering the kind of follow-up many had expected after Automatic. Though it lacks R.E.M.'s characteristic ambition, it's rep as a dud is a little unfounded.

Following the relative disaster that was Around the Sun, both 2008's Accelerate and 2011 swansong Collapse into Now were hailed as back-to-basics returns to form. At the time, they felt like shots in the arm, and while time hasn't done much to elevate their stature (though retrospectively, the seeds of R.E.M.'s end were sown in many of the latter's lyrics) they remain good-not-great late-period R.E.M. records that find the band rediscovering their raison d'etre and going out on a relative high note.