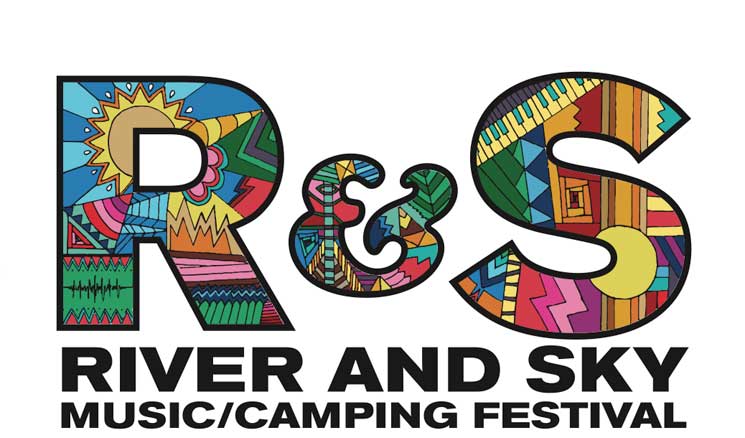 Established in 2009, River & Sky is a nature-first music and camping festival. Founded by Sudbury residents Peter Zwarich and Lara Bradley, the festival emerged from their house concerts as a way to give back to the musical community at-large.

Taking place over four days in mid-July at the Fishers' Paradise Camping and Outdoor Event Facility on the Sturgeon River, an hour east of Sudbury, the location is a large part of its charm, as attendees are encouraged to fully embrace the natural landscape. Unlike many other festivals, bikes, canoes and dogs are permitted on festival grounds, giving attendees many options to explore the locale, and to let their furry companions in on the fun. The Beach Stage is on the bank of the Sturgeon River itself, letting festival-goers listen to music while taking a dip, or while sweating it out in saunas made from hollowed-out RVs.

River & Sky features music all day long, with morning performances at the Coffeehouse stage, afternoons at the Beach Stage and evenings at the Main Stage. Each day culminates with late-night sets at the Beach Stage followed by a dance party at the secret DJ stage hidden in the forest that lasts until morning. The festival has featured a veritable who’s who of Canadian rock bands, including PUP, METZ, The Sadies, Weaves, Hollerado and Born Ruffians, while also promoting emerging talent like Casper Skulls, Luna Li, Mother Tongues, Corridor and the Ape-ettes.

River & Sky is strongly community-minded. It offers plenty of food, arts and crafts by nearby vendors, and the festival is filled with workshops for anything from hula hooping to stargazing. River and Sky is also committed to sustainability and environmentalism — the festival switched to reusable/washable dishware in 2017 and banned plastic straws for the 2018 edition. The festival doesn’t sell plastic water bottles (free water is available to keep attendees hydrated) or have plastic banners anywhere. The not-for-profit organization is volunteer-driven, always looking for volunteers to help organize the festival as well as host other events and fundraisers throughout the year, such as February 2018's aptly-named winter festival, Shiver & Sky.