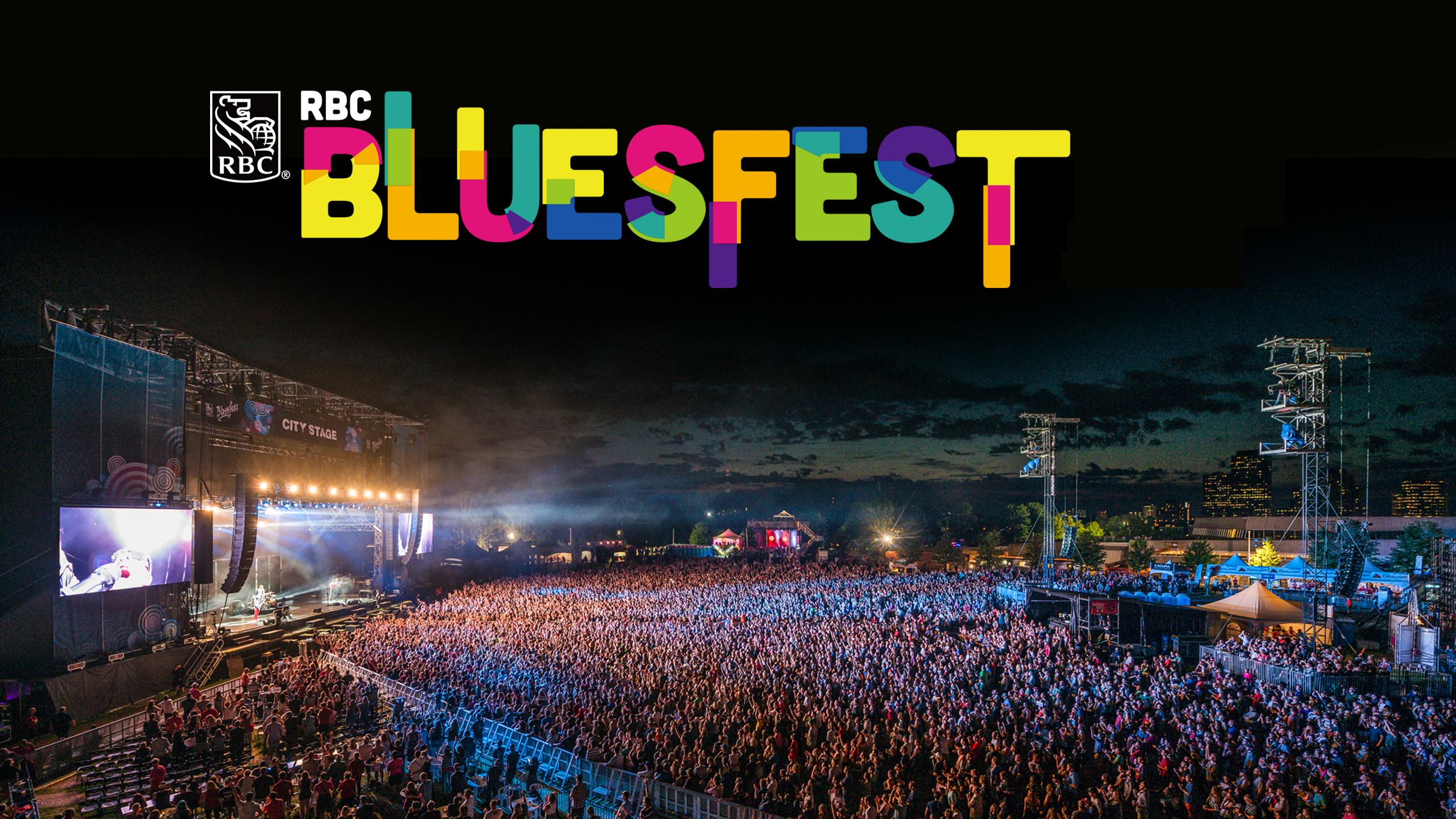 What started as a three-day blues gathering in 1994 has become a multi-weekend genre-bender featuring some of the world’s biggest acts. Through it all, the RBC Ottawa Bluesfest has maintained close ties to its community, giving local acts a stage and educating youth in blues culture.

The inaugural festival kicked off with Clarence Clemons as a headlining act. It quickly began to add jazz acts and pop performers to its lineup. But while Bluesfest maintains its roots through acts like its All-Star Blues Revue, it now offers a truly omnivorous musical buffet at which attendees can sample B.B. King one night and Björk another. These eclectic performances all take place at the scenic LeBreton Flats Park. With the Canadian War Museum at one end of the grounds and the Ottawa River at the other, the event provides an idyllic concert-going experience.

While Bluesfest has expanded consistently over its lifetime, it still retains its focus on the Ottawa music scene. The event gives the capital city the chance to see a range of bands that might not otherwise stop in town while still putting local acts on the bill. Its website boasts that in 2007, 40 per cent of the festival’s Canadian performers were from Ottawa. From roots-rocker Amanda Rheaume to the garage-punk of the Steve Adamyk Band to the smooth R&B of Pipahauntas, the festival books Ottawa-based bands that reflect the event’s musical diversity.

Bluesfest also fosters musical involvement in the local community. Its “Be in the Band” program offers music equipment and lessons to Ottawa teenagers, with a specific focus on at-risk youth. “Blues in the Schools,” meanwhile, brings music teachers to local schools for two-week workshops that let kids learn about blues performance and history. From outreach efforts to the main event, Bluesfest has become an integral part of Ottawa’s musical landscape.