By Josiah Hughes
Published Nov 23, 2015
It's been 10 years since Sufjan Stevens put out his list-topping masterpiece Illinois (and about nine years since we gave up hope on his completing the 50 States project). To celebrate, he's reissuing the album with a new cover.

For those of you who weren't in diapers back in 2005, you may remember that the Illinois cover art had a bit of a controversy. The release initially featured an image of Superman on the cover, but was soon met with a cease and desist from DC Comics.

Perhaps as a fuck you to DC, the new edition of the album features Marvel character the Blue Marvel on the cover. Asthmatic Kitty confirmed that the proper permissions are in place, too — as you'll see below, the Marvel logo appears on the back cover. 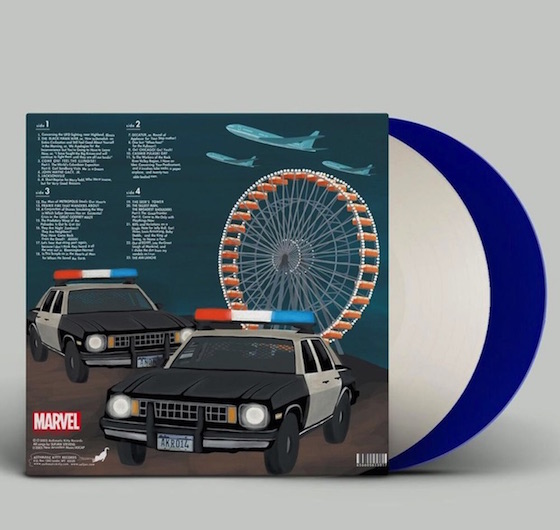 The 10th anniversary edition of Illinois arrives as a double LP on April 1 via Asthmatic Kitty and will be limited to 10,000 copies. Pre-orders for the release will begin tomorrow (November 24), and it will arrive on "Antimatter Blue" and "Cape White" vinyl.