By Calum Slingerland
Published Nov 29, 2016
Like other rappers, ScHoolboy Q primarily uses Twitter as a way to engage with his fanbase, and even offer some lucky listeners a spot on the guest list for shows. However, some of Q's followers may have been surprised to see rantings concerning Donald Trump, Kanye West, Syria and more upon logging on today (November 29).

This morning, the Top Dawg Entertainment MC had his account hacked by someone calling themselves "rorylol," who then posted a number of tweets styled with Q's tendency to capitalize the letter 'H.' That said, a Twitter user named @rorylol denied involvement in the hack.

Regardless of who was responsible, the string of questionable ScHoolboy Q tweets took aim at Canadian hip-hop icon Drake, calling him a "filtHy zionist," while another promised a joint album between labelmate Kendrick Lamar and J. Cole would be "out real soon."

The real ScHoolboy soon caught word, jumping in on his own to say "I'm hacked y'all kno damn well I don't talk like dat lol." After claiming that "Israel are tHe ones tHat are trying to sHut down kanye" and saying "FUCK YOU RADIO," the hacker was shut out.

Unlike some other rappers this year, it seems Q has a better sense of when to speak on greater issues affecting the world today. You can find screencaps of the hacked messages below. 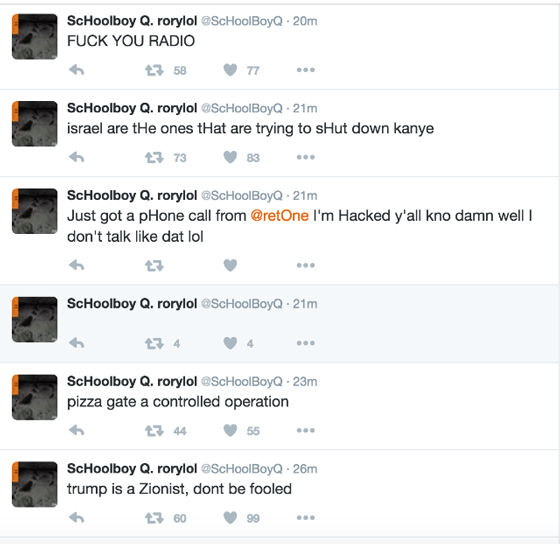 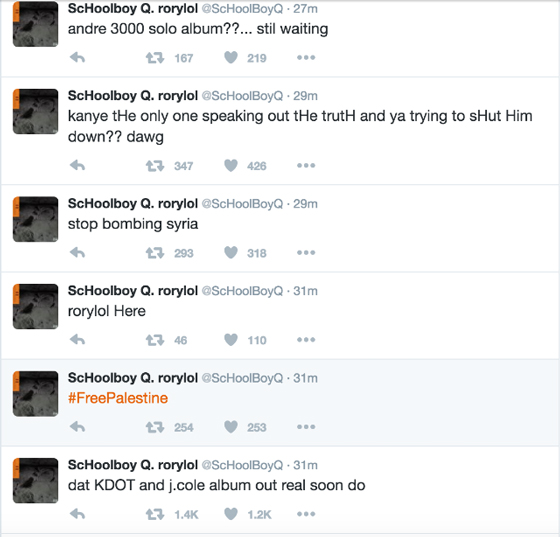 UPDATE: (11/29, 2:00 p.m. EST): After his Twitter was cleaned up, it appears the hacker has moved on to posting from Q's Facebook account. As you can see in the screenshots below, the hacker has called Mo G the best rapper in Canada and has promised a new Kendrick Lamar album on January 26 of next year. 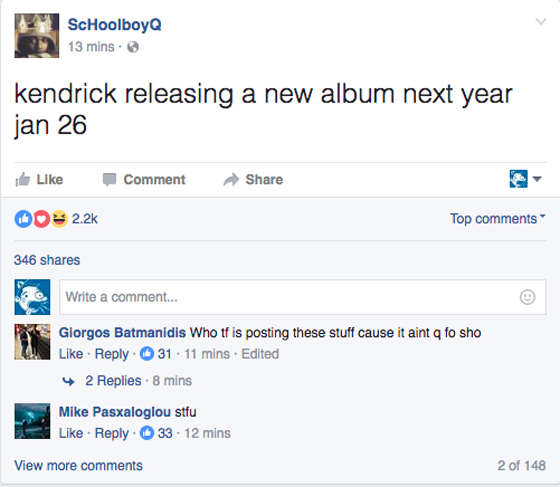 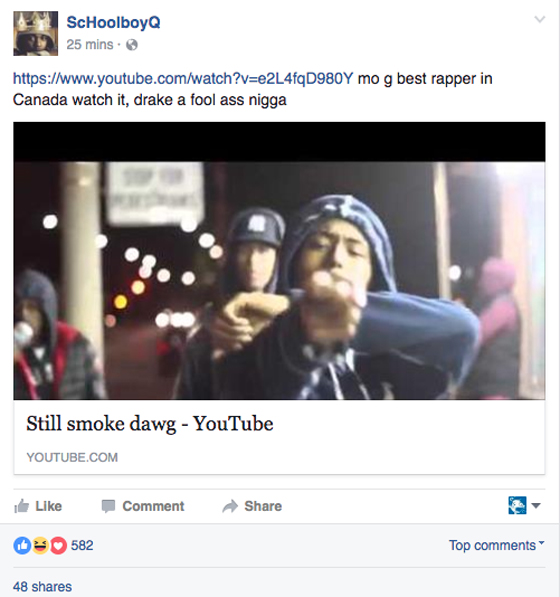