By Josiah Hughes
Published Jan 16, 2018
Today (January 16) marks the 70th birthday for horror icon John Carpenter, and while most people are paying tribute to the director and musician with traditional birthday greetings, he's also received a premature eulogy.

Movie review aggregator Rotten Tomatoes made a major flub on Twitter when it suggested Carpenter had gone to the great moviehouse in the sky: 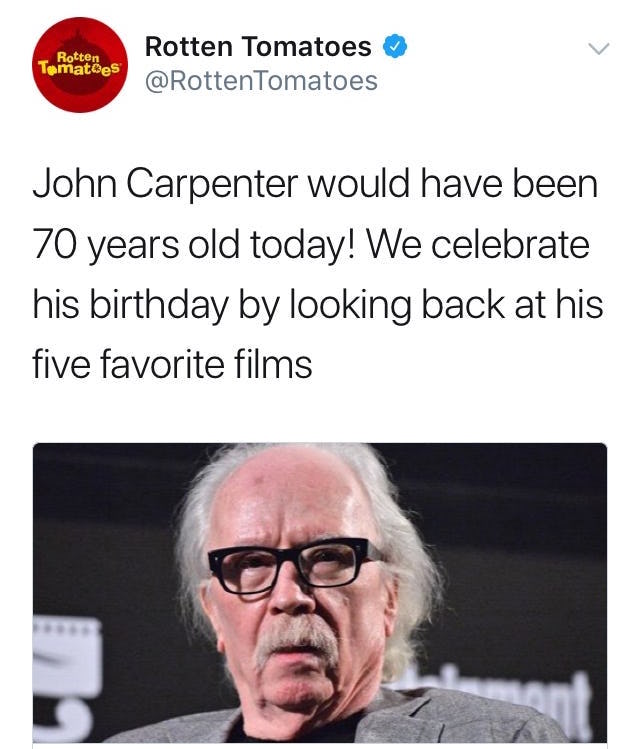 Of course, the site didn't explicitly call him dead. Perhaps they meant to write, "John Carpenter would have been 70 years old today and also, in fact, he is."

Regardless, the poorly worded tweet has since been deleted. (Thanks to Screen Rant for the screenshot.)

Carpenter himself has weighed in on the flub, responding to the site on Twitter:

To Rotten Tomatoes, despite how it appears, I'm actually not dead.


Happy 70th birthday, John! We're glad you're still among us.