By Gregory Adams
Published Nov 07, 2014
Conceptual doomsmiths Old Man Gloom have apparently made monkeys out of the music press by issuing a false version of their The Ape of God LP to journalists ahead of the album's official November 11 release through Profound Lore/SIGE. Even more mind-blowing? The metal supergroup have revealed two separate LPs named The Ape of God are arriving on release day, and they feature completely different tracklistings.

The confusion began last night (November 6) when the outfit spilled the beans over Facebook, noting that the positive reviews that the album had garnered thus far were in vain, seeing as the eight songs sent out to music critics were intended as a smokescreen to fool potential inside-job leakers.

"Guess what, assholes. The Ape of God is two entirely different albums," they explained in the post, adding, "If you downloaded some leaked shit, you don't have either. You have some bogus version we gave to press, cuz we knew those jerks would leak it (if you reviewed that fake record positively, thank you. We're just THAT good)."

Old Man Gloom did concede that they had "spent a lot of time on the music and putting together the 'fake' version of the album," and that they "100 percent stand behind" the material.

They continued: "We're not punishing anyone, and if you had fun with the record as we have with everything that has gone into it, then we've done our job. And also, anyone that did their research on Old Man Gloom should know that we're pranksters who ARE GOING TO FUCK WITH EVERYONE ALL THE TIME."

A review on music blog Stereokiller, which the group later co-signed over Facebook, adds that the eight-song cycle sent out to press was actually a condensed version of The Ape of God.

A couple hours after the post, the band uploaded a photo of two versions of the LP dubbed The Ape of God. As you can see up above, there are minor visible differences between the editions. Profound Lore likewise uploaded the image onto its label site, confirming The Ape of God is "two new full-length albums by Old Man Gloom...with the same album title."

In efforts to help calm any confusion, the band offered up the following this morning:

It's recently come to light that there is a small amount of confusion and frustration regarding our new albums The Ape of God. We are of course saddened by this as the last thing we want to do is cause any more confusion or frustration to any of you fine people. To remedy this situation we have created this convenient info graphic to hopefully better explain what is happening here in the camp of Old Man Gloom. We hope this message finds you all well and that we can put this minor speedbump in an otherwise lovely relationship behind us and move forward in a positive manner. Thank you for your time.

You can see that infographic below. And if that doesn't help, the band shared some pre-order links, which confirm The Ape of God is indeed two albums with two different tracklists. You can pre-order them on Sige over here and Profound Lord over here.

1. Burden
2. Predators
3. A Hideous Nightmare Lies Upon the World
4. Arrows to Our Hearts 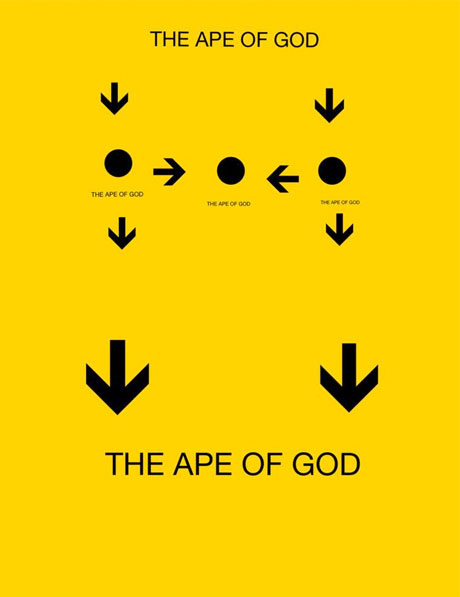