By Gregory Adams
Published Jul 26, 2016
Washington, DC's Dischord Records is inarguably one of the most iconic and important punk labels of all time. Ever since it was started up in 1980 by friends Ian MacKaye and Jeff Nelson to press local punk group Teen Idles' Minor Disturbance EP, the imprint has been focused on representing the surrounding DC area's independent music scene, ascribing to DIY values the whole way through.

While initially focused on the fast and furious sounds of hardcore, a template still followed by bands today, there has been plenty of diversity within the Dischord roster. Fantastically for us, you can now sample the bulk of it online, as the label just began streaming its releases on Bandcamp.

From slammed-out straight edge anthems, to the emo scene-inspiring Revolution Summer, to the early aughts' focus on funk-laced dance rock, there's a lot to absorb.

Here are but a few excellent releases to bear the famously scratchy Dischord logo. To quote Rites of Spring vocalist Guy Picciotto, it's time to "drink deep." 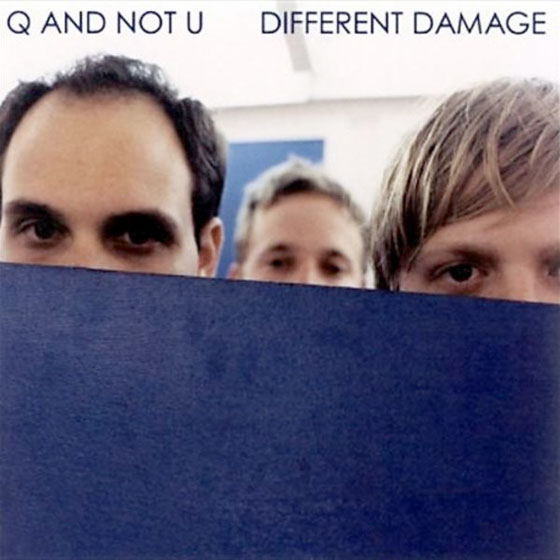 Many bands took influence from Fugazi's ear-piercing sonics, but few had latched onto the rhythmic approach of the group as well as Q and Not U.

To be fair, the original four-piece lineup from the group spiralled plenty of distortion onto their 2001 debut, No Kill No Beep Beep. Sophomore set Different Damage, however, found the truncated lineup of guitarist Harris Khlar, bassist Christopher Richards and drummer John Davis moving towards a decidedly more danceable direction.

"Soft Pyramids" is a gently funked opener full of egg shaker rhythms, whispered spelling lessons and melatonin-loaded melodica. Tracks like "So Many Animal Calls" and "Black Plastic Bag" do traffic in post-punk chaos, especially when it comes to Khlar's cat-scratch singing voice, but Davis's stomped-down four-on-the-floor kickwork and busy hi-hat shuffling inspire hip-swerving more so than a push-pit. 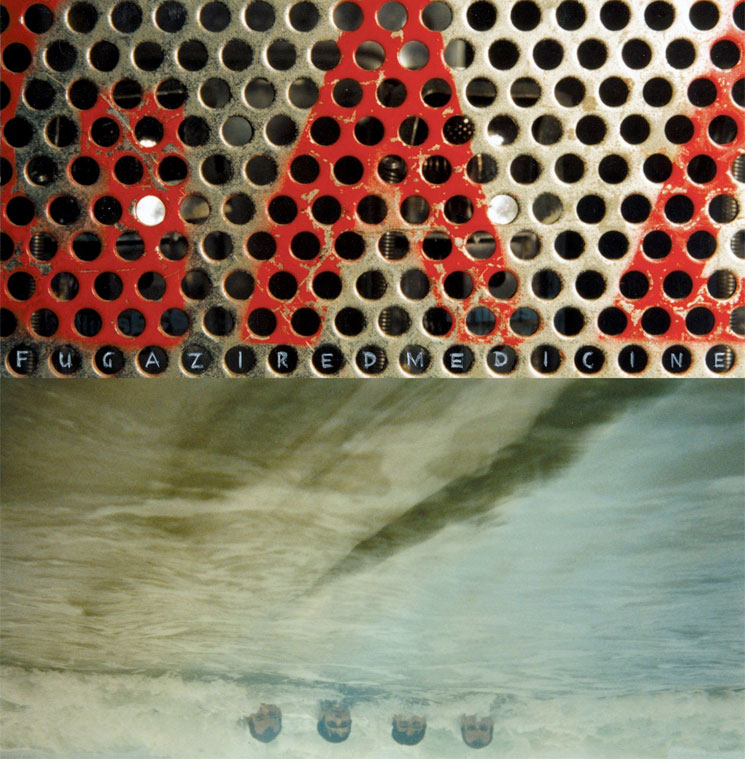 Following Minor Threat, MacKaye's Fugazi may be the next most well-known Dischord act of all time. The outfit were celebrated from the start, many out there still more likely to hum the bouncy-ball bass line of early number "Waiting Room" than anything else the band released between 1987 and 2001.

"Do You Like Me" starts things off jarringly with a mix of uncomfortably jazzy chords, Brendan Canty's pummelling drums and Picciotto's manic takedown of then-just-merged defence company Lockheed Martin, while punkier pieces also include MacKaye's "Back to Base."

There's a ton of weirdness in there too. Just check the ambient sax dubscapes of "Version," the beard period Beatles-on-a-bad-acid-bender melancholia of "Forensic Scene," or the truly terrifying piano-and-industrial bell intro of "Birthday Pony," which barely prepares you for the song's waves of sarcastic, reverberated laughter. It's Fugazi and their freakiest and finest. 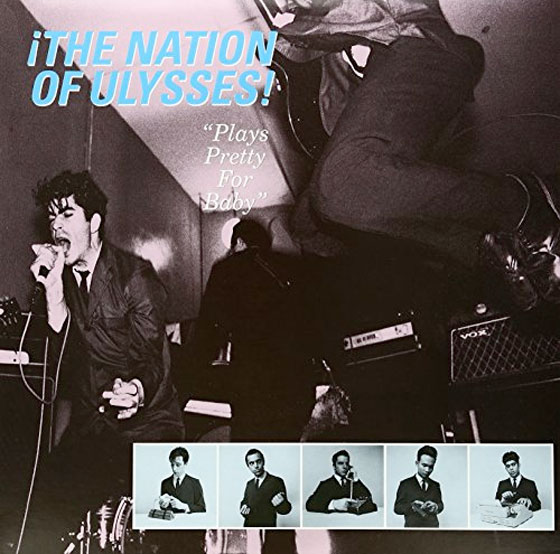 The Nation of Ulysses were five fashionable guys in suits and ties that pushed Dischord into the '90s with their pitch-perfect blend of politics and humour. That's not to say, despite what their greaser-styled pompadours suggested, that the group were super slick. 13 Point Program to Destroy America from 1991 is an incredible baker's dozen worth of tunes that revive early rock'n'roll spirit with post-hardcore noise and social critique, but its 1992's Plays Pretty for Baby that seals NOU's rebel legacy.

"Boys and girls, gather round / Come on everybody, dig this sound," Svenonius sloganeers like a vintage hipster on chaotic climax "The Kingdom of Heaven Must Be Taken by Storm," the quintet barely able to keep things together as they cycle through violent, stop-and-start bursts of sound. It's surface-level ugly, for sure, but surprisingly also one of the most beautiful moments of the Dischord catalogue. 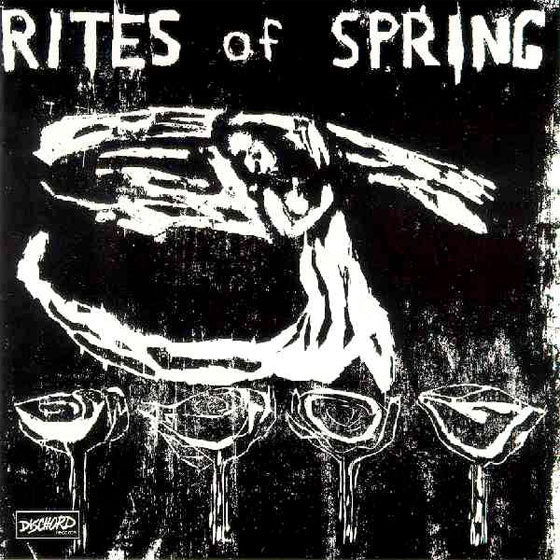 Following the first few years of DC hardcore, the scene started to fill up with bruisers. As brawls were starting to take place at shows and in the streets, Rites of Spring began to steer the all-ages community into a new direction by adding a ton of vulnerability to the forceful brutality of punk. The band's debut album End on End slams aggressively, but Guy Picciotto's pensive cries mined the personal in a poetic fashion unheard of at the time.

While "Hain's Point" and "Deeper Than Inside" are fired-up classics, the power of centrepiece "Drink Deep" is its sensuous, boiling point groove, a tension that eventually pushes Rites of Spring into an orgasmic, full-body-quivering finale. 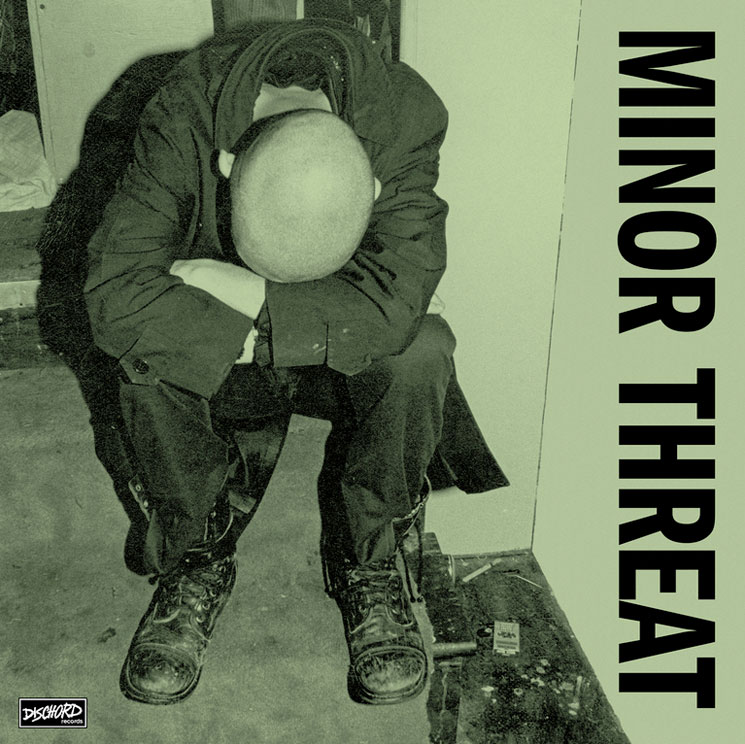 While Dischord kicked off its run with a 7-inch from Ian MacKaye's Teen Idles, its follow-up project Minor Threat that has left a massive, boot-shaped imprint on punk. The band's first attack, Filler, is a whiplash-inducing cavalcade of raw and angered yet conscientious melodic hardcore. Their titular theme song is a youthful rally cry, "Bottled Violence" is a send-off to boozy knuckleheads, and keep-your-nose-clean masher "Straight Edge" accidentally kick-started a worldwide drug-free phenomenon. It's also got hooks for days, with the riffs in "Filler" and "Seeing Red" being especially catchy.

Long out of print on its own, the record is now packaged on a 12-inch with the band's second, even more pissed-off second 7-inch, In My Eyes.

While all of the above are great, there's so much more Dischord-made magic to listen to.

Feeling the old-school aggression of Minor Threat? Then try listening to era-appropriate contemporaries like Youth Brigade, State of Alert or even the more metal-styled Void.

Rites of Spring were part of the mid-'80s Revolution Summer, a movement that found the group of Dischord kids exploring personal politics. Also around were Ian MacKaye's Embrace and Beefeater, while Minor Threat bassist Brian Baker also got more melodic with the almighty Dag Nasty.

Q and Not U weren't the only foot-shuffling unit on the Dischord roster in the 2000s. Similar-sounding contemporaries include double-vocal, double-bass combo Black Eyes, as well as Antelope.

Dischord has always kept close to its roots. This year, the label pressed new singles by Dag Nasty, as well as vocalist Shawn Brown's other project, Red Hare.

You can sample so much of the Dischord sound over here.