By Josiah Hughes
Published Aug 06, 2015
The last few weeks have been full of ups and downs for beloved Toronto rapper (and possible ghostwriter employer) Drake. Sure, he's been crushing Meek Mill with memes in their ongoing beef, but his recent OVO Fest recently ended in tragedy when two afterparty attendees were murdered. In these mixed up times, Drizzy decided to reconnect with his roots. In other words, he was finally photographed hanging out with his former Degrassi co-stars.

No, it wasn't for an upcoming episode of Degrassi's forthcoming season on Netflix and Family Channel. In fact, Drake didn't even show up for TeenNick's recent Degrassi retrospective special. Instead, the human prayer hand emoji opted to pop in on the launch for We Are Disorderly, a new web series featuring Degrassi's Mazin Esladig and Al Mukadam.

As Vulture reports, Drake happily posed for pictures with Mukadam and Elsadig, who briefly shared time on Degrassi with him. More importantly, however, Drake also posted up with his buds Daniel Clark (Sean), Adamo Ruggiero (Marco) and Lauren Collins (Paige). It's crazy to see that Wheelchair Jimmy can finally walk again! 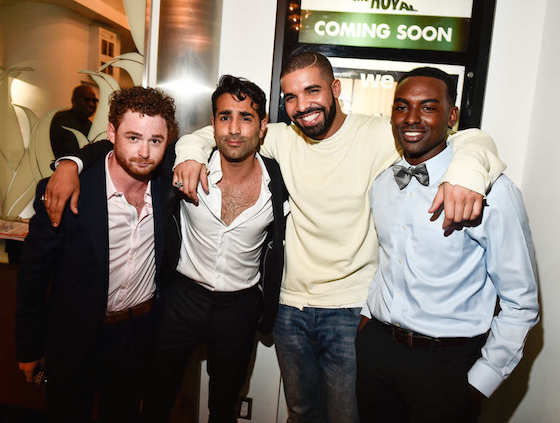