By Sarah Murphy
Published Sep 24, 2018
Drake's "Aubrey and the Three Migos Tour" attendance record took another hit over the weekend when the Toronto rapper had to postpone a pair of shows in Miami.

He was scheduled to perform at AmericanAirlines Arena on Friday and Saturday (September 21 and 22) evenings, but it was announced on Friday afternoon that the shows had been postponed.

The venue stated the cause as "circumstances beyond our control," and announced make-up shows set to take place on November 13 and 14.

Due to circumstances beyond our control, the 'Aubrey and The Three Migos' dates in Miami on September 21st & 22nd will be postponed until November 13th & 14th. pic.twitter.com/bpdOaqmOXN


Drake himself later got on Instagram to explain the latest schedule change. He said, "I got so ill so fast and I had never experienced anything like that in my life."

"Unlike other show cancellations or date adjustments due to production issues, this one fell on me and I just want to apologize because I hate letting down anyone who comes to share these moments with us," he continued.

He also thanked medical staff for helping him recover, and promised to give Miami "100 percent" when he returns.

Read the full message below. 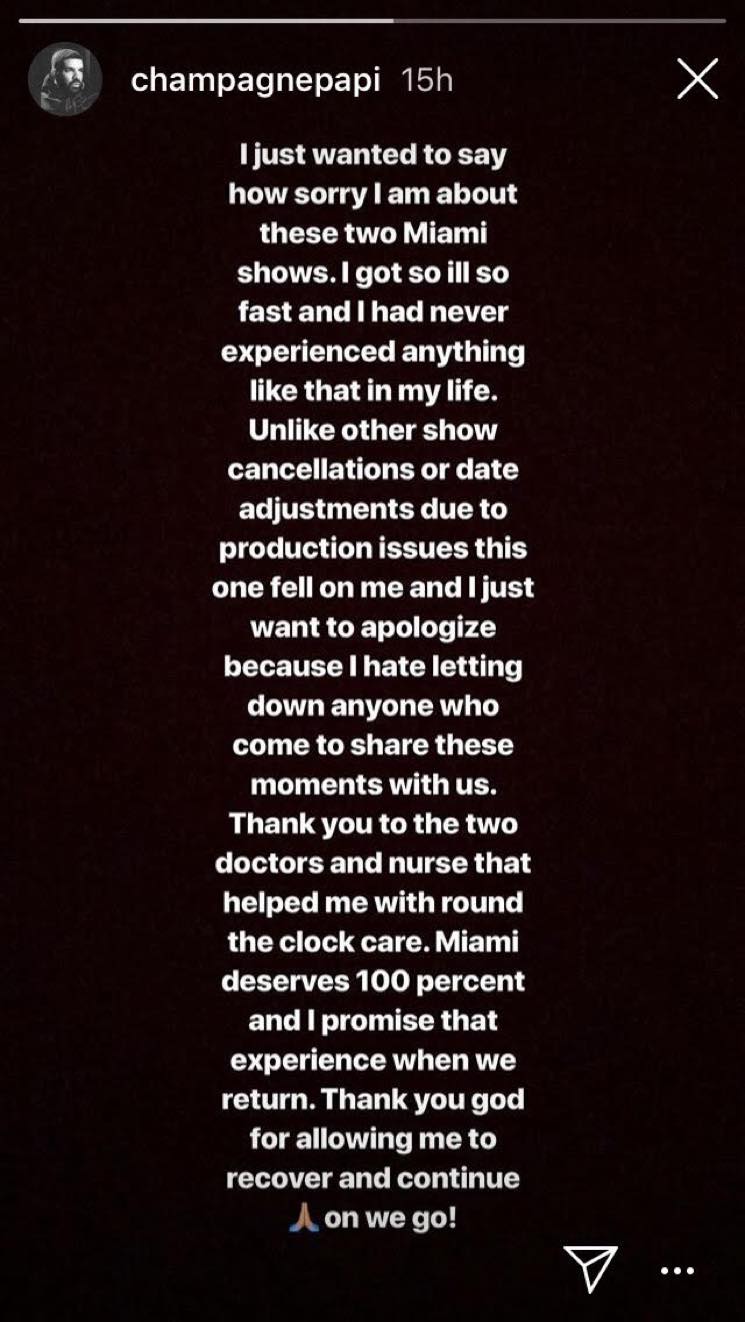 Of course, this wasn't the first hiccup in Drake's tour. The opening shows were pushed back and he cancelled one of the rescheduled Toronto dates  — then bailed on a TIFF premiere earlier this month.