By Alex Hudson
Published Sep 06, 2013
We're just a few days away from the September 9 release date for Arcade Fire's anticipated single, "Reflektor." On Wednesday (September 4), the band performed a secret show in Montreal and played some of their new material. What's more, it seems that an image of the cover art for the "Reflektor" single has emerged online.

The artwork comes via Nashville record store Grimey's [via Spin]. The store tweeted, "Who knows what this is? You'll be able to buy it @Grimeys on Mon. 9-9 at 9pm! @recordstoreday @arcadefire."

The post included the above image, which is credited to a band called "the Reflektors" and shows six faceless figures who look a hell of a lot like the guys and gals of Arcade Fire. As you can see, the cover adds, "Ask the Selector!"

If you head to Arcade Fire's Reflektor website, you can see a map of places where "Reflektor" will be available at 9 p.m. on September 9. The campaign is heavy on U.S. locations, but there are a few spots in Canada where it will be available.

As previously reported, an Anton Corbjin-directed video for the song will arrive Monday as well.

As for the secret show, The Main reports that it took place at the Salsathèque. While the new material apparently wasn't a huge thematic departure from Arcade Fire's past work, it reportedly trades in grandiose orchestrations for "the upbeat rhythms of conga drums and electronic flourishes alongside their most poppy sounds." Sonic touchstones apparently include David Bowie and Talking Heads, which isn't much of a surprise.

As for the album proper, it's set to arrive October 29 via Merge in the U.S. and Universal Music Canada here at home.

UPDATE: According to some online retailers, the 12-inch single has what appears to be the entire album tracklist — or perhaps chunks of lyrics — included on the back cover. Check it out below. 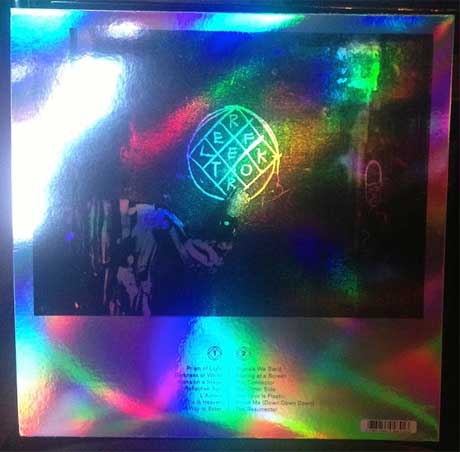 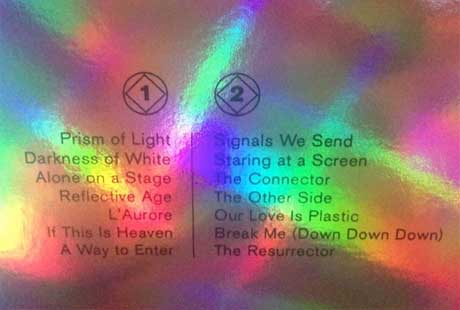