By Ryan B. Patrick
Published Sep 27, 2016
Genres like trip-hop, dubstep and drum'n'bass can all be traced back to a subgenre of reggae music known as dub. At its most reductive, dub music breathed — and continues to breathe — new, exciting life into existing recordings by way of stripping out or manipulating the original vocals, placing emphasis on the percussive and bass elements and leavening with audio techniques including reverb, echo, delay and effects. And while dub music didn't necessarily begin with Jamaican-born Lee "Scratch" Perry — who has been described as the "Salvador Dali of reggae music" — it was nurtured and fuelled by the audio innovations of the reggae legend.

The man born Rainford Hugh Perry in the tiny parish of Kendal in Jamaica rose to prominence in the 1950s, when local DJ-fronted sound systems set up street parties and competed — bombastically so, with trucks loaded with sprawling, often unreliable speakers, generators and turntables — for musical supremacy. Perry worked his way up the ranks within this scene running errands for the Clement "Coxsone" Dodd's legendary Studio One record label in the 1960s, ultimately becoming known as a strong producer and writing popular numbers like "Chicken Scratch," a dance fad ditty that earned him his nickname.

After a fallout with Dodd over compensation, he hooked up with Dodd's fierce rival, Joe Gibbs of Amalgamated Records, and after falling out with Gibbs — again over money, a recurring theme in Perry's career — he formed his own label, Upsetter. In 1968, he produced "The Upsetter," a persona-defining track that would air out his grievances to people he felt did him wrong; he followed it up with a hit reggae record in 1969's "People Funny Boy," a diss record that both insults Gibbs and foreshadows Perry's studio prowess as a producer with its laid-back tempo and use of a "crying baby" sample.

Perry established his house band, the Upsetters, and ultimately crossed paths with a then-struggling Bob Marley, who along with his band the Wailers, was still seeking wider success. In producing some of Bob Marley and the Wailers' most enduring work, Perry crafted the classic roots-rock reggae sound that's known today.

By 1973, Perry and his near-mythical Black Ark studio in his Kingston home were well established, and went through a stretch in the mid-to-late '70s of peak dub production, crafting records regarded as high-water marks for the genre. Indeed, Perry's lo-fi mastery in his use of a TEAC four-track tape machine and Soundcraft desk — along with tape delays, phasers, reverb and any other ambient sounds he could get this hands on — were a testament to his production genius. His "mad scientist" persona blurs the lines between real-life and imagination, and his innovative ability to meld spirituality with protest music, has set the template for a lot of today's electronic-based genres.

Widely regarded as a musical genius, the output of the now-octogenarian Perry has been prolific and, truthfully, uneven; there is a lot of chaff amongst the wheat, and with a discography that spans decades, immersing yourself in the dub world of Perry can be a daunting endeavour. So, we're doing you a solid — with this new album, Must Be Free, out just days ago (September 23), we're proud to present Exclaim!'s Essential Guide to Lee "Scratch" Perry. 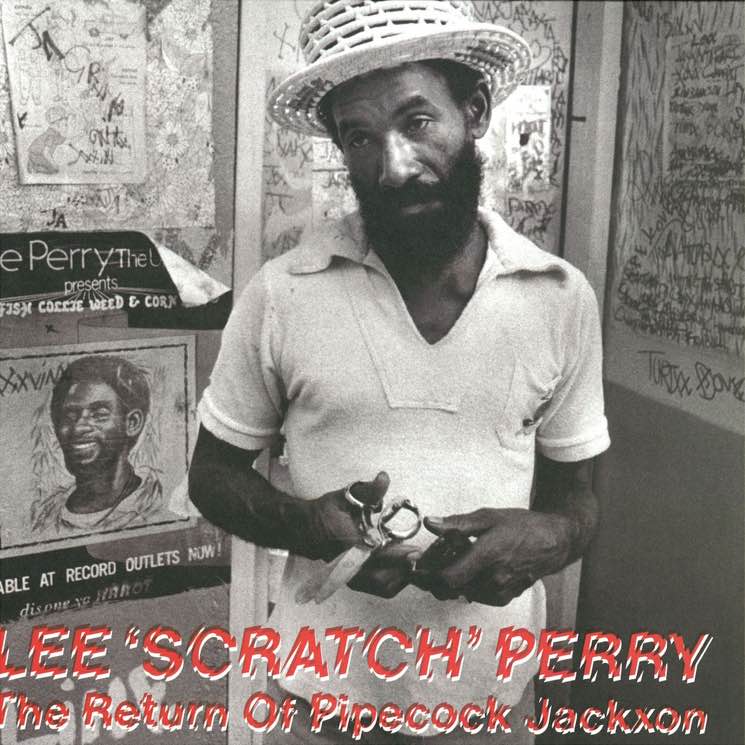 Perry was heavily into hard drugs — i.e., acid — by the time he recorded the mind-altering The Return of Pipecock Jackxon, having fled his native Jamaica and the ashes of the Black Ark studio for Amsterdam.

In terms of lyrical content, Perry is sprawling, addled, all over the place thematically, but the production is ever boundary-stretching. To say that his fabled production techniques — such as allegedly smearing feces on the studio walls — are unorthodox would be an understatement. Perry basically recites the alphabet on "Bed Jamming," and there's a clear Eurocentric feel throughout. Standouts include "Easy Knocking" and "Give Thanx to Jah." 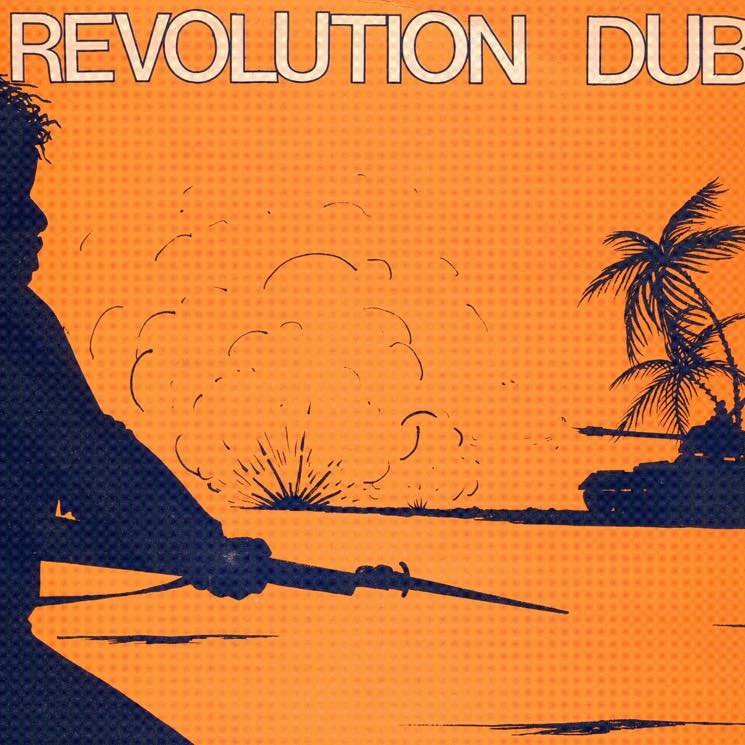 "This is dub revolution / Music to rock the nation," Perry proclaims on the opening track of Revolution Dub, setting the stage for the musical righteousness that is to follow. The record aims for the absurd as it throws a heap of audio techniques at the wall — including messing around with the left-right channels, sampling from UK radio stations and using a then almost unheard-of drum machine — as Perry handles vocals and adopts various personas to take us on an oddly satisfying trip. Tracks like "Dub the Rhythm" and "Dreadlock Talking" reveal a slow, minimalist stab at dub music. 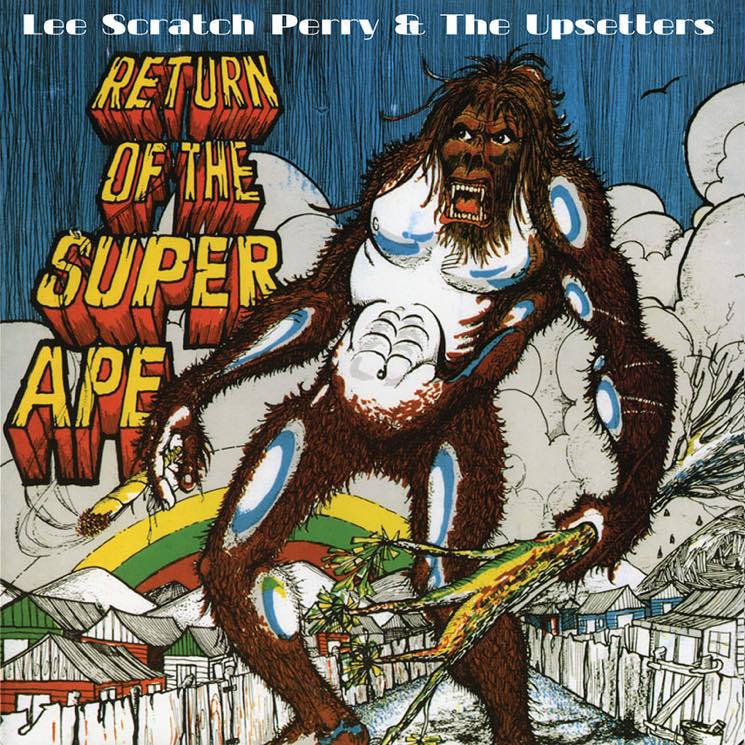 With the distinction of being the final album release by Perry's house band the Upsetters prior to him razing the Black Ark studio to the ground in a fire — due to too many hangers-on, criminals clamouring for "protection money" and overall bad energy, according to Perry — Return of the Super Ape rides off the high of its 1978 predecessor, Super Ape.

It's here where the "mad genius" label is first truly earned: rumours of Perry literally blowing ganja weed into his audio equipment, along with a host of other peculiar behaviours, mark this period. The album is both bewildering and psychedelic, a hazy, reverb-fuelled endeavour that features solid cuts "Jah Jah ah Natty Dread," and the haunting "Bird in Hand." 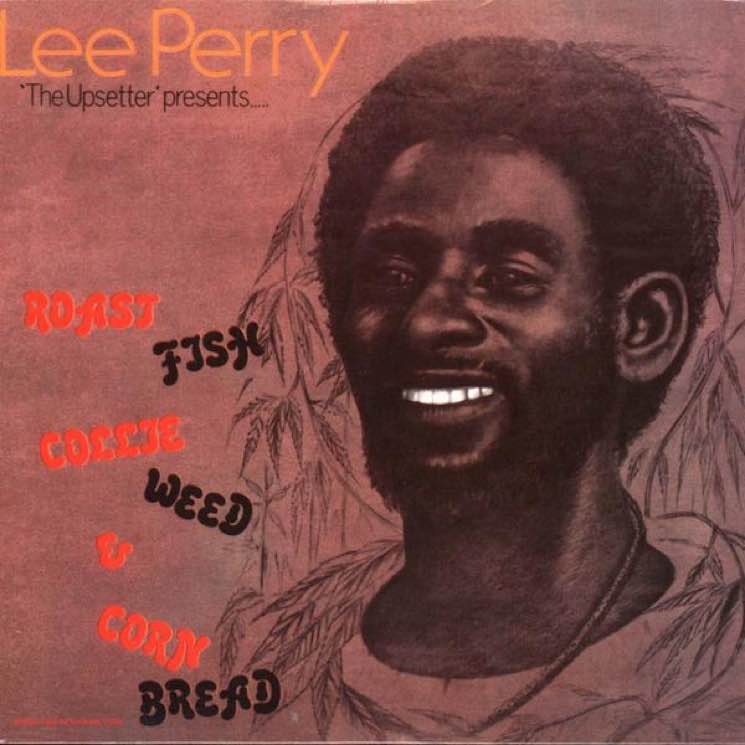 Originally rejected by label distributor Island Record, Roast Fish Collie Weed & Cornbread is rough, experimental and essential to understanding Perry's musical approach. It's clear that Perry is far from a strong vocalist, yet here, he fully assumes the lead vocals.

Roast Fish reveals Perry's fragile mental state as it weaves its way though eccentric numbers like "Soul Fire," "Throw Some Water In," "Free up the Weed" and "Evil Tongues." The sound quality is trademark Perry — raw, rough, and pitchy — but the wildly imaginative project is the definitive Black Ark record. 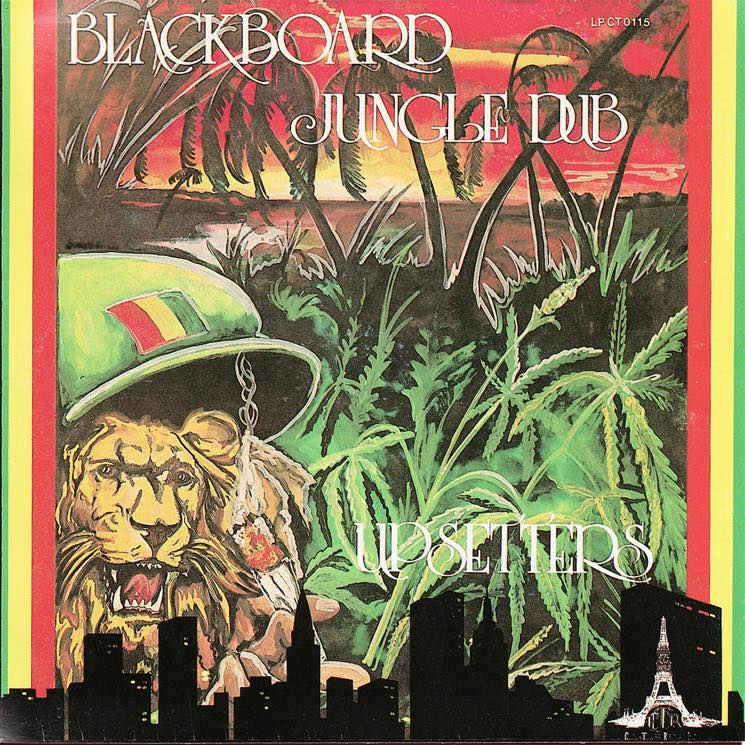 Released on his Upsetter label, the early template for dub is set on this release. With his trusty house band, Blackboard Jungle Dub — originally released as Upsetters 14 Dub Blackboard Jungle before a series of reissues — is highly ambitious, with Perry "toasting" over cuts heavy with horns, drum and bass. The project features mix work by Jamaican dub legend King Tubby, although the extent of it will likely never be known, as Perry has downplayed the fellow sound engineer's involvement in this project.

Tracks like "Rubba Rubba Words," "Fever Grass Dub" and "Kasha Macka Dub" are supremely braggadocio in nature, while the reverb-drenched "Cloak a Dagger" — "music to make you stagger" — is a classic and unforgettable cut. It's chill, it's groove, it's dub in its infancy. 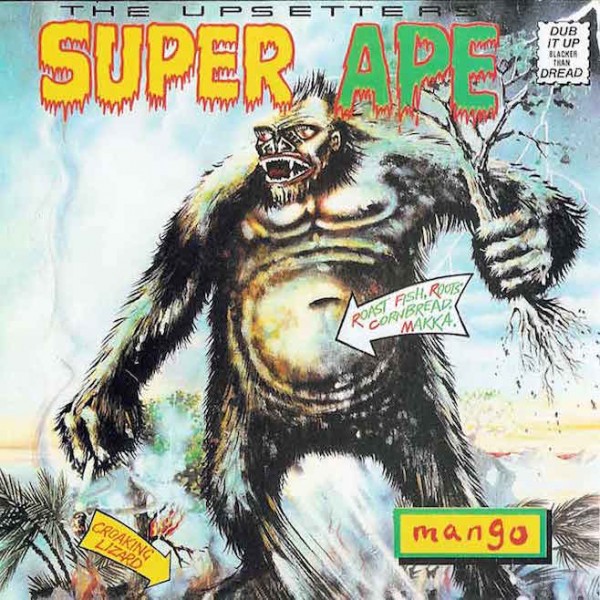 Originally released as Scratch the Super Ape, this 1976 gem, engineered and produced by Perry with studio band the Upsetters in his legendary Black Ark studio, finds him at his otherworldly peak. The dub wizardry on display is lo-fi yet nearly magical in creative execution; Perry has honed his remixing skills — his "versions" — to hazy effect, reworking existing rhythms to create something new and efficient.

With Perry on the mixing boards, Super Ape is vividly atmospheric, a murky, muscular swirl of vocals, bass and horns. The album cuts — including "Underworld," "Curly Dub" and "Dread Lion," stand tall, while "Zion's Blood" and "Croaking Lizard" demonstrates dub's entrancing power. Super Ape is a masterclass in dub, a classic for Perry and the genre as a whole. 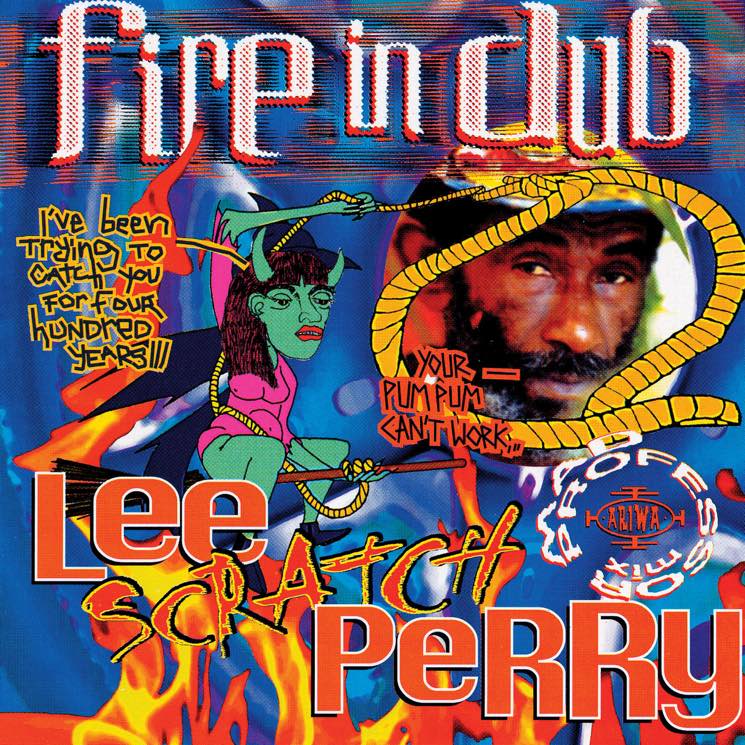 Digesting Perry's lengthy discography can be an exhausting affair, primarily due to the oodles of outtakes, bootlegs and substandard material that should have never seen an official release. Much of it is summed up on the fantastic 1997 Island Records compilation Arkology, but individually, it's a lot to take in. 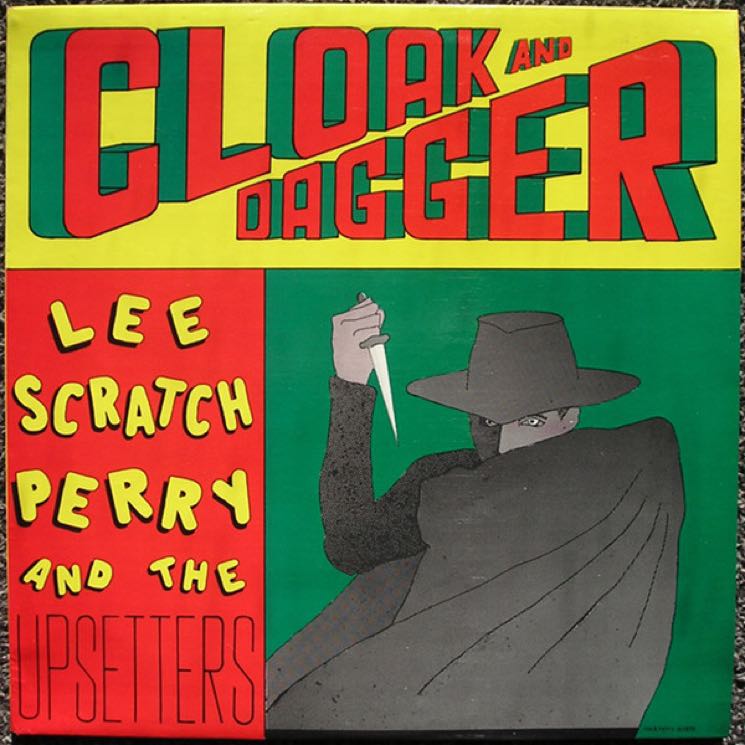 The artist alternatively known as "Pipecock Jackxon," "Super Ape" and "the Upsetter" is a fascinating musical presence, so there's plenty to dig into after his essential records.

Early Perry also stands up, including the instrumental dub of 1969's  Return of Django and 1973's seminal Cloak and Dagger.  You can venture the easy route of picking up the admittedly fantastic 1997 compilation Arkology, which captures the best of the best from Perry's Black Ark studio days.

Finally, you would be remiss in not checking out other Black Ark material — notably classic content such as 1977's roots reggae album Heart of the Congos by the Congos. The 1976 Rastafarian protest record by Max Romeo, War Ina Babylon, is similarly excellent, as is Junior Murvin's "gangs & police brutality" album Police and Thieves, the title song of which was covered by UK punk rockers the Clash and featured on their 1977 self-titled debut.