10 Horror Soundtracks No Halloween Should Be Without

By Brock Thiessen
Published Oct 25, 2012
Once again, it's that time of year when spooky reigns supreme — when goblins, ghouls and ghosts come out of the woodwork, load up on scary movies, and get out there to trick or, in many cases, treat. Yes, folks, it's Halloween.

The big event is coming up fast, and no doubt, many are already planning to get mighty fiendish October 31. However, as music lovers well know, no Halloween experience is truly complete without some appropriately spooked-out sounds.

So to help you get prepared for your big fright night, we've assembled a list of some of our all-time favourite horror movie soundtracks. The best part: all the albums to follow are downright killer any time of the year, no jack-o'-lanterns or costumes required.

Without further ado, here are our 10 Horror Soundtracks No Halloween Should Be Without. 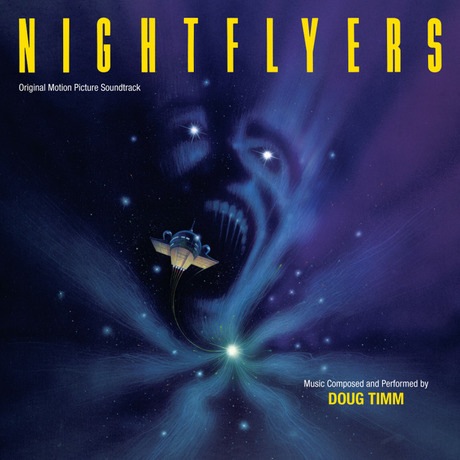 Long before George R.R. Martin was writing novels about ice and fire, the high-fantasy king was quite the genre jumper, dipping into everything from historical fiction to sci-fi to horror. In the case of his 1980 novella Nightflyers, it was sci-fi horror. Marking the only GRRM effort to make it to the big screen (so far), the film, which essentially involves a deranged spaceship going on homicidal rampage, came with mixed results, ultimately causing it float down the B-movie gutter. That said, the movie comes packing a pretty stellar soundtrack, courtesy of little-known composer Doug Timm. Utilizing an impressive array of spaced-out synths, Timm created a soundtrack that's as cosmic as it is unsettling, shifting between majestic interstellar bliss and high-tension eeriness. Yes, this is more on the sci-fi tip, but since when is darkness stretching out into infinite nothingness not scary as hell? 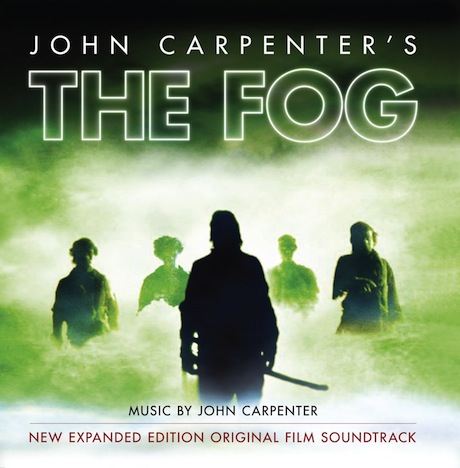 John Carpenter has made some amazing scores in his day, but when it comes to straight-up creepiness, The Fog tops them all. Telling the tale of a ghostly fog that brings with it a horde of zombie-like monstrosities to the seaside town of Antonio Bay, the film very much plays out like an old-fashioned ghost story, and the music couldn't be more perfect. With a mix of organic instruments, eerie synths and sinister sound effects, the soundtrack is dark, brooding and more than a little blood-curdling. However, like all Carpenter scores, this is one killer piece of electronic music, with an appreciation of the actual Fog film not required. Conveniently enough, Silva Screen Records just released an expanded double-disc version of the score, adding all that much more spooky. 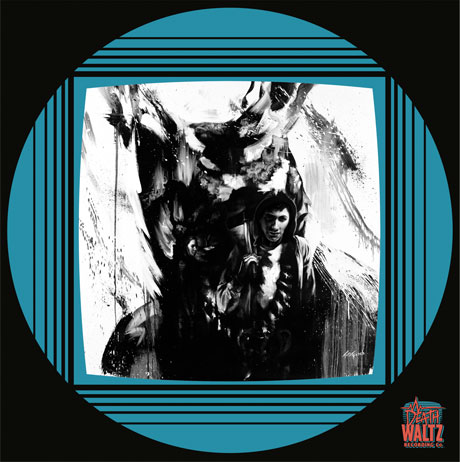 You'd be hard-pressed to called Richard Kelly's 2001 cult masterpiece Donnie Darko a full-on horror movie, but it does fully capture Halloween's weird and unsettling side — something that also holds true with the soundtrack. Composed by Michael Andrews, it is one hell of a mood piece, with each track's aural hypnosis sucking you in deeper and deeper. Besides a pair of lovely female voices, the other-worldly sounds come via pianos, mellotron, marimba, organ, xylophone and the like, all effectively putting you in a very dream-like state. Of course, the soundtrack also comes with the best Tears for Fears cover ever, courtesy of Gary Jules's rendition of "Mad World." If you fancy a vinyl copy, Death Waltz Recording Co. recently reissued the soundtrack as well. 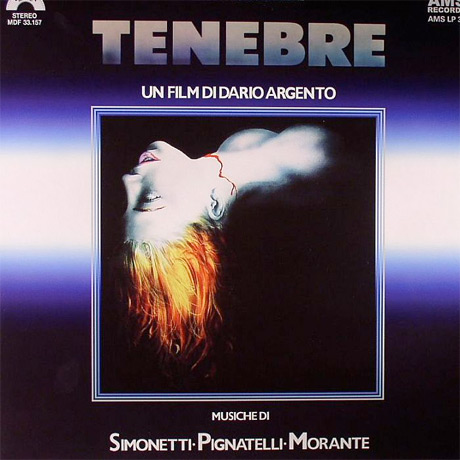 If you have thing for Halloween dance parties, you'd be wise to hunt down a copy of the score to Dario Argento's Tenebre as soon as possible. While credited to Simonetti-Pignatelli-Morante, the soundtrack essentially comes via a truncated lineup of Italian horror-score kings Goblin, who as a trio effectively crafted some of their most infectious, Italo-disco-influenced sounds ever for this release. In fact, the main title will likely be immediately recognizable to many, thanks to Justice liberally sampling it for their hit track "Phantom." As many Goblin-related releases proved, the band were hardly content being a one-trick pony, and Tenebre proved they had the ability to flex some seriously awesome dance-geared muscles.


6. Beyond the Black Rainbow
Sinoia Caves
(2010)
Standing as one of the most eccentric and unique Canadian films around, the Vancouver-made Beyond the Black Rainbow is one hell of a trip, and so too is the cosmically laced soundtrack. Taking influence from the scores of John Carpenter and Tangerine Dream, the synth-fuelled odyssey comes via Sinoia Caves (aka Jeremy Schmidt of Black Mountain) and his museum-worthy collection of analog gear. If you're fortunate enough to be familiar with Sinoia Caves' sole full-length, 2002's The Enchanter Persuaded, imagine that with the interstellar psych factor turned up tenfold, with Schmidt's synthcraft coming out dark, beautiful and trippy as hell. But here's the bummer: While rumours of an official release coming sometime this winter have been floating around, there's unfortunately still no official word on when the soundtrack for Beyond the Black Rainbow will be released. 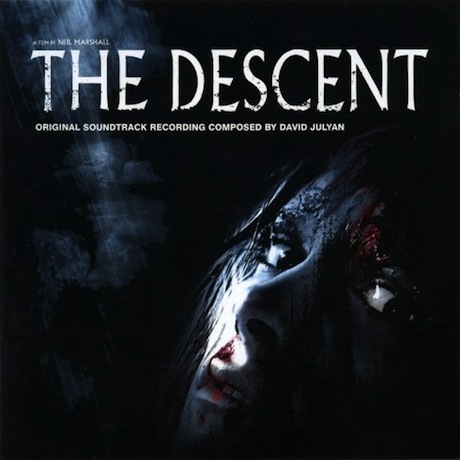 Hands down, David Julyan's score for The Descent stands as one of modern horror's finest musical offerings. Soundtracking Neil Marshall's scary-as-hell 2005 film, the neo-classical-tinted album spurs some very contradictory emotions, much like the actual film itself. On one hand, the score is claustrophobic and creepy as creepy gets. But on the other, it's downright beautiful, utilizing glacial, heart-tugging string movements and ghostly "under-your-skin" electronics to lull you into submission. Or at least until Julyan shocks you out of your false security. In a strange way, the whole thing comes across as a darker, more horror-focused Stars of the Lid, and it's all well worth exploring — even if you never manage to find your way out again. 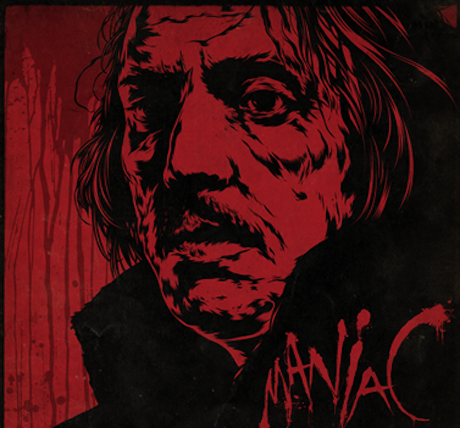 If you haven't heard of trashy slasher opus Maniac, chances are you soon will, thanks to a new remake by Mr. Frodo Baggins (aka Elijah Wood). While we can't speak for the quality of the reboot, the original is most definitely a must-see for any horror buff, partly in thanks to Jay Chattaway's cult classic of a soundtrack. Featuring eerie synthesizers, killer bass moves and some of the best flute lines around, it's pure horror-score bliss from start to finish, offering plenty of tension-fuelled synth jams, as well as teary, melancholic sobbers. Chattaway would go on to score bigger, higher-budget films, but it's Maniac that still stands as his finest accomplishment, with each of its tracks screaming "classic." Frustratingly enough, though, finding a vinyl copy — even Mondo's remastered reissue — isn't exactly easy and will cost you a pretty penny. 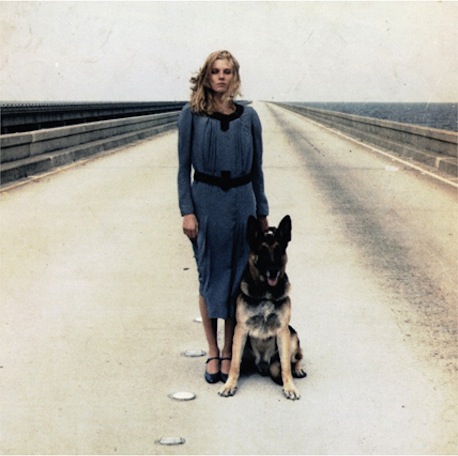 It wouldn't be a stretch to call Fabio Frizzi's score to The Beyond a straight-up masterpiece. Striking the perfect balance between orchestral grandeur and prog-rock awesomeness, the soundtrack is ambitious piece of work, building complex arrangements that combine everything from lush string sections to funked-out bass workouts to Omen-like choirs and some of the best mellotron work ever set to tape. With a soundtrack like this, it's a wonder Italy's Fabio Frizzi isn't more better known than he is. The film itself? Well, it comes at the hands of "Godfather of Gore" Lucio Fulci, who fills his blood-soaked journey to hell with flesh-eating tarantulas, lazy-as-fuck zombies and gingers on the run from blood-red ooze. Oh, and of course, there's his undying love for eye mutilation. The Beyond is a must-see — and a must-hear — especially if you can track down the remastered vinyl reissue out on Mondo. 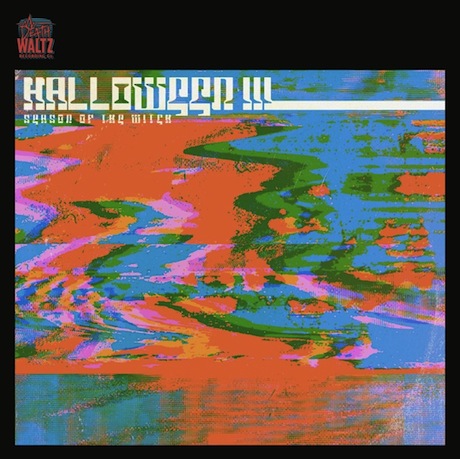 So Michael Myers wasn't in Halloween III. Big fucking deal. Thirty years should have been plenty enough time to get over it. Still, while Halloween nuts love to debate about whether the third instalment in the series is a masterpiece or a complete waste of time, it's hard to argue that John Carpenter and Alan Howarth's score isn't the best in Halloween history. Containing some of the finest minimalist synth work to ever grace turntable, it's a killer score from start to finish, offering a listening experience that's haunting and sinister, but also hypnotic and strangely beautiful. It represents the peak of Carpenter and Howarth's scoring powers, and still in 2012, Halloween III sounds as frighteningly futuristic as ever. While the 24th Anniversary Collector's Edition contains some amazing bonus tracks, if you're looking for a sweet vinyl copy, Death Waltz Recording Co. has just reissued Halloween III on wax, which has been out of print for years. 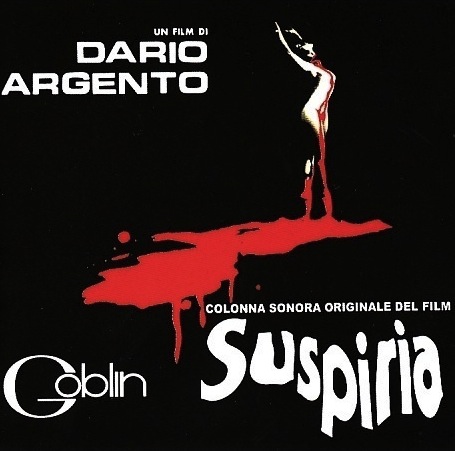 Argue if you want, but Goblin's Suspiria still reigns supreme over three decades since its release. Composed by the Italian prog titans and director Dario Argento, the soundtrack proved — and continues to prove — that, when done right, rock and horror make one powerful brew. For proof, look no further than the film's much-sampled main title theme, which sounds as chilling on listen one as it does on listen 1,000, or the tortured, wail-equipped creep-outs that are "Witch" and "Sighs," or one of the various synth-spiked groovers that litter the album's second side. If that's still not good enough for you, maybe the fact that Russia's synchronized swimming team recently won Olympic gold with Suspiria's main theme will help. The soundtrack would effectively launch a long and fruitful scoring career for Claudio Simonetti and his band, and for good reason: Suspiria is as classic as it gets, for horror, soundtracks, and rock as a whole.