Dig into the full lineup here

By Josiah Hughes
Published May 06, 2019
The Fairy Tales Queer Film Festival is set to return to Calgary for its 21st edition, and this year's festivities look bigger and better than ever. There's a lot to latch onto with the 10-day fest, and we're excited to share all of the details with you.

The festival runs from May 24 to June 2, and this year it'll take place at a new location — the Calgary Central Library Theatre. Despite its new digs, however, don't think you have to behave like you're in a library — the festival will be fully licensed with a concession stand (as well as plenty of merch).

Of course, the central attraction at Fairy Tales is the films, and there is more than enough to keep you busy this year. The full lineup, available below, is packed with gems throughout its full 10 days, but first let's discuss some highlights.

On May 24, the fest will screen The Fruit Machine, a new documentary from Sarah Fodey. The film offers first person accounts from Canadian public servants that were directly affected by the purge of gays and lesbians from the armed forces between 1954 and 1989. Its title comes from the name of the method officials used to supposedly "test" whether or not the servants were homosexuals.

A standout at this year's SXSW, Flavio Alves' The Garden Left Behind will screen on May 25. The film traces the relationship between Tina, a young Latinx transwoman, and her grandmother Eliana as they attempt to build a life for themselves as undocumented immigrants in New York City.

May 26 has two notable events with a shorts package from the Treaty 7 Film Collective which collects a series of films from Indigenous artists. Following that package the fest will offer a free 20th anniversary screening of Deep Inside Clint Star, the legendary film from the late filmmaker Clint Alberta. 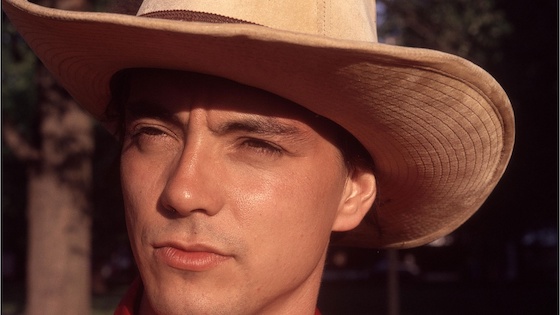 In addition to Savage Love, columnist Dan Savage is also responsible for creating HUMP!, a sex-positive adult film festival. On May 30 at the Plaza Theatre, Fairy Tales will offer a special Best of HUMP! event.

On June 2, the Central Library will offer a free program of films as part of the Identities Explored Shorts Package. As if that weren't enough, the free screening will also include free ice cream from Village Ice Cream.

Throughout the fest, there will also be panels, parties and an inclusive yoga class. There's also a family-friendly bike ride event, a drag show and a closing night party, among many other fun events. For more information, visit the Fairy Tales site here. You'll also find the full schedule and a trailer for the event below.