By Sarah Murphy
Published Feb 05, 2020
The Montreal Gazette is doing damage control after a headline from the paper was used in the recent Taylor Swift documentary Miss Americana.

The Lana Wilson-directed film shows how public opinion changes towards Swift, at multiple points compiling media headlines to reinforce those attitudes. Following the #TaylorSwiftIsOverParty on Twitter, haters called on the singer to step out of the limelight — which she did.

One clipping from the Montreal Gazette in the film shows a photo of Swift with the headline "A Talent to Annoy: You know all those things you wish would disappear but won't? Us, too" and the article text blurred out — implying that the paper was calling for Swift to go away.

But the Gazette has now published an article defending its paper, explaining that the article was actually about trends that Associated Press reporter Leanne Italie deemed to be over in 2017. The image of Swift was, in fact, used to depict off-the-shoulder shirts.

The caption on the photo, which does not appear in the documentary, reads: "Trends that should disappear after 2017, according to Leanne Italie, include cold-shoulder clothing, as sported by Taylor Swift, unicorn everything — including Starbucks' obnoxious frappucino — and spiralized vegetables. If you want pasta, just eat pasta."

As the Gazette writes in its latest article, "Hopefully, this clarification means we're out of the woods with Swifties; we wouldn't want any bad blood."

See comparisons of the original printed article and the one used in the documentary below.

From the Montreal Gazette: 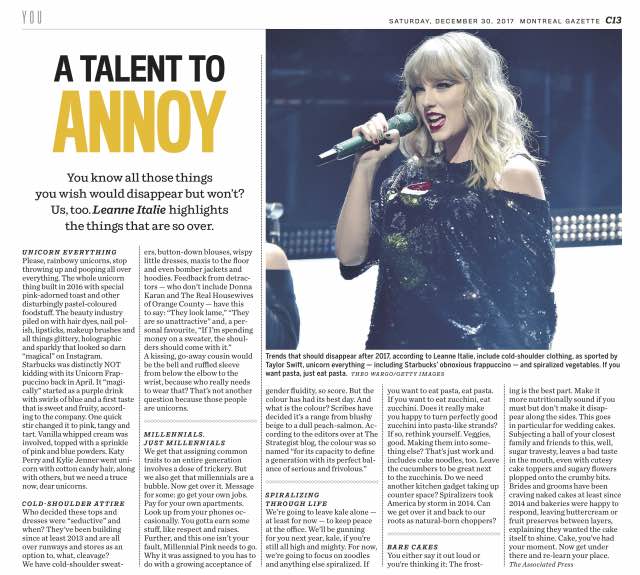 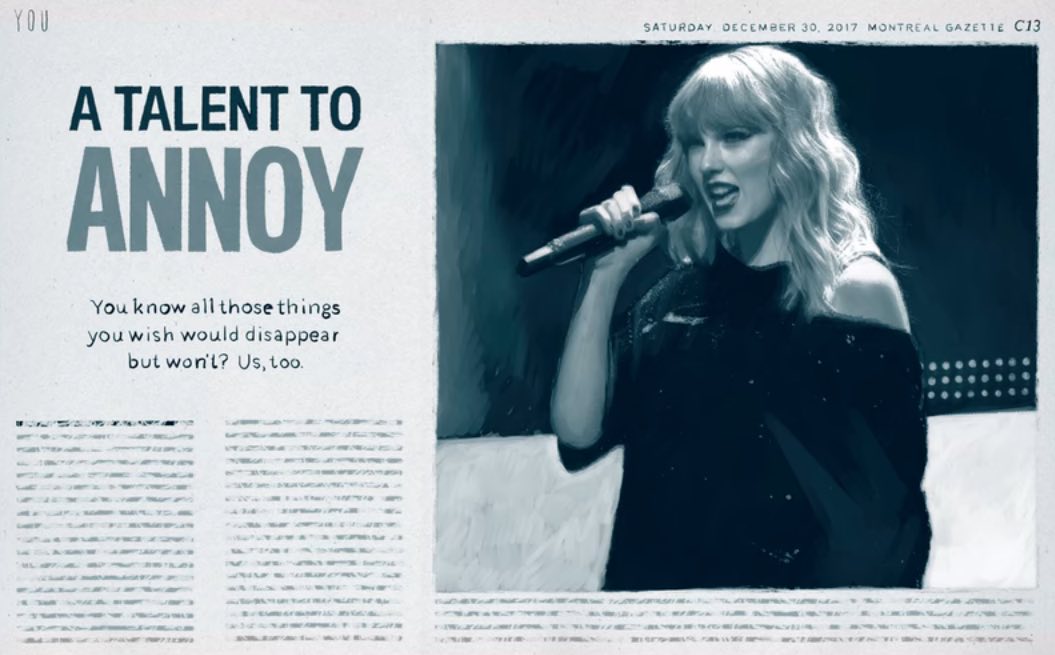