Here's the First Official Cast Photo for 'IT: Chapter Two'

By Josiah Hughes
Published Jul 02, 2018
Andy Muschietti's adaptation of Stephen King's IT was a runaway hit, so naturally everyone's been awaiting news on its sequel. Now, as shooting officially begins, an official cast photo is available.

IT: Chapter Two picks up 27 years after the events of the first iteration of the story. As such, the whole gang is back but in adult form.

Bill Skarsgård will return as Pennywise, but everyone else has been recast to represent the adult versions of the characters. As such, the film stars James McAvoy as Bill, Jessica Chastain as Beverly, Bill Hader as Richie, Isaiah Mustafa as Mike, Jay Ryan as Ben, James Ransone as Eddie, and Andy Bean as Stanley.

Peep the official IT cast photo below. The sequel will arrive on September 6, 2019. 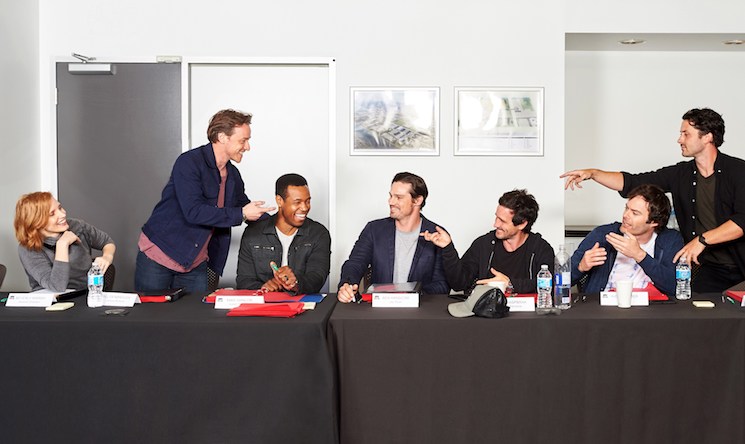