The global event will hit more than 200 theatres worldwide

By Sarah Murphy
Published Mar 05, 2020
Pearl Jam will preview their new album Gigaton at a series of upcoming listening parties, and details for the host theatres have now been revealed.

On March 25, a global listening experience will hit more than 200 theatres worldwide, delivering an audio-visual event featuring the new album — two days before its official release.

The list of Canadian theatres has been confirmed, and it includes listening parties in Calgary, Edmonton, Kelowna, Montreal, Regina, Toronto and Vancouver.

Tickets for the Canadian screenings are not yet available, but you can see the full listings and keep an eye on the yet-to-go-live ticket links over here at Pearl Jam's official website.

Gigaton is officially out on March 27 via Monkeywrench/Republic, marking the follow-up to 2013's Lightning Bolt. As previously reported, Pearl Jam will head out on a world tour later this year. See all the dates here. 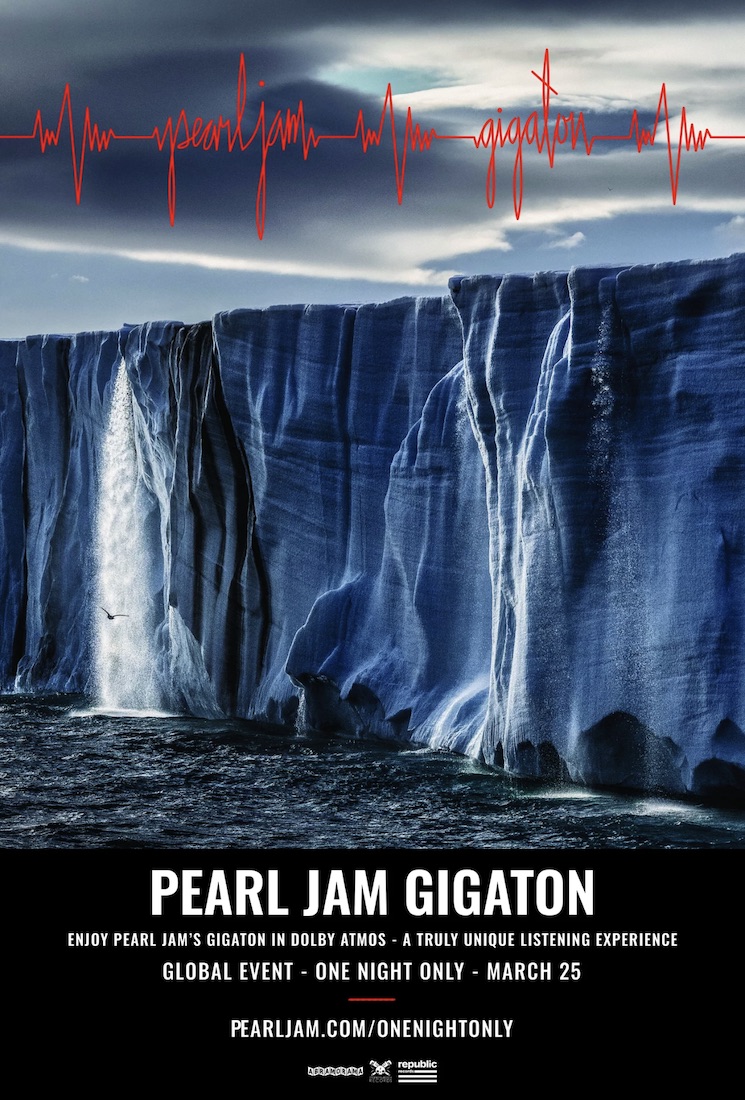