The upcoming vinyl pressing will arrive courtesy of Waxwork

By Brock Thiessen
Published Aug 01, 2017
A few years back, Waxwork Records treated the soundtrack to George A. Romero's Creepshow to a much-deserved soundtrack reissue. Now the label is once again toasting the fallen film great by giving similar treatment to its sequel.

Following much teasing, Waxwork has pulled back the curtain on the deluxe vinyl reissue for the soundtrack to Romero's Creepshow 2, which will go up for sale on Friday (August 4).

While the original Creepshow soundtrack was comped by John Harrison, the sequel features music by Les Reed and Rick Wakeman, with their work featuring "a mix of both classic, orchestral compositions and electronic, synth cues," according to a press release.

This will mark the first-ever release of the music from the film in any format, with Waxwork working directing from the original source material to remaster the release for vinyl.

As all things Waxwork, Creepshow 2 comes in different variants. There's a "Coke Bottle Clear & Black Blob" version, as well as a "Metallic Golden Brown & Deep Teal Swirl" edition. You can see both below.

The reissue will be pressed on two slabs of 45 rpm vinyl, with artwork crafted by the esteemed Ghoulish Gary. The package also has a built-in booklet featuring liner notes by Reed.

As for the anthology film itself, Creepshow 2 arrived in 1987, with Romero directing the project based on a series of stories written by Stephen King. It featured three stories: Old Chief Woodenhead, The Raft and The Hitchhiker, along with an animated wraparound story.

As previously reported, Romero passed away on July 16 following a battle with lung cancer. He was 77. 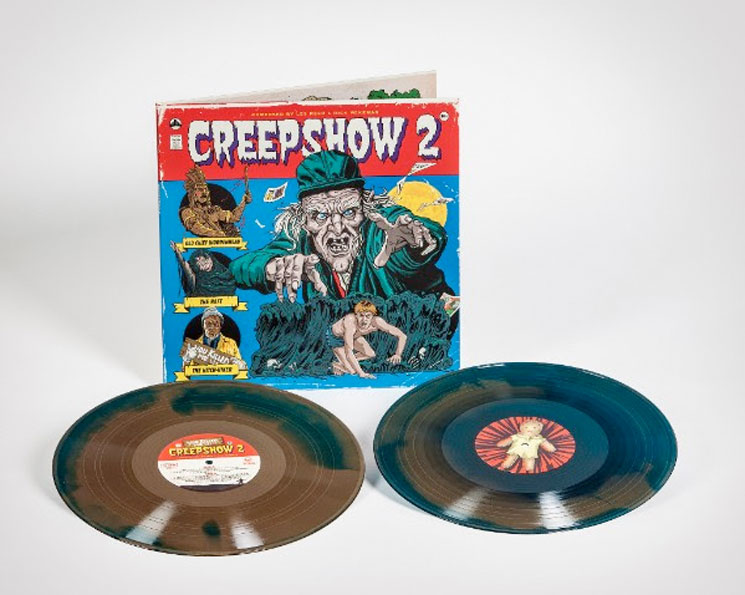 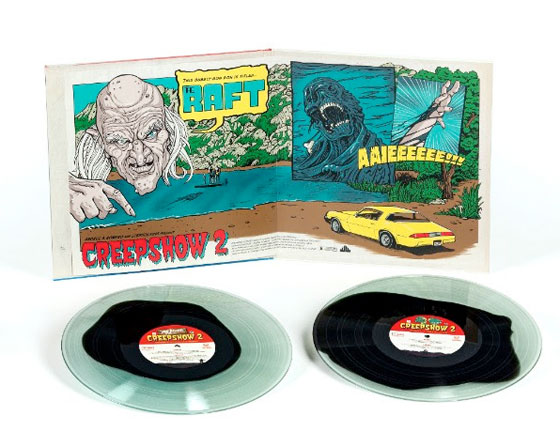