An Essential Guide to the Brat Pack

By Sarah Murphy
Published Sep 03, 2015
Although its members never really embraced the label, most of the actors that got lumped into the Brat Pack have yet to shake their ties to the slew of mid-'80s coming-of-age films that lit up the silver screen and later became cult classics. Charming, fresh-faced and stylish (at least at the time), the group of young actors burst onto cinema screens and the pages of teenybopper and tabloid magazines.

Things were at an all-time high in 1985 with the release of The Breakfast Club and St. Elmo's Fire, but the group's professional and personal relationships crumbled after a New York magazine piece — in which the "Brat Pack" name was first coined — painted an allegedly exaggerated and certainly less-than-flattering portrait of the camaraderie between ringleaders Emilio Estevez, Rob Lowe and Judd Nelson. On film, other mainstays of the group included Molly Ringwald, Andrew McCarthy, Ally Sheedy, Anthony Michael Hall and Demi Moore, while names like Robert Downey Jr., Charlie Sheen and James Spader are also sometimes included (as much for their ability to party as for their acting roles). Responsible for writing and directing many of the era's finest flicks, John Hughes also deserves an honourable mention.

But despite any consensus on the gang's official membership, one thing remains clear — the films from this era have long outlived the hairspray, shoulder pads and coke habits of the '80s to leave a lasting impression on generations well beyond their own.

Hughes' high school masterpiece, The Breakfast Club follows the exploits of five kids in Saturday morning detention. Forced to spend time alone together over the course of the day, the kids shatter familiar teenage stereotypes (the criminal, the brain, the jock, the princess and the basket case) by bonding and coming to the realization that they might not be so different after all. But despite teaching us valuable lessons, Hughes also accepts teenagers as being terrible humans that will probably just revert back to their old ways under the slightest bit of peer pressure — and totally forgives them for it. An honest, sometimes hilarious, and thoroughly heartwarming depiction of how other people can help us learn something about ourselves, The Breakfast Club stands as the ultimate coming of age story that has and will continue to outlast the '80s. 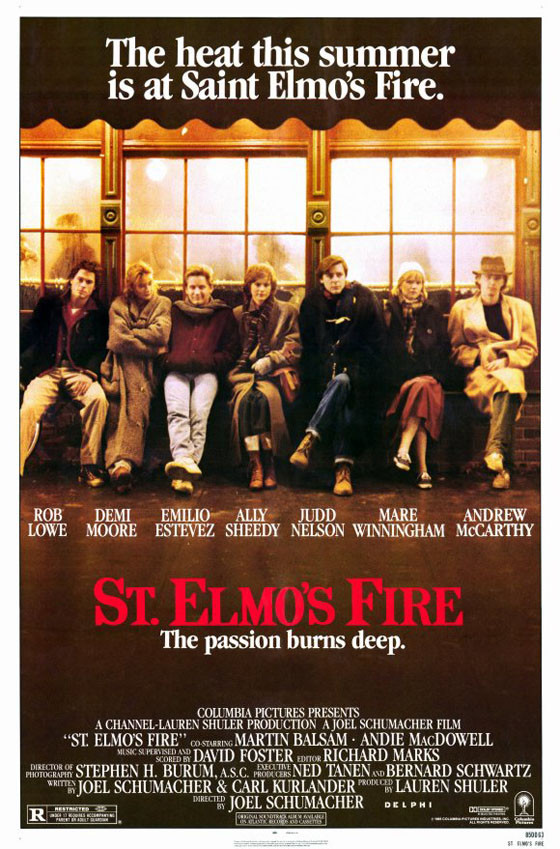 Featuring many familiar faces from The Breakfast Club, the gang that guided us through the trials and tribulations of high school reunited in this film only to inform us that — hey, guess what! — life still sucks after college. Love triangles, unplanned babies, debt and a general unwillingness to grow up and face the realities of adulthood fuel the drama in this post-grad flick that brought back together members like Ally Sheedy, Judd Nelson, Andrew McCarthy, Emilio Estevez, Demi Moore, and — most memorably — Rob Lowe as the "out of hand" sax-wielding, deadbeat dad with a ridiculous dangly earring, Billy the Kid. 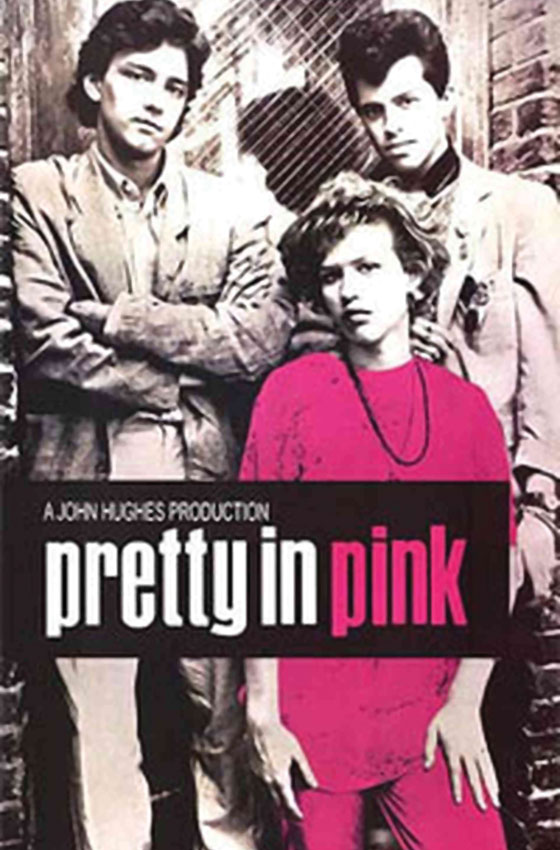 This Hughes-written, Howard Deutch-directed flick is another quintessential '80s lesson in navigating the harrowing halls of high school. Though some parts are as frilly and fluffy as the prom dresses in the finale, Pretty in Pink earnestly addresses the angst of being different than your peers. Andie (Molly Ringwald) and her adorably quirky best friend Duckie (Jon Cryer) are the economic underdogs at their school — an issue that comes to the forefront when Andie starts dating the preppy, popular, rich kid Blane (Andrew McCarthy). Her single-parent home on the wrong side of the tracks, part-time job at a record store and second-hand clothes don't seem to stack up to the standards of Blane's asshole friends, especially the excellently villainous Steff, played by James Spader. And although many consider the ending to be an unsatisfying one, it's a realistic nod to the angsty teenage realization that you can't always get what — or who — you want. 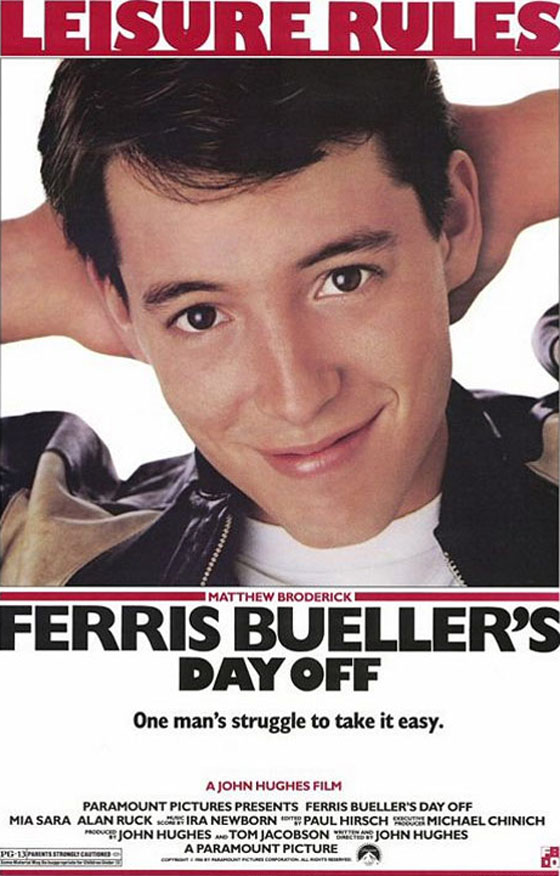 Ferris Bueller's Day Off doesn't feature any of the stars typically associated with the Brat Pack, but it was made by Hughes in 1986 and perfectly plays out every teenager's dream day — one that doesn't involve going to school. Matthew Broderick (in what may possibly the best role of his entire, hardly unimpressive career) plays the title character with so much charm that kids seeing this movie for the first time may actually be duped into thinking that the tricks he pulls off are within the reach of mere mortals like themselves. Cars are taken for joyrides, parade floats are danced upon and principals are enraged in this cheeky classic about ditching school with your best friends and enjoying life while you can. 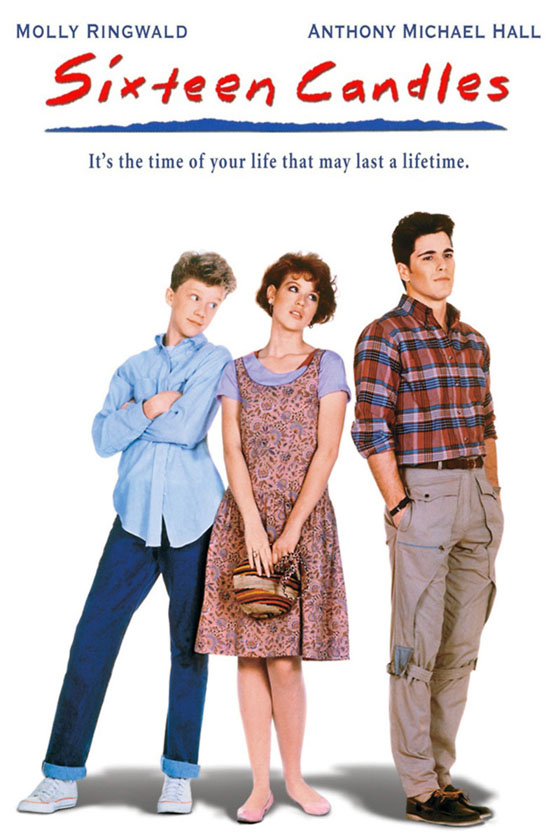 They fucking forgot her birthday. Amidst the mania of her sister's wedding, Samantha's family forgets her special day, making for a less-than-sweet 16th celebration. Ringwald plays the main character, perfectly conveying the annoying, self-centred, boy-obsessed inner workings of a high school girl's mind. The school's biggest geek, Farmer Ted (Anthony Michael Hall), spends the duration of the film attempting to woo Sam, but ultimately settles for borrowing her panties as proof of something that didn't happen in exchange for giving Sam some intel on the hunky heartthrob Jake Ryan (Michael Schoeffling) and inheriting the girlfriend he doesn't want.

It would need to be edited down to half its runtime to pass as politically correct by today's standards, but even then, the Hughes-directed flick would remain a nostalgic ode to the years of school buses, gymnasium dances, flirtatious phone calls and joyrides gone horribly wrong. (To its credit, recent editions of the film include a special feature titled "R We PC?" that addresses the portrayal of foreign exchange student Long Duk Dong and a questionably consensual sexual encounter between Farmer Ted and Jake's ex-girlfriend Caroline.) Ultimately, the main character's a totally whiny brat, but you can't help but root for her to get the cake — and Jake — that she wants. 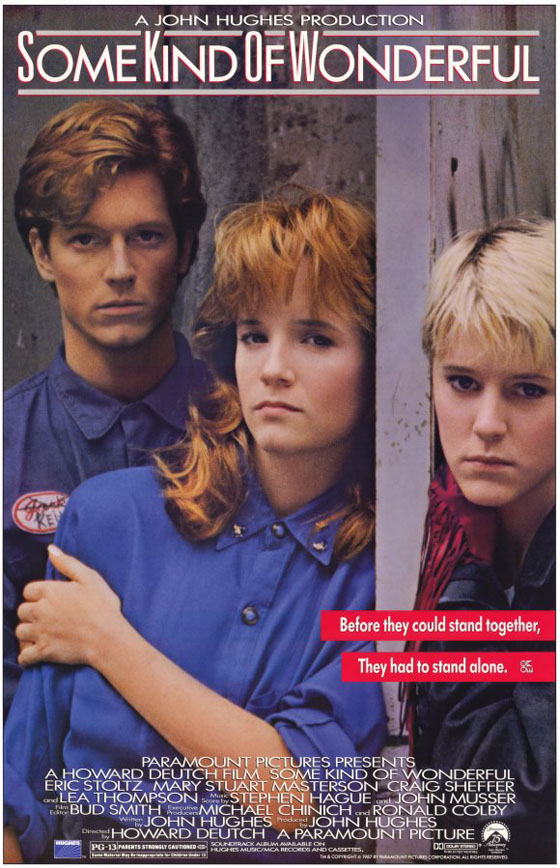 Before he was Billy the Kid, Rob Lowe was merely Sodapop Curtis emerging from the shower in nothing but a skimpy towel in The Outsiders. The 1983 Francis Ford Coppola interpretation of S. E. Hinton's classic novel came before the Brat Pack's heyday, but provided Lowe and Estevez with some of their earliest acting experience. The film also served as a career launching pad for the likes of Patrick Swayze, Matt Dillon, Diane Lane and a little buck-toothed kid named Tom Cruise. A far cry from the palatable blend of humour, romance and melodrama that characterized the popular flicks to come, The Outsiders is still worth watching to see the some of Hollywood's biggest names at their greenest.

Then there are the films that arrived on the other side of the Brat Pack's pinnacle. Some Kind of Wonderful arrived in 1987 and matched up Hughes and Deutch as a writer-director tag team once again, though they couldn't quite recapture the magic of Pretty in Pink. The working class misfits are once again paired up against the pretty, popular rich kids in this one, but anyone who tends to root for the punk-y, tomboy underdog will find the totally predictable and cheesy ending to this one a lot more satisfying than its pinker predecessor.

Less Than Zero takes a lot of liberties with the Bret Easton Ellis novel of the same name, and stars McCarthy, Downey Jr. and Spader (securing his role as the Brat Pack's best bad guy) in a sleazy tale of California, Christmas break and cocaine. So much cocaine. Downey Jr. would later refer to his character in Less Than Zero as "the ghost of Christmas future." That should give you an indication of how much darker a departure this film is from those that came just a couple years before it, but it's interesting to watch the young actors try to tackle more serious material. 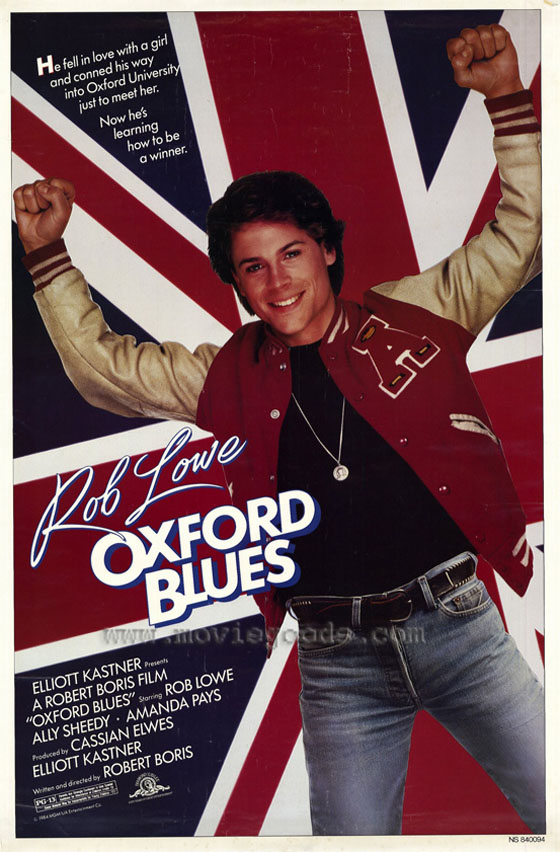 All Brat Pack movies emanate a pretty strong whiff of cheese, but in addition to the aforementioned slightly gooey, sort-of zesty and ultimately totally enjoyable silver screen stories, there are plenty that just straight up stink. 1983's Class stars a baby-faced Lowe as Skip, who becomes fast friends with his boarding school roommate Jonathan (played by an equally infantile McCarthy) after a series of good-natured pranks. But when the latter starts an affair with the former's mother, things get exactly as awkward and uncomfortable as the synopsis sounds.

Another one of Lowe's, uh, low points comes in the form of 1984's Oxford Blues. Lowe and Sheedy play a couple of Yanks studying at Oxford (Nick and Rona), and as if their totally inexplicable acceptance into the school isn't implausible enough, the rest of the story follows Nick on a quest to win over an engaged member of the royal family with his rowing skills. There are some memorable shots of Lowe rowing in skintight jeans, a leather jacket and ridiculously skinny tie, but other than that (okay, that and the shots of him training in a tiny tank top and short shorts) this movie's not even worthy of guilty pleasure status.

Finally, James Toback's 1987 effort The Pick-Up Artist introduced Downey Jr. to Hollywood as a goofy but charming ladies man named Jack who falls for an even smoother talking museum tour guide named Randy (played by Ringwald). Things take a dramatic turn into the world of debt, gambling and the mafia, but none of it is remotely believable — not to mention the fact that it's not serious enough to be considered a drama, nor funny enough to be a comedy. You're better off not picking this one up.