The 1984 consolation prize was for "Best After Party"

By Sarah Murphy
Published Aug 29, 2019
A Winnipeg man is asking for the public's help to recover a Juno Award that was stolen from his van yesterday (August 28) while he was moving.

Travis MacLean is the son of Gary MacLean from the comedy duo MacLean & MacLean, and the award that's gone missing from his van was a 1984 consolation prize.

"It's a family relic and I was hoping to keep it as long as I could," MacLean told CBC. "It was a coffee table conversation piece. It was one of my prized possessions."

MacLean also said he was in the process of filing a police report and calling local pawn shops in an attempt to track down the Juno.

See a photo of the stolen award below via MacLean's Facebook page. 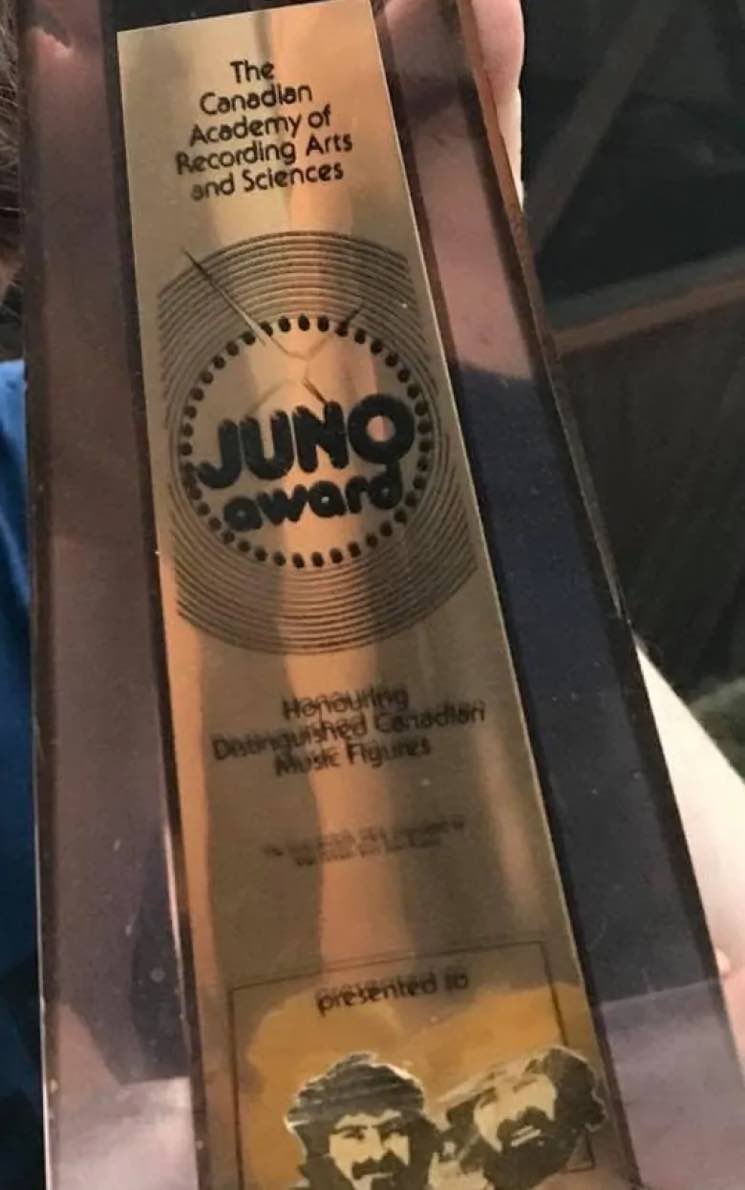