By Brock Thiessen
Published May 20, 2015
If you're looking for a truly punishing musical challenge, try becoming a Jim O'Rourke completist. Since the late '80s, the Chicago-raised, Tokyo-based 46-year-old has released a seriously mind-boggling amount of work, not only as a solo artist but as a collaborator, mixer/producer and band member. Just take a look at this lovingly detailed discography, and you'll be hit with entry after entry after entry of O'Rourkian works — and this particular discography only goes to 2006.

Ever active, O'Rourke's musical contributions stretch from sophisticated orchestral pop, to fuzz-loaded rock, to tragedy-laced folk, to avant-garde noise, free-jazz exploration and forward-thinking electronic experimentalism. And along the way you'll find names such Sonic Youth, Wilco, Faust, Stereolab, Joanna Newsom, Smog, Beth Orton and Superchunk — all of whom have worked with O'Rourke in one form or another. It's a lot to wrap your head around, to be sure, and it doesn't help that O'Rourke remains a shadowy figure, rarely taking time for interviews or discussions about himself or his music.

With this week seeing the release of Simple Songs, his first Drag City album since since 2009's The Visitor, there's more O'Rourke to explore than ever. So if you're unsure where to go from here, look no further than our Essential Guide to Jim O'Rourke. 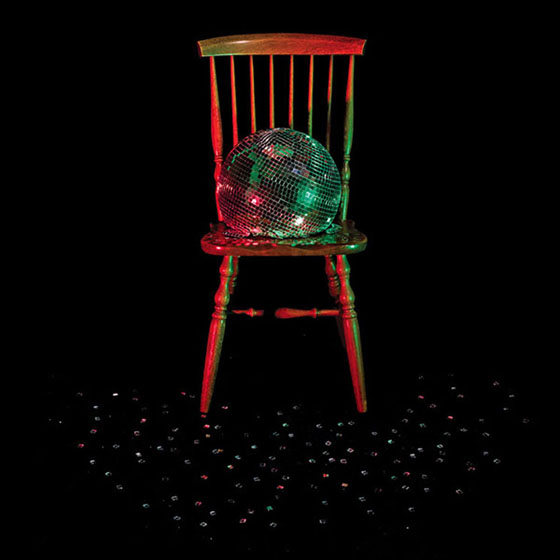 Following multiple Japanese-only releases, high-profile sideman gigs and some seriously abstract works, Jim O'Rourke made a return to form of sorts with The Visitor. It marked his first release on Drag City in nearly a decade, and as its mirror ball-adorned album art hints, it serves as a spiritual cousin to his beloved 1997 instrumental album Bad Timing — something that was welcomed then as well as now.

In a sense, The Visitor is O'Rourke embracing a newfound sophistication in his work, orchestrating what felt like a countless array of instrumental flourishes into one continuous, master-crafted 38-minute piece. Yes, the album reveals itself slowly, making you work for it as it goes from one movement to the next. But what could have resulted in one big exercise in patience becomes an album where every piece had purpose, leading to one of the biggest musical pay-offs of O'Rourke's career. 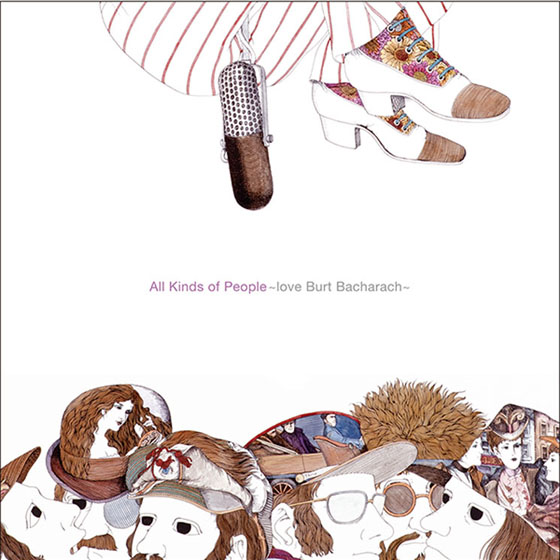 In some ways, All Kinds of People is one of the oddest entries in the Jim O'Rourke catalog, but that doesn't stop it from being one of its best. As that title implies, the album is actually a full-on tribute to songwriting great Burt Bacharach, who, as this release proves, is more similar to O'Rourke than you first might think.

Consisting of Bacharach classics like "Close to You," "Do You Know the Way to San Jose" and "Raindrops Keep Falling on My Head," all the arrangements are given gorgeous, pop-minded O'Rourkian makeovers, with the record enlisting a cast of different vocalists, almost all of whom hail from Japan. Among them are bona-fide Japanese heroes like Haruomi Hosono, Kahimi Karie, Yoshimi and Chu Kosaka, along with O'Rourke himself leading a stellar "Trains and Boats and Planes" and former Sonic Youth bandmate Thurston Moore taking on "Always Something There to Remind Me." Still, the real star of the album is O'Rourke's orchestral-geared arrangements, which are both ear-lullingly smooth and fascinatingly complex.

Frustratingly, All Kinds of People was only ever released in Japan, but if you haven't picked it up yet, the album was just recently treated to a limited vinyl release in that country if you can handle the import markup. 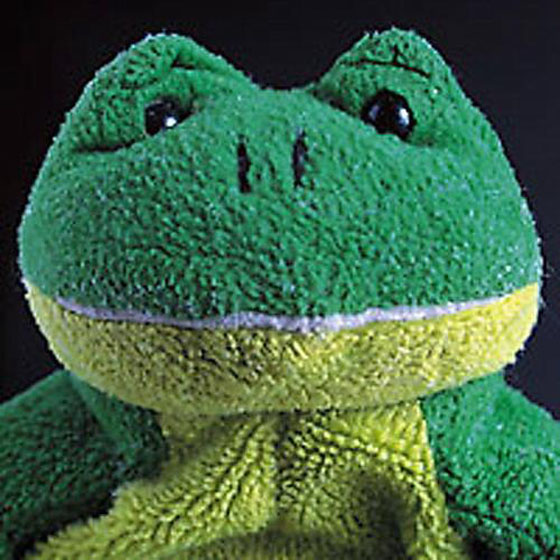 Yes, Halfway to a Threeway only consists of four tracks and roughly 20 minutes, but it still stands as one of Jim O'Rourke's true crowning achievements. Featuring fellow Windy City vets like Archer Prewitt, Sam Prekop and a pre-Wilco Glenn Kotche, the 12-inch EP shows the "Chicago sound" at the height of its powers.

Via "Fuzzy Sun," "Not Sport, Martial Art" and "The Workplace," the record offers up mind-twisting soundscapes that touch on folk, soft rock, jazz and forward-thinking pop. But not only are they graceful, each is loaded with melancholic charm, not to mention a refreshing dose of humour. Taking the cake, though, is the guitar-and-voice acoustic ballad that serves as the title track. With lines like "Can't wipe this smile off my face / As you strut by in your leg brace" and "I just can't get you to sit / You and your stupid epileptic fits," it's easily one of rock's most beautifully sombre songs but also one of its most disturbing.

Serious bonus points also go to Halfway to a Threeway — not to mention its bigger cousin Eureka — for being prominently featured in the 2002 tearjerker of a Philip Seymour Hoffman vehicle Love Liza. 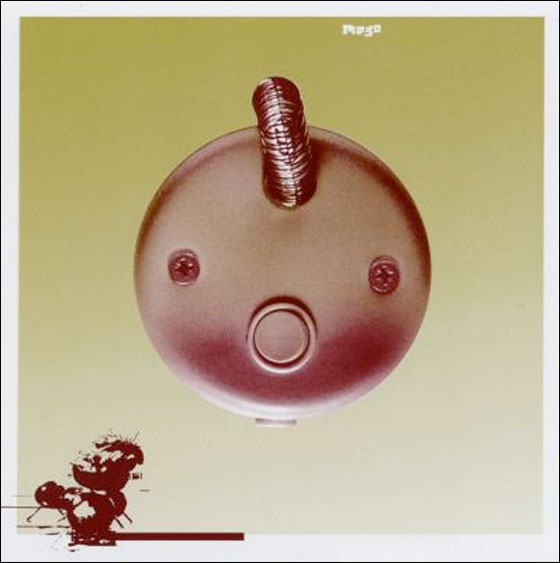 While Jim O'Rourke gained a foothold in the indie world through his orchestrally minded take on rock, he can also be at his best when he's helming nothing more than his laptop. For a little proof in that pudding, look no further than I'm Happy, and I'm Singing, and a 1, 2, 3, 4.

Released via experimental powerhouse Editions Mego in 2001, the album was recorded entirely on O'Rourke's computer live in in New York, Osaka and Tokyo, and easily marks one of his finest statements. Hitting the sweet spot between structured composition and free-form improvisation, the album is both icy cold and all-too-human at the same time, traversing glitched-out ambience via distorted sine waves, acoustic guitars and god knows what.

Running through it all, though, is O'Rourke's graceful sense of melodicism, which at times results in some of the most beautiful and touching moments of his career. While I'm Happy, and I'm Singing, and a 1, 2, 3, 4 was perfect as is, the album was reissued by Mego in 2009 as a double-CD set featuring unreleased material from the same period, making it all that much more stellar. 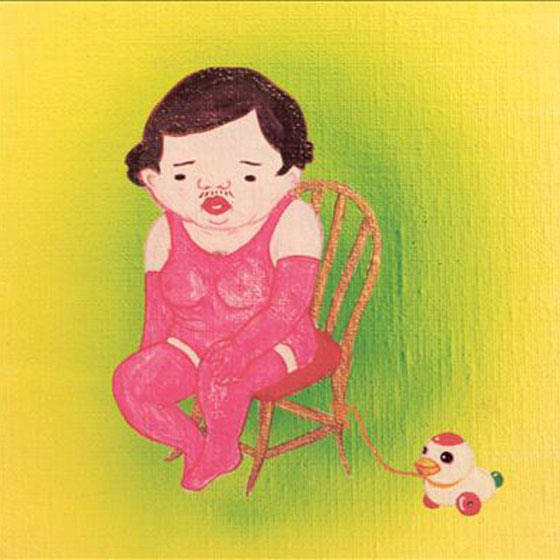 When Jim O'Rourke released the boogied-up and distortion-slathered Insignificance back in 2001, it was an abrasive shock to the senses. After all, this often brash and bold rock-geared statement came shortly after the tender pop grandeur of records like the aforementioned Halfway to a Threeway and Eureka and yet years before the fuzz-hungry and weirded-out Loose Fur project with Wilco's Jeff Tweedy and Glenn Kotche (both of whom are prominently featured on Insignificance). But while it initially threw more than a few listeners for a loop, Insignificance proved to be, as they say, a grower.

Equipped with standouts like the rollicking "Therefore, I Am," the soulful "Memory Lame" and the percussive, mind-blowing "Life Goes On," the album reveals its secrets slowly, and what first appears like straight-ahead rock/folk songs, soon begin showing deeper, more complex colours. Before long, it becomes fascinatingly clear that Insignificance a fascinatingly dense piece of work, with O'Rourke filling every nook and cranny with secret sonic gems. In fact, after over a decade of repeated listens, Insignificance still has a way of revealing something new with each turn around the record player. 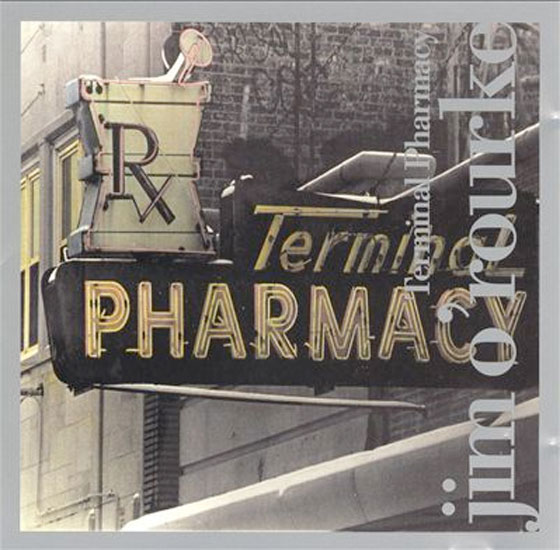 As any fan knows, there are many sides to the often shadowy Jim O'Rourke, and one of those involves a true love for the abstract. But while this has led to more than a few fascinating pieces over the years, there are those that are definitely not for O'Rourke newbies — high among them 1995 head-scratcher Terminal Pharmacy.

The first track, "Cede," is a sprawl of experimental landmines, with the piece involving thin layers of crackles, fuzz, drones and uncomfortable amounts of silence. However, that's nothing compared to the second track, which is literally a minute of nothing. As for the third, "Terminal Pharmacy," we will let O'Rourke himself explain. In the liner notes, he writes, "'Terminal Pharmacy' was generally derived from a small part of a 1992 string quartet which was to be performed, I guess, but never was, which was a good thing, because it was awful. A simultaneous speeding and slowing of material, it can nonetheless easily be termed 'music.' Oops." 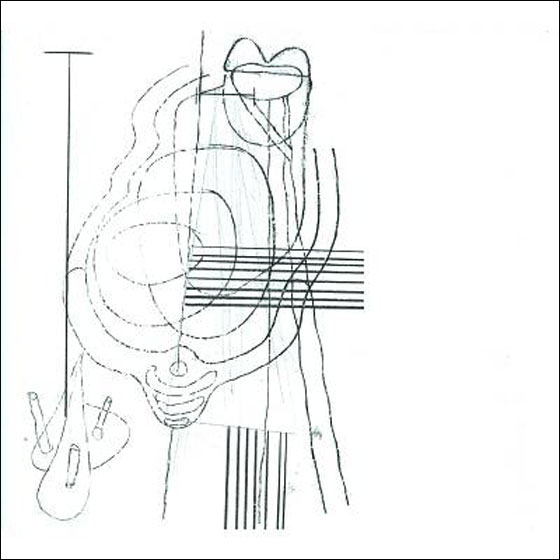 While Jim O'Rourke has a deep and rich solo catalog, often his best work has been with others. Most famously, O'Rourke served as a full-fledged member of Sonic Youth from 1999 to 2005, working on such records as NYC Ghosts & Flowers (2000), Murray Street (2002) and Sonic Nurse (2004). He also is widely viewed as the game changer behind mid-period Wilco, helping craft such classics as Yankee Hotel Foxtrot (2002) and follow-up A Ghost Is Born (2004).

Along the way, O'Rourke also became one-third of weird-rock unit Loose Fur with Wilco leader Jeff Tweedy and drummer Glenn Kotche, a key component of Fenn O'Berg (the electronic supertrio formed alongside Christian Fennesz and Peter Rehberg) and made albums alongside experimenter Oren Ambarchi. And before all that there was O'Rourke's work with '90s cult heroes Gastr Del Sol, whose 1998 swan song Camoufleur is a must for O'Rourke devotees.

Since his move to Tokyo in the early 2000s, O'Rourke has also collaborated with some of Japan's most forward-thinking musicians. You'd be wise to seek out his work with frequent collaborators Kahimi Karie, whose albums Nunki (2006) and It's Here (2010) both bear O'Rourke's stamp, and Eiko Ishibashi, who recently enlisted O'Rourke as a full-time band member and producer on the stellar Imitation of Life (2013) and Car and Freezer (2014). Ishibashi also returned the favour by providing all the piano work to Simple Songs.