By Josiah Hughes
Published Oct 10, 2013
Rising star Sky Ferreira is set to deliver her debut album Night Time, My Time on October 29 via Capitol. We've heard some songs from the record, and now we get a look at the album art.

Taking to her Instagram account, Ferreira shared the above image, which she described as an "instasafe crop." We're guessing that means the black bars aren't there for the final version, and the image of her topless in the shower includes some nudity.

UPDATE: You can now see the uncensored version of the cover below.

Regardless, the album's artwork was shot by acclaimed French filmmaker Gaspar Noé, who's best known for his cult films Irréversible and Enter the Void.

While we wait the arrival of the album, you can check out the video for "You're Not the One" below. 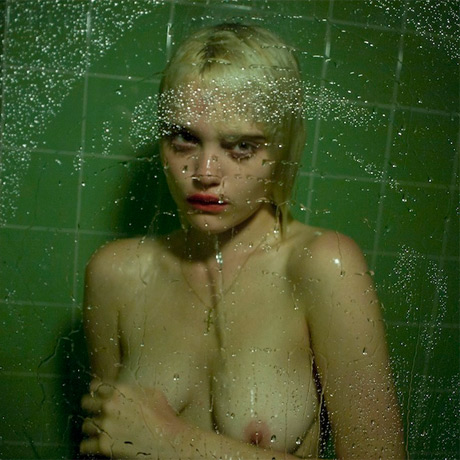