By Gregory Adams & Alex Hudson
Published Nov 26, 2014
Officially founded in 2007 (and launched in 2008), Record Store Day has become arguably the biggest annual event in the musical calendar, with dozens of artists and labels offering up exclusives, rarities, reissues and more at brick-and-mortar shops. The event has become so successful that it has even spawned a secondary event happening each year on Black Friday.

Record Store Day has stimulated lots of excitement and given stores a boost in sales, but there has also been a growing backlash against the event. Fans and stores have complained about the plethora of subpar releases, which are peddled onto the market just to cash in on the trend. And bands and labels have grumbled that pressing plants have become so backed up that albums end up getting delayed.

As such, Record Store Day's latest Black Friday celebration, which is coming up on Friday (November 28), is a bit of a mixed bag. Yes, there are some worthy releases that fans may well want to pick up, but there are also some head-scratchers that are destined to gather dust on retail shelves.

To help to pick the naughty from nice, we here at Exclaim! have assembled a list of the five best and five worst records coming to indie shops this Black Friday. See those below and the full selection of RSD exclusives here. 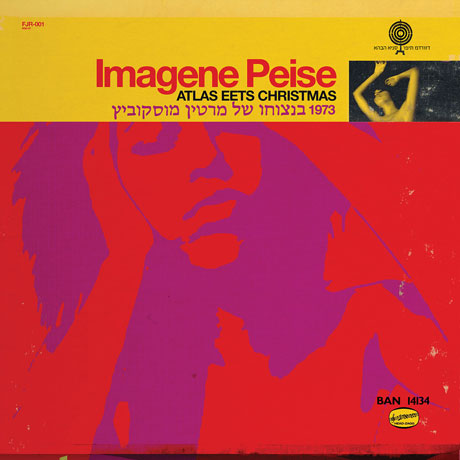 Every year, the Flaming Lips pull out all the stops for Record Store Day. Although this year's Black Friday release isn't quite as cool as some of the things the band have done in the previous years, fans of the psych rock oddballs will be happy to pick up a vinyl copy of this seasonal side-project from a few years back. The legend goes that this album was record by an 18-year-old Iraqi jazz pianist in 1978. In reality, however, it's just a pseudonym for the Flaming Lips, and this batch of yuletide classics is appropriately being released just in time for the holidays. (Alex Hudson) 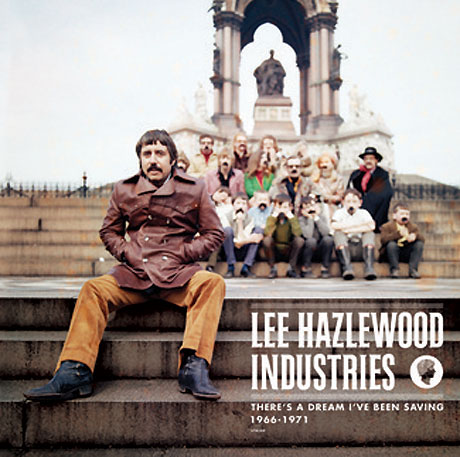 A series of album reissues has been whetting vinyl fans' whistles all year, but Light in the Attic helped kickstart the revival in 2012 with their Lee Hazlewood - The LHI Years: Singles, Nudes, & Backsides (1968-71) collection. While There's a Dream I've Been Saving: Lee Hazlewood Industries 1966-1971 hit retailers last year in a couple CD box variations, the label's massive collection saluting the "Summer Wine"-sipping songwriter is now being lovingly released on vinyl. Enclosed in the box, which highlights countless classics issued through the artist's Lee Hazlewood Industries imprint, are eight LPs, four CDs and includes a copy of the Cowboy in Sweden film. The latter should pair nicely with the analogue versions of country pop tunes like "Leather and Lace" or "Forget Marie." (Gregory Adams)

Combustible doom-rap outfit Death Grips always seemed to be flying by the seat of their pants, and they developed a habit of posting their own albums online without ever giving them a proper release. Now that they've broken up, they're finally putting out their album Government Plates on vinyl, a full year after it first came out digitally. This band were never built to last, but now fans can hang on to a new piece of their fiery output. Now, what about that previously promised double album The Powers That B? (Alex Hudson) 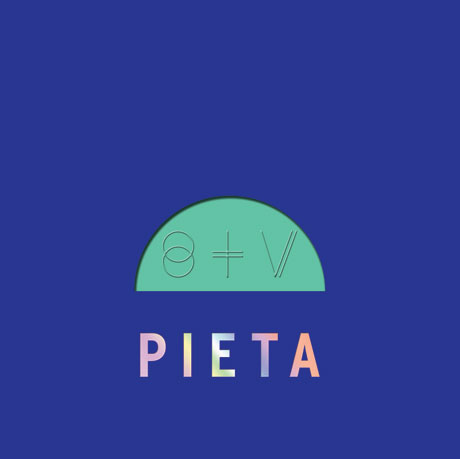 Between four fantastically skewed solo LPs and the Love This Giant album with David Byrne, St. Vincent (a.k.a. Annie Clark) already possesses one of the most exceptional bodies of work in modern times. The songwriter's Record Store Day output has likewise been pretty spot-on, with her 2012 7-inch entry "Krokodil"/"Grot" containing two of the most fuzz-fried and vicious entries of Clark's songbook thus far. This year's Black Friday release is a two-song 10-inch featuring previously unreleased songs tracked with John Congleton at the same time as 2014's smashing self-titled set. "Pieta" has been played in concert this year, with B-side "Sparrow" apparently taking on properties of Big Science-era Laurie Anderson. Both sound as if they're a pair of worthy additions to the art rocker's pristine catalogue. (Gregory Adams) 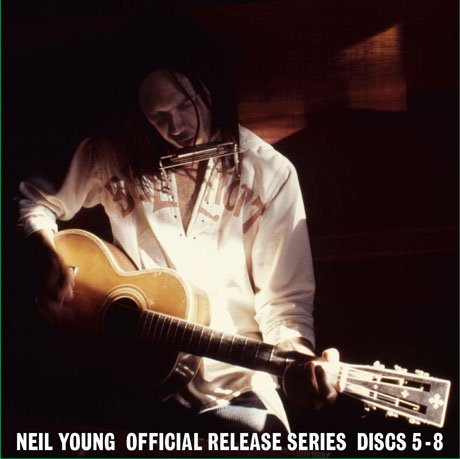 While it's not that hard to find a copy of Neil Young's Harvest or After the Gold Rush in a used bin somewhere, other albums in Shakey's prolific catalogue can be harder to track down. For instance, 1973's Time Fades Away actually hasn't even received a CD release and can be straight-up frustrating to come across on vinyl, making the second box set as part of Young's Official Release Series a boon for crate diggers. In addition to Time Fades Away, 1974's On the Beach, 1975's Tonight's the Night and Crazy Horse-assisted LP Zuma have also been remastered for the vinyl package, with artwork also restored for the archival release. If you're a fan, you may want to, ahem, "Walk On" and grab a copy of the limited-edition release at your closest record store. (Gregory Adams)

5. Phil Spector
A Christmas Gift for You
(Sundazed Records)

Phil Spector's prison sentence for murder puts a bit of a damper on our Christmas cheer, but his 1963 compilation A Christmas Gift for You is undeniably one of the greatest holiday records ever made. The trouble is that it's been reissued plenty of times in the past, and picking up a copy is as easy as heading down to the local record store and rooting through the "used" bins (or buying one of many cheap copies from an online marketplace). The fact that this is being pressed on red wax doesn't make it any more likely that we're going to fork out money for it. While we're on the subject, how creepy is Spector's thank-you message on "Silent Night"? (Alex Hudson) 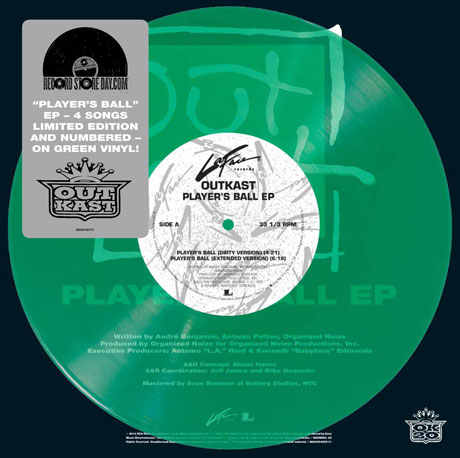 Yes, these are two separate releases, but we're lumping them in together because our problem with them is the same: they are unnecessary pressings of 20-year-old tracks we've all heard a million times already. There's no exclusive material, and putting them on fancy, colourful 10-inches (clear green for Outkast, die-cut picture disc for Wu-Tang) doesn't change things. Both of these rap groups have had headline-grabbing years in 2014, and these releases are shameless attempts to cash in on the excitement. If you want Outkast's "Player's Ball," just pick up the full-length Southernplayalisticadillacmuzik, since it already came out this past Record Store Day; if you want Wu-Tang's "C.R.E.A.M.," you shouldn't have much trouble finding the full-length Enter the Wu-Tang (36 Chambers).(Alex Hudson)

We love Ennio Morricone's classic spaghetti western soundtracks as much as anyone, but The Good, the Bad and the Ugly was just reissued earlier this year on, um, Record Store Day. Sure, this time it's coming on "smoky red" vinyl rather than the previous translucent green and sports a different cover, but what's the point in this? Are they unloading excess stock? Surely there must be some explanation here, because even a soundtrack as great as this doesn't need to be reissued twice within the same year on two consecutive Record Store Day events. After all, it's not like Morricone doesn't have countless other great albums to choose from. (Alex Hudson) 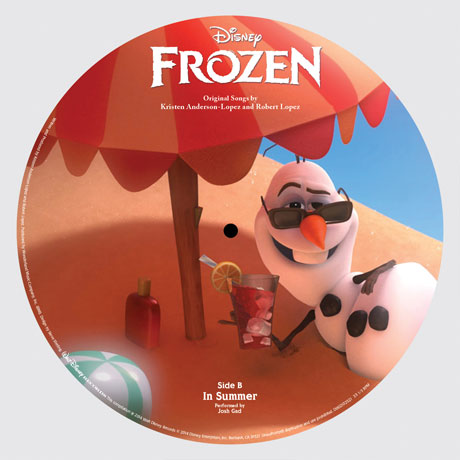 There are probably going to be a couple views on this two-song picture-disc release for the highest grossing animated film of all time. If you've got rugrats of your own, picking up a picture disc loaded with music featuring Princess Elsa and snow goofball Olaf might be a way good way to get your kids to learn the ways of the turntable. If you fancy yourself a serious collector, though, you may question the value of pressing up a flashy collector's edition of songs you know kids are just as happy to freak out to while streaming out an iPad speaker. Hell, you probably think this is just another Record Store Day cash-grab. But then again, aren't they all? (Gregory Adams) 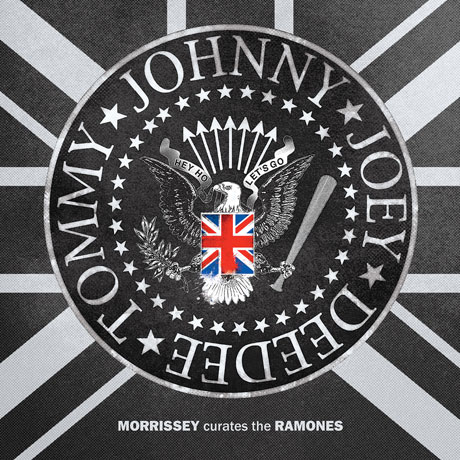 Cretins worldwide have been blasting Ramones records for close to 40 years now, and with good reason. The band wrote the blueprint for punk with their sped-up Beach Boys melodies, down-picked guitars, and hilarious paeans to sniffing glue and beating up brats with baseball bats. To say they don't deserve to have a best-of spun every now and again would be ludicrous, but let's consider the well-worn alternatives on that front that already existed before the Mozzer slapped together this latest salute. Mania, All the Stuff and More (volumes one and two), Greatest Hits... the list really does go on and on. Yes, "Sheena is a Punk Rocker" is a classic track, but we already knew this well before Manchester's number one "Pinhead" gave us his unnecessary, though official, seal of approval. (Gregory Adams)